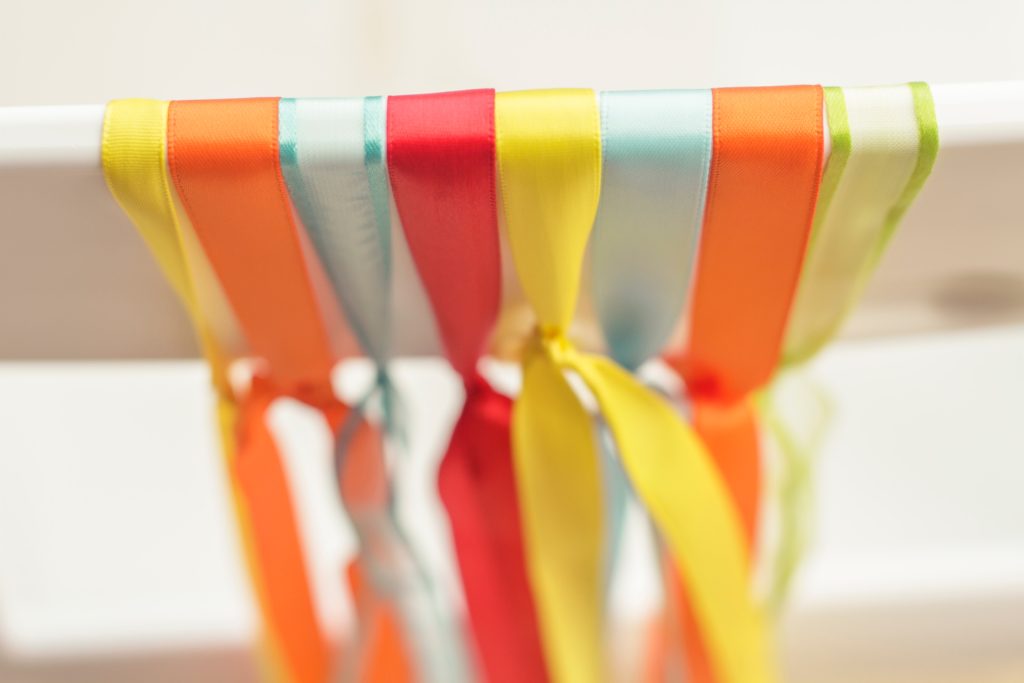 One of the oldest forms of magic and spell-weaving was that of ribbon magic or colour magic. The other old form, which we shall look at next month, is one which uses candles and fire. Along with the candle spell, the oldest spell known is that which concerns string or ribbon magic. The novice or neophyte witch had to learn to master this first, and then proceeded to candle magic.

The first lesson was learning the meaning of colours. For example, we instinctively know now that pink is often connected to love, and red is passion, but how did we know that and where does this knowledge stem from? If we look at our stores covered in Valentine’s Day cards they are a mass of reds and pinks, or Easter cards are predominantly yellow with fresh spring green.

These meanings of colour developed centuries ago and was often viewed in awe. They are the beginning of what we now call the correspondences, and these lie at the heart of magic and the Craft. Their development primarily originated from nature itself very similar to the magic that embraced them. It is for this reason that the very first magic was of the element of earth. The five elements of witchcraft are absolutely paramount in spells, magic and how we generally live. The five elements are: earth, air, fire, water and spirit (or the divine).

The novice had to learn what each colour meant, usually from looking all around them in nature and then connecting them to other correspondences. For example, the herb lavender has predominantly blue/purple flowers and lavender became known as a great healer plant, and in particular a calming, relaxing plant, no doubt due to its heady aroma. Such was its power of relaxation that it can help to put the user in a meditative state and therefore, it became used in rituals of divination and psychic awareness. Here is the first list of correspondences:

The next part the novice had to learn was how to weave these into magic and intent. One item that was readily available was string, or ribbon, something that was used to bind and was symbolic of binding your will to the spell. Thus was born ribbon magic, often referred to the spell of nine knots and extremely ancient. The spell caster ties nine knots in a piece of colour coordinated ribbon. For example, if I wanted snow I would use a white ribbon. As I tie the nine knots, each one is given a name. For example, I want it to snow, so I open the spell with the words:

By the knot of one this spells is begun, and I name you frost, second knot is sleet, third knot is hail, fourth knot is light snow, fifth knot is snow, sixth knot is heavy snow, seventh knot is blizzard, eight knot is snow storm and the ninth knot is cloud burst.

Then when I want the spell to begin or come alive, I would undo one knot at a time. The ribbon can be enchanted with the spell and each knot named and then left in a safe place until needed: it doesn’t have to be used on the day it is created.

The most important part to this spell is that each knot is bringing you further and further to your goal. For example if you wanted to cast a money spell using the nine knots, you would use a green ribbon and tie nine knots in it saying the charm over them ‘by the spell of one this spell has begun.’ You then would give them the names, or as this is a money spell you would give each one a figure like; £50, £ 100, £200, £500 and so on. The figure and price are entirely up to you.

Further, I would add, make sure you have your holy water and spray it in the area you do your spell, or create a sacred salt circle. Alternatively, rub a little salt in the ribbon before you start using it in your spell weaving just in case there is any leftover residue from someone or something else. Remember to always be precise and clear in what you are asking with spells and never try to bend the will of another person. Although the nine-knot spell can be used for absolutely anything, it was and is predominately used for weather and money spells, and not so much for love and health.

Next month, we shall look at the power of the candle and in particular fire and air magic.