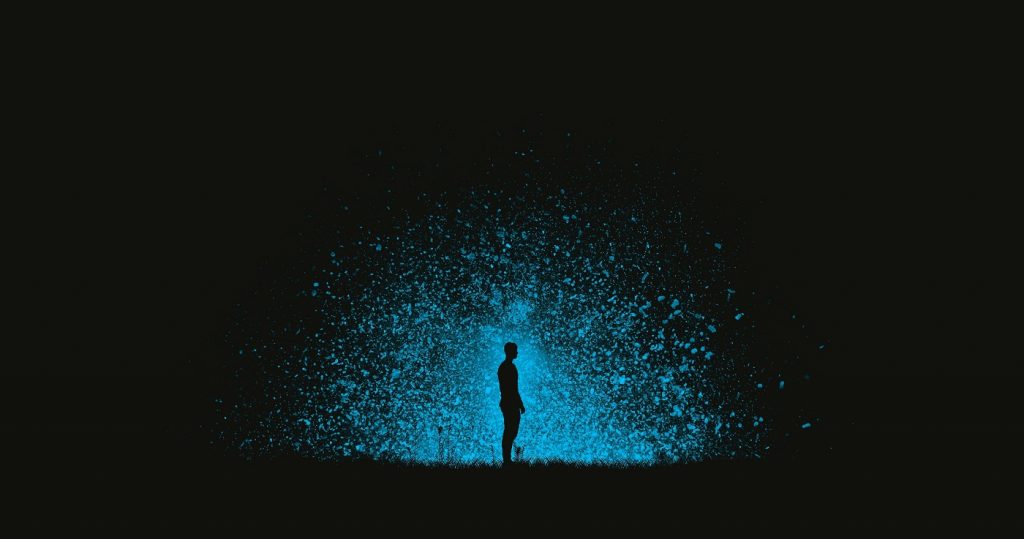 In 2005 I had grown especially curious about the implication from quantum physics that thoughts are an actual ‘something’, with the capacity to change physical matter. I wondered, is this a true power, and exactly how all-purpose is it? Are we talking about curing cancer, or shifting a quantum particle? And what happens when lots of people are thinking the same thought at the same time? Does it magnify the effect?

In 2007, I gathered together a consortium of scientists from prestigious universities. Periodically I would invite my internet audience to send one designated, specific thought to affect some target in a laboratory, set up by one of these scientists, who would then calculate the results to see if our thoughts had changed anything.

Eventually, the Intention Experiment evolved into the world’s largest global laboratory, involving several hundred thousand of my international readers from more than 100 countries in some of the first controlled experiments on the power of mass intention. Even the simplest was carried out under rigorous scientific conditions.

As it turned out, the experiments did work. In fact, they really worked. In the 39 experiments I’ve run to date, 35 have evidenced measurable, mostly significant change.

It was time for us to test whether this group mind we were measuring in the global experiments had the power to lower violence and restore peace in a war zone.

Like most Americans, I’d been forced to revisit the horror of September 11, 2001, on every anniversary for the past nine years, as every television channel relentlessly replayed the collapse of the twin towers.

With the 10th anniversary looming in the summer of 2011, I grew determined to offer up an alternative.

I spent days mulling over the kind of Intention Experiment that might best mark the date in some sort of positive way, and suddenly thought of Dr Salah Al-Rashed. A Kuwaiti from a prominent Arab family, Salah had single-handedly pioneered the human potential movement in the Middle Eastern world. He is, to all intents and purposes, the Deepak Chopra of the Middle East, and, of all people, he would be able to drum up huge participation in my experiment.

By the time of our experiment, the war in Afghanistan had been raging on for almost 10 years. We decided our target would be the southern provinces of Helmand and Kandahar, which had incurred the highest number of war-related injuries and deaths in the country.

We ran the experiment over eight days, and some 25,000 participants from 75 countries participated, many in ingenious ways: by pulling over in their car, via a giant screen at an event, from a mountaintop, even during a Native American peace pipe ceremony. For the broadcast, Salah started out with an unabashed apology on behalf of all for allowing the attacks to happen, and I returned the apology for the West’s aggressive and violent response to 9/11.

However justified America felt in invading Afghanistan after the 9/11 attacks, the fact remained that the Afghans had lost far more than we had. Most Westerners did not know that by 2011, some 100,000 innocent Afghan people had been killed, injured, detained, or deported.
For each of the eight days, during the intention, our website showed an image of an Afghan boy surrounded by white doves and an image of claspted hands – a symbol of the East and West coming together.

Then, we embarked on a patient wait of three months to see if we’d had a response.

In January 2012, NATO’s Afghan Mission Network Combined Information Data Network Exchange database and a UN 2011 report concerning civilian casualties both showed a 37 percent drop in the casualty rate that occurred among civilians and the military after our Peace Intention Experiment, specifically in the two provinces we focused on.

‘This is the longest sustained downward trend in enemy-initiated attacks recorded by ISAF’, said the report, referring to the International Security Assistance Force (ISAF), a NATO-led mission set up by the UN Security Council leading the combat operations in the regions.
In fact, compared with the rest of the country, the southwest— the target of our intention—recorded the largest decrease in casualties, an extraordinary 790 percent decrease over the month before and a 29 percent decrease for the entire year compared to 2010. This trend carried on throughout that autumn.

What made our results even more compelling was the fact that the big decreases in violence that had occurred in our target provinces of Helmand and Kandahar had not been uniformly experienced around the country. Although United States and NATO had already begun to wind down the Afghan war, that did not explain the concentrated lowering of violence in our two regions.

Something definitely seemed to be happening there, but something else was happening on Facebook and Instant Messenger, and the surveys I’d conducted of the participants about their experience, in English and Arabic. From the first day of the 9/11 Peace Intention Experiment, the participants had made an extraordinary connection with one another. During the daily broadcasts, which had an instant messenger chat room, many of our Western participants began befriending people from Middle Eastern countries – and vice versa.

‘The experience of instant messaging with people from Egypt, Saudi Arabia and many other Middle Eastern countries – during the IM messages, we wished each other peace and expressed love – made me cry’, wrote John from Tucson, Arizona. ‘It was very therapeutic for me as a citizen of the USA’.

‘This day is the day that we all felt the loss and no one felt the gain’, wrote Bahareh. ‘Your God is my God. My God is your God’.

‘It’s the closest that I have ever felt to God,’ wrote one participant.

These rebound effects seem to mirror the experiment itself. Participating in this experiment had also brought peace into their own lives, particularly their relationships. Three-quarters of participants spoke of how their newfound sense of peace had improved relationships in every regard.

They were getting along better with clients, ex-husbands, siblings, neighbours, those they normally argued with, even employers.

A majority were falling in love with everyone they came in contact with. Many had completely transformed in the way they related to other people: ‘I see myself in everyone I meet, experiencing their feelings, finding compassion.’

Many claimed to have had ‘personal miracles’ happen in their life, experienced ‘the most creative periods in the last five years’, a ‘spiritual quantum leap’, or big physical improvements of long-standing conditions.

A similar situation occurred with a recent Middle Eastern Peace Intention Experiment I ran on Nov 9, 2017. I ran the experiment from a studio that had the extraordinary capacity to connect me to audiences of Arabs from conference auditoriums in Saudi Arabia, Kuwait, Abu Dhabi, Oman, Bahrain, Jordan and Tunisia plus auditorium of Israelis in Jerusalem. All this was beamed to thousands of other participants from all over the world, watching on my YouTube channel.

We targeted the Old City of Jerusalem, which had been experiencing an increase in violence. Through the ingenuity the technical team, each group from the different countries were able to speak to me and to the people in the other eight windows. Arabs from Saudi Arabia sent love to the Jews in the audience in Jerusalem. An Israeli woman there send love back and said it was high time the women from all countries got together.

‘Your God is my God’, said an Arab from Abu Dhabi. People on both sides were crying and laughing as they recognised the common humanity in each other. The story about the experiment broke immediately all across the Middle East. A prominent MP in Kuwait acknowledged the experiment as a wonderful mechanism for promoting peaceful relations.

As Time Out Israel wrote, ‘While peace in the Middle East is neither black nor white, it’s the small efforts like this meditation event that slowly start to make a difference’. Once again, about half the audience registered a mirror effect.

‘I experienced personal release of deeply held, old, old patterns dating back to my earliest childhood’, wrote one. ‘Probably my deepest healing ever, and it has made a huge (HUGE!) difference to my relationship to my partner’.

The powerfully transformational mechanisms at work in my healing Intention Experiments and my smaller Power of Eight groups (where I place people in small groups of eight and ask them to send healing to a group member with a health challenge) appeared to be the unique power of group prayer coupled with an amazing mirror effect.

Focusing on healing someone else brings on a mirrored healing. And that’s the real point of all of this. Yes, we might lower violence in places like Damascus Gate. But most of all, what we will have created is a ripple effect of peace in the hearts of the participants that extends out to the entire world.

Perhaps praying together as a group – whether thousands together or just a small group of eight – affords a glimpse of the whole of the cosmos, the closest you can get to an experience of the miraculous. And it may be that this state, like a near-death experience, changes you forever.

‘I had the sense that although we had a specific target’, said Aimee, ‘we were healing everyone everywhere at once’. 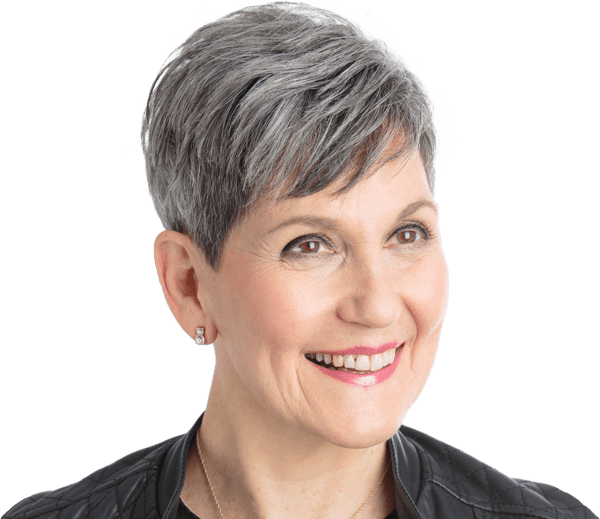 Lynne McTaggart will be speaking in person at the London Conscious Life Expo at Olympia Hilton on September 18 and attendees will be able to experience a transformational effects of Power of Eight® groups. To buy tickets for in-person or livestream, visit: