How Conflict and Uncertainty Can Lead Us to Planetary Change

This feature has been extracted from Dare to Be Great: Unlock Your Power to Create a Better World by Polly Higgins, and has been reproduced with permission from the publisher. 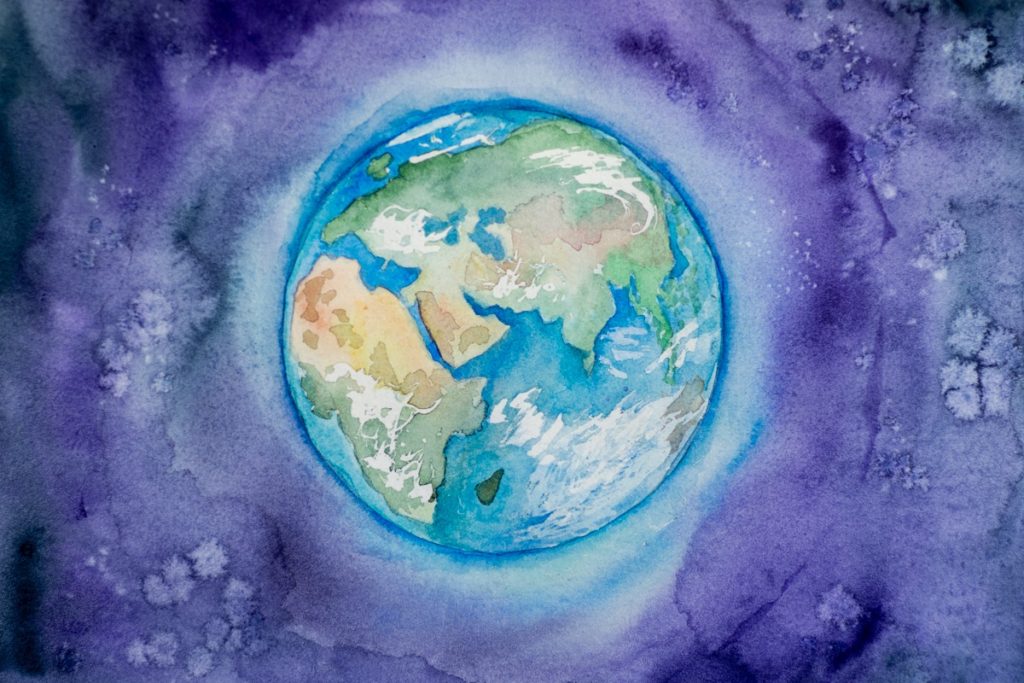 Acceptance of cultural assumptions that harm is sometimes necessary is an open-door policy for inviting conflict. So how do we resolve collective conflict – such as the acceptance of harming our Earth?

Conflict – to fight – brings with it trauma. For the person who has suffered, often their perception of the trauma is passive (in the sense that they did not choose to experience the pain); life has thrown a knock-out event that brings with it harm, suffering and loss. Pain can be revisited time and again, or it can be released. So how does the decision to no longer engage with conflict play out on a collective level? Firstly, it takes a seeking out; a calling for another way of resolving the conflict to emerge – an openness, if you like, to seeing that there is another route.

Have you ever reached the point with something that it becomes so unbearable that you say, ‘I’ve had it; I’m not taking any more of this abuse’? When that happens, the chains are broken. Collectively, when a group of individuals say, ‘enough, no more’ there is a space; a moment in time to choose a different path. That path can lead to a greater freedom. Apply that to ecocide and what can occur collectively is a breaking of a cycle of harm that keeps on playing out every day. And by creating that space for something new to emerge the call is heard by new players who can bring forward a different mindset.

What does this say about our political world? Could it be that when we begin to say, ‘Enough, this must end’ to the decisions of our political system, that the tides around us change direction? I believe so. Each ripple we send out is felt by others who then contribute to the mounting wave of intent – either politics as we know it shifts with us or it collapses. When a vision of something new emerges into new space, new players step forward. This is another choice point; to fight against the new tide, or to choose to go with the flow. It could be a moment to step aside and allow others to steer.

If it truly is a moment of choice, then that person is shifting their own perception which in turn allows them to move forward, because they are no longer stuck in conflict. For many, however, the fight simply continues and the cycle of harm plays out yet again. Conflict can play out in many ways, it may be public or private – either way, a political leader may be deposed, step down, be removed or voted out. The same happens in business. Yet, although the cycle of harm may appear to be broken, if the system does not change (and that applies equally to our own internal system as well as to the external system that we engage in), the cycle of harm will reappear soon enough and play out again and again until it is finally disrupted.

When we let go of our own inner conflict, we open up the space – the opportunity to be a catalyst for greater good is suddenly there. A very powerful example of a great man who stepped out from being imprisoned by both physical and mental means, and who became the catalyst for enormous change had this to say: ‘As I walked out the door toward my freedom, I knew that if I did not leave all the anger, hatred and bitterness behind that I would still be in prison.’ Nelson Mandela understood what it was to be free.

“Is it possible to love and at the same time respond to conflict?

Nelson Mandela worked with collective conflict resolution – he and many unnamed others who effected great change – and he understood it well. But he knew he had to let go of his own personal conflict before he could step up to something bigger than his self. He recognised that great change only comes about through the greatness of humanity. Greatness, he understood, is a collective endeavour that starts from the personal and is something to aspire to individually and together. ‘Sometimes,’ Mandela said, ‘it falls upon a generation to be great. You can be that great generation. Let your greatness blossom.’ Each time collective conflict arises, it is an opportunity for each of us to decide whether to choose to react or respond.

Is it possible to love and at the same time respond to conflict? I believe so. This is not to sidestep or wash over a source of harm; on the contrary, it is the ultimate match. To stand up to conflict from a place of love is to go to the source without bitterness or hatred. It is a moment of facing the shadow. When we face the shadow with love and speak from the heart, something shifts. If we know that the conflict represents a deeper harm that has yet to be healed, then the power of intent to bring it to an end touches us deeply. The more we meet conflict with words and actions of peace, consciously and with love, the greater the strength of resolve. There comes a point where something has to give, and harm gives way to harmony.

Anger can serve to fuel us, constructively or destructively. Harness its energy with love and we have the power to change the world. That is when we become catalysts – we literally shift energy within. Instead of anger turning into something toxic inside of us, we meet it with love and ride the wave. So let it ride, let it flow – into something far greater. Let it be the fuel that powers our own rocket, and let’s head
for the stars.

Responding from a place of deep care opens up the space to meet conflict and say, ‘I see you and I do not accept your harm.’ Identifying the conflict as a harm and giving it a name is hugely empowering. Bearing witness and giving a name brings to the surface that which is required to be remedied. 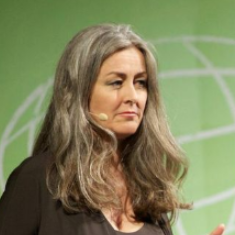 Polly Higgins (1968–2019) was a barrister, author and Chairwoman of the Eradicating Ecocide Global Initiative. She co-founded the Earth Law Alliance and was a leading advocate for Earth law. She spent much of her time writing, speaking and advising on an international law of Ecocide. She advised at all levels: governmental, legal and non-legal. Polly passed away in April 2019.