Welcome to 2021! In our first Nature’s Craft column of 2021, we’re looking at the magical history of the new year 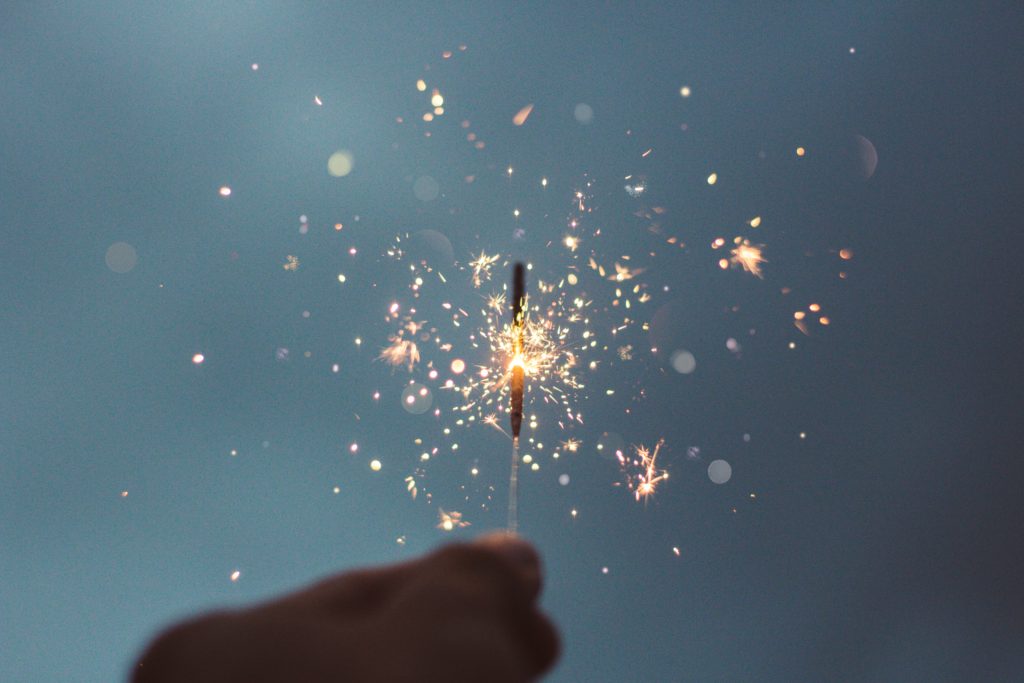 January is the first month of the year in our calendars today,  yet for past peoples of England’s ancient society, new year was celebrated at different times. The Celts’ turn-of-the-year month was October, the Anglo-Saxons’ was in September, and our Viking ancestors celebrated the beginning and end of the year at the Winter Solstice, which occurred in December.

January is a month of looking both back and forward – it’s no surprise to learn that the Roman God Janus had two faces. Yet despite its many influences, January is a magical month governed by the element of earth. The world still sleeps under its winter blanket as it waits for the dawn of February to bring light. It is in this darkness that we find the most depressive days of the year. In the Northern Hemisphere, it is important to keep your vitamin D levels up as the sun leaves us – on grey, cold days, the summer sun can feel a lifetime ago.

When you have had friends or family over during the holiday period, it might seem your house feels stagnate. You need to clear the air. You can also use this spell at work if there is negative feeling and you no longer feel ‘comfortable’ at work.

Make up some holy water – which is salt water with three drops of frankincense oil in. Shake it up and put in a spray bottle. At home, before anyone gets into your place of work, or if you are the last to leave the office, spray this water around the room and/or where you spend the majority of your time. Hold an obsidian in your hand as you do and say:

Circle of protection I invoke thee.
Let me be safe and free.
Encased within your loving embrace.
Forever protected from those in this place.

Obsidian is a good stone to have at work, as it sends negative thoughts on their way. However, you can also do this spell at home if you wish. You are encasing yourself physically with protection if confronted with something negative – just change the spell to your individual situation. At home, you could go from room to room giving a little spray here and there just to clear the air.

The holiday period is so expensive, and every year it seems to get worse. If you’ve been hitting the credit card pretty hard during this festive season, then perform a credit card spell to help you focus on clearing your debts. This spell requires you to shift your consciousness. If you wish to be free of debt and not owe any money on your credit cards, try this spell.

Place all your credit/store cards in a bowl. Next, grab a pair of scissors and cut all but one of them up. If the cards are all maxed out, cut every one of them up. You do not need them, and you are trying to be debt free. Cut the cards into four pieces and while doings so, say these words:

In months of three
I will be debt free.
The cards I do not need.
I cut up and release.
Mighty Mercury show me the way
To clear these cards with full pay.
Mighty Mercury thank you and blessed be.
An’ it harm none, so mote it be.

Set your mind to pay the cards off in three months – or you can re-write the spell depending on many cards you have. Just make sure the spell has eight lines, as the power of eight is required for this particular spell.

Think of different ways to save money. Sort through items you no longer need nor want, such as jewellery, clothes, presents that have never been opened. Sell the items that are no longer needed. For example, you could have a car boot sale or hire a stall at your local market one weekend. Every little bit of money will help when it comes to paying off your debts.

You will need a clean empty jar, a pen and paper, four coins of the highest denomination you can afford, a bay leaf and two pinches of saffron.

On the bay leaf, write your name. On the paper, write what you want the money for – for example, a car, holiday or college fund and so on. After you’ve done this, fold the paper up four times. Put the folded paper into the jar first, and then the bay leaf. Next put the coins in, one at a time, and as you do, imagine each coin multiplying ten times. After you have the coins in, add the pinches of saffron in the jar. Put the lid on the jar and hold it in your hands as you say:

Goddess Rosmerta abundance be.
Help the coins grow for me.
Money magic of Rosmerta bright.
Grow forever more with such might.
An it harm none so mote it be.

Keep the jar in a place that you will see all the time though not in view of everyone in the house. Every four days try and put another coin in the jar until the jar is full or until you have what is written on the paper. When you do have what you want empty the jar and bury the bay leaf and paper in the garden giving thanks to Rosmerta as you do. If you do not have a garden then burn them and after sprinkle salt over the remains, you can then throw away. Wash the jar and keep for re use in other magical work.

At times, items go missing for no apparent reason. Keys, jewellery, even things that you may have just put down for a moment seem to simply disappear. It is so frustrating. It could be absent-mindedness, but others believe that actual entities are up to this mischievous work. The earth elementals are notorious for taking shiny objects that jingle-jangle.

This is a little spell to be said when you are hunting round the house trying to find that lost item. Say it in every room you look in, and say it clearly so the little sprites can hear you. Here is the rhyme: