In this month’s instalment of Nature’s Craft, Tudorbeth investigates the history of glamour magic 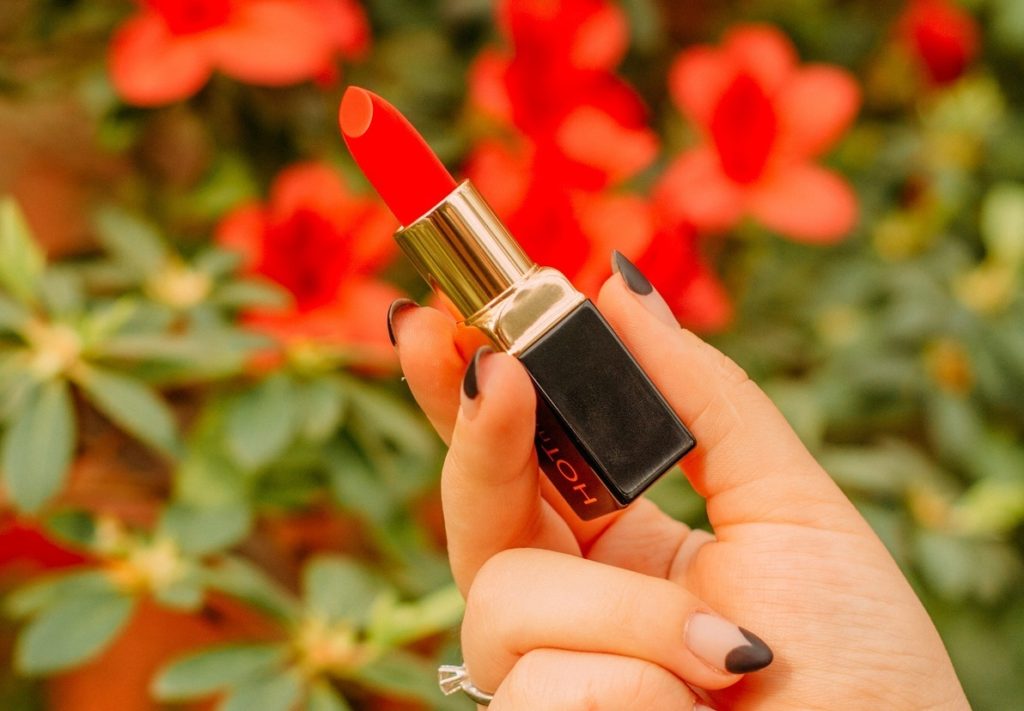 Glamouring is that part of magic which involves changing our appearance. It is entirely what the name implies: you are making your appearance appear more glamorous. It is rather similar to shapeshifting, though this entails changing the whole appearance into another being, including any animal.

However, glamouring stops short at total transformation of this kind and is really about embodying beauty in a particular form. Many cultures around the world use beautifying techniques for all manner of spiritual purposes, from elongated necks to bound feet – which are all highly dangerous. Our Western glamouring practices usually involve the enchanting of our beauty products to empower them for greater enhancement of our natural features.

Originally, a glamour was regarded as a spell cast by a witch to make somebody see things in a different way. It later came to refer to a spell which literally changes a person’s appearance. There are a number of correspondences we can use regarding glamouring, and there are two ancient cultures in particular who we turn to regarding this area of magic. One is ancient Egypt and the other is that of the Celts.

Morrigan is the Celtic goddess of battles, strife and death, often regarded as the Triple Goddess of Ireland. She is the one we pray to when we are confronted with struggles and confrontation. Although at times she can be vindictive, she is a fearsome, strong goddess and a great ally to have. She is also known as the goddess of the circle of life, as she is associated with both birth and death.

However, Morrigan is also referred to as the Phantom Queen due to the fact she is also a shapeshifter, appearing in many forms. One of these is the crow or the raven, which are her animal symbols. Incidentally, if you constantly see a crow no matter where you are, town or city or countryside, it is highly likely that Morrigan is letting you know that you come under her watchful gaze.

Her sacred plants are mugwort, yew and willow. Her colour is yellow and her element is air, due to her shapeshifting abilities. She is everywhere and nowhere at once, for the shape shifter constantly reinvents herself and can adapt to any environment.

If you have a battle coming up – a job interview or challenging meeting of any sort – and need to glamour and portray yourself as strong, confident and victorious, cast this spell. Light a yellow candle and say these words over it:

Gracious Morrigan, I call upon you.
Change me so that only I can see
The nature hidden within me.
Let my appearance be strong and true.
I am confident and right to those who view.
Great Morrigan, Blessed Be.
An’ it harm none, so mote it be.

The ancient Celts were wanderers, crossing vast distances. Their ancient trade routes brought along not only commodities but also ideas and concepts. The ancient Egyptians believed that beauty was a sign of holiness, and this may also have been an ideal held by Celts. Their attitude towards beauty and beautiful things adorning them can be clearly seen in their jewellery and designs, which are of an absolutely exquisite uniqueness seen nowhere else in history.

As with everything in the Celtic world, there was symbolic meaning attached to jewellery and make-up – social, political, or more importantly, spiritual – which is why cosmetics were an integral part of their daily lives. Traders often traded makeup, especially in the upper classes. Makeup was regarded as not only a part of the beauty regime, but also as having magical and religious purposes.

It is also worth adding that contrary to popular opinion, people in ancient times didn’t always live in a state of filth and squalor. The Romans noted that the Celts were quite particular about bathing and personal grooming. The Celts bathed frequently – every day, in fact. They also used soap and introduced it to the Romans, who had previously used sand and sticks to clean themselves. People washed their hands with soap in the morning and bathed with it in the evening, applying oil and scented herbs to their bodies afterwards.

Glamouring can begin with what is often the very first act of getting ready for a night out or important date – having a bath or shower. Create a beauty sanctuary within your bathroom and whether you shower or bath, enchant the water to create a glamour spell.

As you step into the bath or shower, enchant the water by saying this spell twice. Imagine the water taking away the dull dead skin of work and life, allowing your true inner glow to come through the new shiny clean skin.

Water of life
Wash away the strife.
Enchant my skin
With the glow from within
Bring forth my inner beauty.
Astounded are all who see me.

The Celts also combed their hair daily after a bath. The hair was especially important and was sometimes dyed, as red hair was highly regarded as a sign of strength, divinity, and nobility. Hair in general was a sign of ancient magic and power, and was often worn free. However, both men and women wore their hair in multiple elaborate curls and braids, sometimes with gold balls fastened to the end of the hair.

One of the main magical symbols worked into the hair was the Celtic knot, a symbol of unity and everlasting life.

Ancient magic meanings came through what we would perceive as everyday occurrences – bathing, grooming ourselves. So how can we can now apply that ancient magical meaning to putting on our make-up and doing our hair?

If your hair is long enough, create a Celtic Knot in it. Ask a friend to help you and follow the techniques in the pictures. You will soon get used to how to do it and will begin to make your own designs based upon it. However, remember you are not only decorating your hair, but you are performing ancient magic, thousands of years old. You are signifying the immortal existence of the soul and the earth connected together. You are empowering your hair with not only glamour, but the ability to change your appearance. 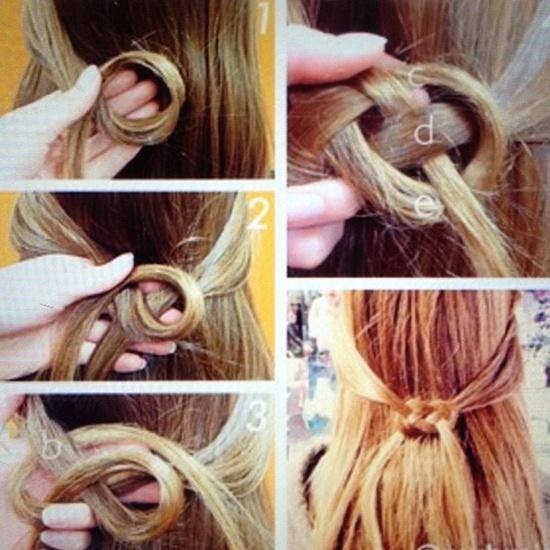 Makeup was used by both women and men for varying degrees of spiritual protection. Women sometimes dyed their eyebrows black with berry juice, and monks were also known to paint or dye their eyelids black. A plant, probably the berries or sprigs from an elder tree, was used to redden cheeks, and rouge stemming from ancient Egypt was a highly prized commodity.

Apply your lipstick with knowledge and reverence, safe in the knowledge that you are indeed protected with red lips. The mouth was always regarded as a sacred area. Although we now say that the eyes are the window of the soul, in ancient times it was the mouth – a place where negative energies were able to enter a human body. That is why we cover our mouths when we yawn – we do not want to let the devil in (of course, in today’s world there are plenty of reasons to keep our mouths covered for hygiene purposes).

We can still apply our lipstick as a form of glamour magic, especially if we are looking to entice a new lover. As you apply your lipstick, repeat this spell six times as you look in the mirror.

Ruby lips divine
Kiss me and be mine.

It seems that all across the ancient world, the drawing of a black line under your eyes was of great importance. The reason for this was also the same the world over. It wasn’t just to make your eyes look pretty, but it placing black eye liner round your eyes was to, once again, ward off evil and negative spirits and energies. For Celts it was also to bring them luck during a battle or during the day.

When putting on your makeup remember the ancient magic it is bringing with it, and as you do, you could conjure up some powerful protection. Whilst applying your makeup, say these words:

Ancient ancestors hear my call
Come to me and protect all.

Go about your day safe in the knowledge that your ancestors and your makeup are protecting you.