Judgement Detoxing and Our Well-Being: An Interview with Gabby Bernstein 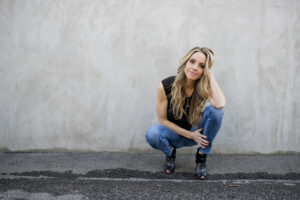 Claire: I thought we’d start off by trying to look at why soft criticism and harsh judgment of others seems to be such a modern phenomenum. It seems to be so rife at the moment. Why do you think that is?

Gabby: Well, I don’t think it’s anything new. I think it’s just more heightened now as a result of social media and the devices of the times that we’re living in. I think that judgment was always a pervasive issue. It’s just maybe we were more silent about it before. And not everyone was so public.

Gabby: Now, everyone is a public figure. So, everyone has an opportunity to have a voice and speak up. And the voices that are the loudest are often the most judgmental. So, that feels like a very big issue that’s definitely at the forefront of the times that we’re living in.

Claire: Perhaps it wasn’t so widespread in the past because we didn’t have access to other people’s judgments?

Gabby: …or as acceptable. I mean these days, it’s almost acceptable to be judgmental. We see it everywhere. It’s become such an issue that we almost rely on it in a way.

Claire: Our own self-criticism, our own self-judgment which seems to be at the root of this, that’s less visible, isn’t it?

Gabby: Well, I think our self-judgment is something that we are very obviously shameful of and we can sometimes not even be aware of. It can happen all day long, but we may not even be conscious of how judgmental we are because it becomes this natural voice that we just believe is the thoughts that we have in our mind though none of those thoughts are truly real.

Gabby: Well, love is what we’re returning to. We, in our true nature, are all kind, compassionate, loving, generous, one interconnected people. We detour into fear and we separate from that connection to love. And that’s what builds up this judgment cycle of judging ourselves, judging others, judging ourselves again, judging others. And that separation becomes an addictive pattern.

Claire: And the six steps are quite separate from each other. But can you actually cherry-pick with this book? Presumably, you have to work your way through the system?

Gabby: Yes, you can. My hope is that readers will go through the six steps because it has a cumulative effect. They will support and build upon one another. And then, once they’ve gone through the six steps and had the experience of the Judgment Detox, then they can cherry-pick. They can go back and say, “Oh, I love this practice. I’m going to use this daily”, or “I’m going to use this in the morning.”

It doesn’t have to be a rigid practice. But I did create the steps in order for a reason.

Claire: It’s very much based on your own experiences of recognizing that you are finding yourself in a place of judgment. You’ve worked this stuff through yourself. So, was there any one of those six steps that you found harder than all the others? Is there anything that you found more challenging than the rest?

Gabby: Well, the whole book was quite challenging for me to apply because I’m very judgmental. So, like most human beings, we have daily habits of judgment.

I think that the more I applied the steps, the easier the next step became because it was written in that way. And so, I had the experience personally when I was applying these steps that I hope the reader will have which is that, as you apply each step, the steps get easier.

Claire: One of the things that I found very powerful about the book was that you say you’re not going to banish judgment from your life completely. This isn’t the aim of the book. It’s knowing how to deal with it when those thoughts arise, knowing how to keep it in your life, but keep it in perspective and not act on it. And that’s very, very practical. So, basically, it’s not believing your thoughts that you tell yourself.

Gabby: That’s right. So, the goal of the book isn’t that we just abolish our judgment. The goal is we don’t believe in it anymore. And that’s ultimately what will happen which is that you’ll witness yourself in a judgmental pattern, you’ll see it and you’ll say, “Oh, that’s just not me.” And in fact, it’s realizing that that’s not the truth of who you are. That’s not what you choose to believe. That’s not who you want to be.

Claire: Is that a lifetime’s work? Is that something we have to work on throughout our life you think?

Gabby: I think that we were born with that oneness and peace and we separated from it. From the moment we were born, we began the separation. The fears of the world are projected onto us.

So, I think that, of course, as young children, we’re much more innocent and we’re much more connected. But as the years went on, that connection has dissolved. And we want to reclaim it. And that reclamation can happen through these practices.

Claire: Trying to get back to peace and oneness is something that you don’t necessarily have to be in a spiritual path for. If you’re not looking to understand consciousness, you can still get a lot from this book perhaps. So, is it aimed at all levels? Is there something in there for people who have been seeking for a long time…?

Gabby: There’s something for anyone who’s willing to feel better.

Claire: You draw a lot in the book on the wisdom of Kundalini yoga, EFT, A Course in Miracles amongst other things in there. These are quite complex systems in a way. How hard was it to make these very complex and ancient systems accessible to people in the modern world?

Gabby: Well, that’s what I do. That’s my job. It’s not hard for me because I dedicated the last 15 years to devoting my life to translating and demystifying these principles for modern day seekers. So, it’s not hard for me because these are the practices that I apply in my day-to-day life. They’re like another language that I speak fluently. I can translate pretty well.

Claire: And is there a hope that something, one of these aspects, will resonate with people that they’ll get into it into more depth then? Or do you think it’s enough just to introduce people?

Gabby: Both. I think that the hope is that they’ll take something from this practice and they’ll say, “This is something I want to live with and practice daily and master in my own life.” But even if they just have a taste of it, that’s enough.

Claire: What do you think is next after Judgment Detox? What is it that you’re going to be moving on to?

Gabby: Well, another book I’m working on in my mind called Super Attractor. It’s sort of like the next level of my book, The Universe Has Your Back. So that’s a book I’m starting to talk about and think about. I always think about books at least two years ahead.

Claire: Did writing Judgment Detox inform your decision about the next book? Is that how it works?

And then, the next book – I mean, I think that the universe tells me what to write honestly. I’m going to be very forthcoming about that. I just get a hit, and I know that this is what’s supposed to come.