The world is in need of ‘universal individuals’ who can think globally. A universal individual pledges their allegiance to the whole world family. Already there are multitudes of them who work to advance their own selfish interests. They don’t consider the negative consequences of their actions on others. The world needs individuals who are committed to prevent injustice, exploitation and inequality of opportunities for any human being. Such individuals are committed to support the development of all human beings irrespective of their race, religion, caste or political affiliation.

There is an urgent need in the world to expand our vision beyond the narrow boundaries of nationalism so that our individual interests encompass the interests of the whole world. It is time for us to recognise that the world is one interconnected global family. The latest scientific experiments in the field of quantum field theory confirm that the universe is one vast interconnected web of pulsating energy which is constantly being influenced by every thought, word and action of everyone on this planet. Our thoughts and feelings are continually sending out ripples into the infinitely dynamic vibratory ocean of existence. These individual ripples oscillate in the scintillating fabric of life and interact on a subtle level with the life of all beings on the planet. We cannot gauge the influence we are having or the far-reaching effects of our actions. Therefore, it is imperative for us to move in an evolutionary direction which serves the interests of all life everywhere.

Such ‘universal individuals’ will spontaneously have the ability to see beyond the artificial classifications which separate human beings from each other. The differences between ideologies, cultures and traditions will not be able to overshadow the awareness of the common bond shared by the whole world family. Such individuals will comprehend the indissoluble link which exists between their individual progress and the progress of the society, the nation and the world. Only such people will be capable of inspiring a lasting transformation in the dangerous fragmented clash of cultures evident in the world today.

The only solution is to work together toward a harmonious, peaceful world in which every nation transmits a nourishing influence to every other nation. We have to grow together and prosper together by helping each other in an atmosphere of mutual trust and benevolence. We can learn to integrate those elements from other cultures which elevate and enhance the strength and intelligence of our nation, and eliminate those influences which can be potentially harmful. We must learn to look beneath the surface differences between cultures, religions and nationalities to find the common thread of our humanity.

The perception of the interconnectedness of every living being weaves life into a multi-coloured pattern of integrated wholeness. This is the vision so vital in today’s world. Segregation, isolationism, the psychology of ‘me and mine’ is outdated today; it must be replaced by the awareness of ‘our planet, our world, our shared interests, our global family’. Only then can we safeguard the future and ensure that our children can enjoy an affluent world rich in harmony, happiness, health and fulfilment.

Conflicts Based on Ignorance

The conflicts, dissensions and disharmony prevalent in the world are all based on ignorance. In the state of ignorance, the awareness of differences predominates, overshadowing the awareness of the inherent underlying unity of life. By focusing on the differences, the mind with narrow vision, erects artificial barriers between people. These barriers actually divide life from itself. Such an over-emphasis on differences is caused by deeply rooted stresses in the collective consciousness of a nation.

Vision of a Higher Truth

When the mind of the individuals in a society expand beyond boundaries, and the collective consciousness of a nation is purified, the narrow limitations of vision are replaced by the vision of a higher truth, an awareness of the common thread of life which interconnects all living beings everywhere. The Vedic literature contains the exhortation: ‘Vasudaiva Kutumbakum’ – The world is my family. Every Vedic ritual contains prayers for the wellbeing, health and happiness of the whole world. In the Kalyan Prathana, it says: ‘May all become auspicious; may all attain peace; may all achieve perfection; may all be blessed’. The natural propensity to pray for the good of all people everywhere is a trait of a truly spiritual culture. When the priceless wisdom contained in the Vedic tradition of knowledge is fully enlivened in the hearts and minds of all people, world peace will become a permanent reality. 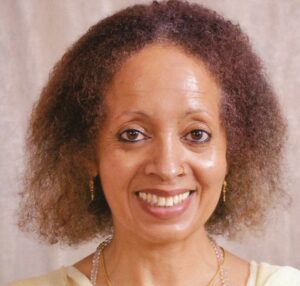 Barbara Ann Briggs is a ‘citizen of the universe’ who has devoted her life to spiritual perfection. She is the author of Pilgrimage on the Path of Love, a novel of visionary fiction available on Amazon:  amazon.co.uk/Pilgrimage-Path-Love-Barbara-Briggs/dp/1785352016
She is also a poet, a freelance journalist and a certified teacher of Transcendental Meditation. Her website is: barbaraannbriggs.com
Her YouTube channel is: youtube.com/channel/UCFHURvPPOjjj6LV1Ty2s0Sg
and her podcast link is: essenceoflife.buzzsprout.com

Posted by: Gwen Jones
SIGN UP TO OUR MONTHLY NEWSLETTER AND GET MORE OF KINDRED SPIRIT DELIVERED TO YOUR INBOX