WishCraft: The Medicine of the Imagination 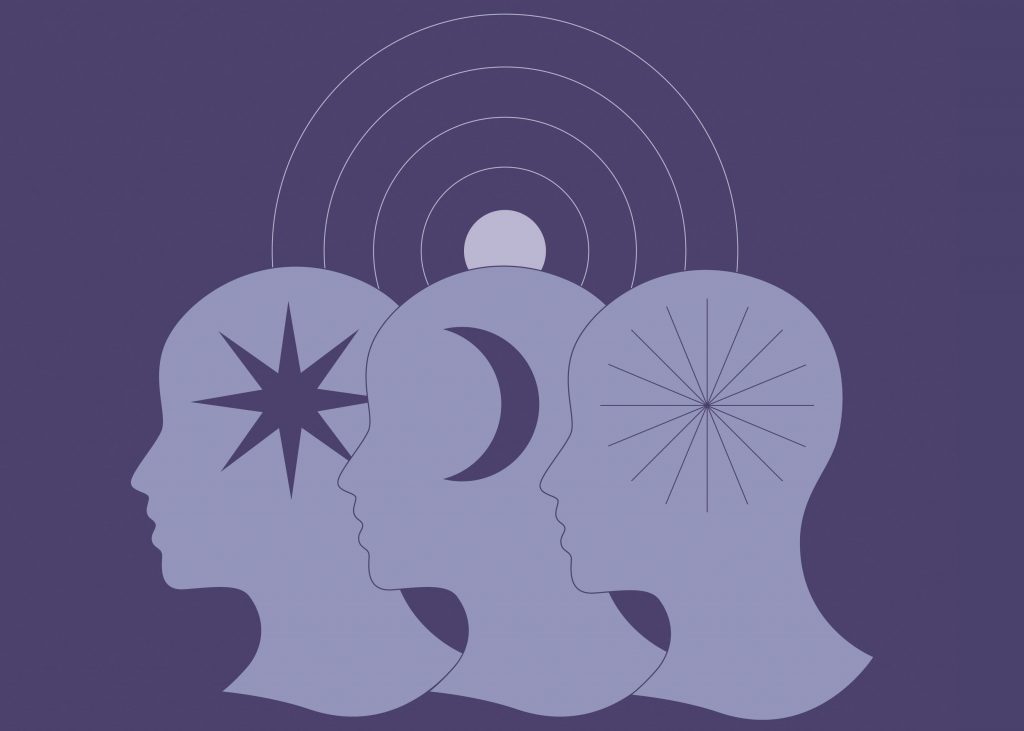 Hypnosis is one of the easiest, oldest and most misunderstood tools for transformation. Although the trance state that is accessed in hypnosis is often compared to meditation, not only is it a state of relaxation, but it is also an ideal state in which to transform thoughts, beliefs, and behaviours).

The earliest recorded example of hypnosis or suggestion therapy dates back to Ancient Egypt, where people would make pilgrimages to the ‘sleeping temples’ – now thought of as the original hospitals – in order to seek healing for all sorts of ailments. In these temples, they would be induced into a trance-like state by the priestess or priest through the use of drumming and chanting. In this trance state, the patients would connect to their local deity and a sort of ‘psychic surgery’ was performed through the use of ‘suggestion therapy’ or hypnosis.

Allegedly these surgeries would result in miraculous healing. It was presumably a powerful mix of ritual, expectation and suggestion and can be understood in modern times in terms of the placebo effect – a term that refers to the combination of ritual, expectation, and context that all play a role in one’s healing. In other words, when one believes they have been cured, measurable physiological and psychological changes produce healing results.

In the late eighteenth and early nineteenth centuries, German doctor Franz Anton Mesmer (from whose name the word ‘mesmerised’ is derived) popularised an early version of hypnosis, which was referred to as animal magnetism.

This ‘magnetism’ was said to activate a sort of ‘magnetic fluid’ or ‘life-force energy’ within his patients that would cause spontaneous healing. His approach was later discredited on the basis that it was nothing more than ‘the medicine of the imagination’. Upon uncovering this phrase in the history books, it struck me that this was, in fact, an accurate and empowering definition of hypnosis.

By extension, I like to refer to WishCraft as ‘the medicine of the imagination’. If we accept the power of surrendering our desires and worries to a (perceived) force that is greater than us (or our conscious awareness), we find that we are capable of more than the conscious mind can conceive.

This, in essence, is the power of belief. Just as the Celtic people surrendered their wishes to the gods living in the wishing wells, and just as people surrender their prayers to a higher power, in the case of WishCraft, we surrender to the imagination as a field of possibility or a force of infinite potential. This is what I mean when I refer to the beneficial act of ‘surrendering to the supportive forces within us and around us’. It is part of the process of making your dreams come true. It is the wishing well.

The idea of the wishing well has its origins in European folklore and the ancient Celtic tradition. In ancient Celtic culture water was regarded as sacred, and not only for its practical, life-giving qualities of cleansing and nourishment; many believed it had magical properties and was the dwelling place of the gods.

A wishing well could be found at the centre of many towns and was seen as a place of hope: when people went to the well, they would surrender their wishes and worries to the gods. In my workshops, I often joke that the wishing well was the original therapist.

Although the notion of gods dwelling in the water is no longer commonplace, people continue to visit wishing wells. It’s reported that wishing wells around the world make millions every year: in fact, the Trevi Fountain in Rome is estimated to collect around £2,500 a day in coins from wishes. This is a testament to how present and pervasive the practice of wishing is in our everyday lives.

If WishCraft had an official element, it would be water. Throughout history, and in many cultures, water has been, and continues to be, regarded with reverence. From the waters of baptism to the holy healing water of Lourdes, France, and the sacred pilgrimages made to the Ganges in India, water is an enduring symbol of hope and redemption and an ideal element for wishing.

In Chinese philosophy, water is highly regarded, respected for its life-sustaining powers and its ability to take on whatever shape holds it. There is an old zen proverb that states ‘the wise adopt themselves to circumstances as water molds itself to the tea pot.’ The suggestion being that water reflects and adapts to the shape of its surroundings.

Considering the properties of water symbolically and metaphorically will enrich and deepen your wishing journey. Water quite literally surrounds us: it covers 71% of the Earth and composes 65% of our bodies. What better way to symbolically surrender to the supportive forces within us and around us, than by looking to the qualities of water to guide us on how to live our lives and how to make our wishes flow into reality? It’s no wonder our ancestors have been wishing on it for thousands of years.

True transformation takes place when you realise that, at the core of your being, you are a wishing well of possibilities. The varying traditions of wishing have given humans moments of freedom in which we can choose hope over fear and the future over the past.

Wishing helps us to move beyond our limitations and labels; it opens us up to different energies and perspectives, enabling us to see beyond what our conscious minds can conceive. It encourages us to engage with a whole world of possibility within us and around us.

Water and wells are not the only things associated with wishing – far from it. Following are some of my favourite popular wishing traditions or rituals. Whether you find them silly, superstitious or super fun, they are all part of long-held traditions with practical, folkloric roots that have helped humans harness their attention as a way of manifesting hope and achieving transformation. After each explanation are suggestions for how to incorporate these into updated wishing rituals.

Ancient Greeks and Artemis, goddess of hunting and the Moon, are probably to thank for the
beloved tradition of blowing out candles on birthday cakes. It is said that cakes and other treats were brought to the temple of Artemis as offerings and were adorned with candles to emulate the glow of the moon. It was believed that the smoke from the candles brought messages or prayers to the gods. The superstition, even now, is to blow out the candles on a cake and make a silent wish.

When wishing on a birthday candle, take a moment to stare into the flame. Think of what you wish for yourself. Imagine yourself receiving it. Breathe into your heart, count to three and blow out your wish.

Wishing on eyelashes was common in mid-19th century England. The practice generally involved the wisher placing a fallen eyelash on the back of their hand before throwing it over their shoulder. If the eyelash got stuck, the wish would not come true. Another version, said to have been popular among young girls in Cornwall, called for the eyelash to be placed on the tip of the wisher’s nose; if she managed to blow it off, she’d get her wish.

If you are lucky enough to catch a fallen eyelash on your face, seize this moment of intersecting chance and destiny and blow your eyelash into the air, imagining your wish coming true.

Numerologists and mystics suggest that the symmetry of repeating numbers such as 11:11 are symbols of an auspicious synchronicity. Seeing these numbers is supposed to signal a sort of message from the Universe that you are on the right path: perhaps guardian angels are speaking to you through these number alignments (like a window from the spirit world), thus making it an ideal time for manifestations and wishes, knowing the spirits are right there by your side (or in your clock).

When you find yourself in the same moment as these repeating numbers, imagine that you just got caught in a cosmic elevator with your guardian angels or well-wishing faeries. Ask for support in your wishes coming true or trust in higher guidance and support in manifesting your wishes.

Commonly seen as symbols of love and union, dandelions were popular wishing tools in
19th-century Europe, allegedly providing insight into one’s romantic life – which explains the famous ‘He loves me, he loves me not’ chant that is repeated while plucking dandelion leaves. Dreams about dandelions were said to refer to love and marriage, and it was also commonly believed that if you blew on a dandelion and all the seeds flew away, your loved one returned your feelings; but if any seeds remained, they might have reservations, or no feelings for you at all. Dandelion tea was also purported to increase psychic abilities.

Wishing on a dandelion in a flower-filled field on a sunny day has just the amount of drama I like in my wishing, and it’s no coincidence that a conceptual dandelion graces the cover of my book.

When you next find yourself in a field of dandelions gone to seed, take a moment to choose the fluffiest one. Hold the fullest part of the dandelion, close your mouth, being careful to point in the direction of the wind. Take a deep breath in, imagining your wish. Blow the seeds into the wind and watch your wishes take flight.

This feature was first published in Kindred Spirit issue 175 (May/June, 2021) and the subtitle of Shauna Cummins’ book was incorrectly noted as ‘A Complete Beginner’s Guide to Magickal Manifesting for the Modern Witch’. The correct subtitle is ‘A Guide to Manifesting a Positive Future’.

Click here to subscribe and have each new issue of Kindred Spirit delivered directly to your door. Alternatively, you can purchase individual magazines directly from our website.

Wishcraft: A Guide to Manifesting a Positive Future by Shauna Cummins (Hardie Grant) is available now.