The Significance of Summer Solstice for Spiritual Aspirants

Sadhguru is a yogi, mystic, visionary and two-time New York Times bestselling author. Here, he writes about how the dynamics of the Sun and solar system affect humans. 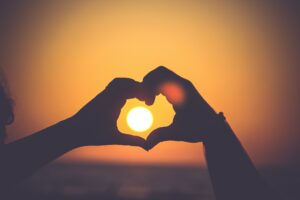 The change in the Sun’s relationship with the planet has a significant impact on our lives, particularly for people who inhabit the region of the earth between18 degrees north to 48 degrees north latitude, because this part of the earth is impacted the most by this shift.

A human being cannot escape anything that happens to the planet – I am not referring to environmental aspects – because what you call as “myself” is just a piece of this planet – a more sensitive and receptive part of the planet than what is there as earth. Whatever happens to the planet will happen a thousand-fold more within the human system. It is just that it takes some sensitivity and receptivity to experience it and make use of it.

Making Use of the Natural Cycles

Many people are making use of it in unconscious ways, not knowing what they are doing. Unconsciously, on certain days they behave in a certain way. Every human being, no matter what level of competence he has reached in his life, either a great athlete or an artist or a musician or a politician or an intellectual, whatever he may be, will for some unknown reason seem to function better on certain days and times. Similarly, for some unknown reason he does not seem to do the same things as well on another day. This is because the dynamics of the planet and the solar system are working upon you.

In the northern hemisphere of the planet, Uttarayana is the time of fulfillment, Dakshinayana is the time of receptivity. This is also understood as being the masculine phase and feminine phase of the Earth respectively. The period when Uttarayana ends and Dakshinayana begins, is when the earth changes her fabric from being masculine to feminine. This is very significant for a sadhaka (spiritual aspirant) because that is when we move into the six months known as the sadhana phase, where receptivity is good.

Uttarayana and Dakshinayana have a significant impact on how the human system functions. Accordingly, spiritual aspirants shift their tone of activity – when the sun is in the northern run they are one way, when it moves to the southern dimension they are in a different way.

The Chakras or Energy Centres

In terms of the energy system of the body, there are 72,000 nadis or energy pathways. These nadis meet at 114 junction points, which are generally referred to as chakras. Of these 114, two are outside the physical body and 112 are within. These 112 fall into seven categories, so there are seven basic chakras in the body representing seven dimensions of experiencing life.

These are just seven different levels of intensity. A pleasure seeker has more intensity to his life than someone whose life is just food and sleep. And the man who goes out to do work, who wants to create something in the world, he has much more intensity than a pleasure seeker. An artist or a creative person lives his life more intensely compared to these three people. If you move into Vishuddhi, it is a completely different dimension of intensity. If you move to Agna, much higher. If you hit your Sahasrar, you will explode into unexplained ecstasies.

Once your energies hit the Sahasrar, simply like crazy you are ecstatic. There is no external stimulant, there is simply no reason, but you are simply ecstatic because energies have touched a certain peak. Any experience that happens within you is just a certain expression of your life energies. Anger, misery, peace, joy and ecstasy are different levels of expression for the same energy. So, the chakras are the seven different dimensions through which one can find expression.

The Sun and the Chakras

During the southern run of the Sun, what is below the Anahata chakra can be purified very easily. During the northern run, what is above the Anahata can be worked much more easily. If you look at the chakras as two different dimensions, the Manipuraka, the Swadishthana, and Muladhara are more concerned in keeping the body stable, rooted. These are the earth qualities. They pull you to the Earth. It is nature. The more you ascribe your energies to these three centers, the more your qualities will become earthy and in the grip of nature.

The human body, if brought to a certain level of intensity and sensitivity, is a cosmos by itself. Everything that happens in the external sphere, in a subtle way, manifests in the body. It is happening to everybody, it is just that most people do not notice this. But a more organized and purposeful rearrangement of the human mechanism could be done if one becomes conscious of the external movement and aligns that with the movement that is happening within the human system. If you want this body of flesh and bone to imbibe the nature of the cosmic body, understanding and being in tune with this movement of Uttarayana and Dakshinayana is very essential.

Ranked amongst the fifty most influential people in India, Sadhguru has been conferred the “Padma Vibhushan”, India’s highest annual civilian award, by the Government of India in 2017, for exceptional and distinguished service. His approach does not ascribe to any belief system, but offers powerful and proven methods for self-transformation. Sadhguru’s flagship programme is called Inner Engineering Online. 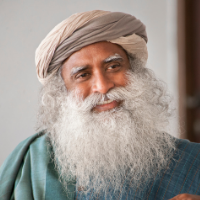 Ranked amongst the fifty most influential people in India, Sadhguru has been conferred the “Padma Vibhushan”, India’s highest annual civilian award, by the Government of India in 2017, for exceptional and distinguished service. His approach does not ascribe to any belief system, but offers powerful and proven methods for self-transformation. Sadhguru’s flagship programme is called Inner Engineering Online.