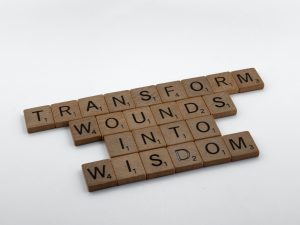 As Dr Joseph Burgo explores in his book SHAME, “shame is a family of emotions”. Shame straddles an array of emotions that all humans experience, from moments of embarrassment to an underlying, hidden core belief about who we fundamentally are – “I am not enough”, “I am broken”, “I am not worthy of love, belonging and connection”.

We first experience shame in early childhood when we learn that love, validation, acknowledgement and acceptance is conditional – based upon our behaviours meeting the expectations of our caregivers and others. Our first experiences of shame depend primarily on how our caregivers interacted with us; did we receive love, were healthy boundaries modelled to us, were we encouraged, did we feel safe, did we feel we mattered?

Every child seeks expression, safety, authenticity, adventure and connection in life. As we will discover later, this child lives within us all.

Shame is born and ‘programmed’ within the family – whatever that looked like for us where roles are played – with masculine and feminine role models either present or absent.

Shame can be triggered by a memory, a sensory stimulation, a facial expression, a word, even a tone of voice. When shame is triggered, we immediately feel threatened and experience sympathetic nervous system arousal: fight/flight/freeze/facade. Our chest gets tighter, jaw clenches, breath becomes shallow, brain starts to go offline – logic disappears and we become reactive.

Externally, often shame appears as closed body language, lowered gaze, not meeting eye contact. It can also present as chest puffed up, staring eyes and an immediate call to arms.

John Bradshaw notes in his book Homecoming, “A child whose development is arrested – when feelings are repressed, especially the feelings of anger and hurt, a person grows up to be an adult with an angry, hurt child inside of them.” It could be another dominant emotion – maybe jealousy or fear because the child felt suppressed, controlled or not attended to – in which case the adult may grow up with a need to control, to take, to possess, or to fear closeness and ultimately abandonment.

Cultural programming across many generations shapes how we grow up and show up in the world as adults – with a child’s unmet needs and hidden shame inside.

The yogis use the model of Panca Klesha: the Five Afflictions Known to Mankind – Misknowing; Ego Dominance; Attachment to Pleasure; Aversion to Pain and Fear (ultimately of death).

Our Ego consists of facets of our personality and life experiences shaped over time – an internal representation of our experience of our family. Our internal family comprises the roles of Mother/Father/Child. Our internal voice – the voice that encourages or berates us – originates in our cultural and ancestral programming.

Let’s take a look at the role of the internal Father and Mother ego personalities (masculine and feminine). Often explored in a therapeutic process known as Reparenting, the origin is psychologist Carl Jung and his work The Archetypes and the Collective Unconscious. The inner child is Jung’s Divine Child archetype, later popularised and reframed by John Bradshaw’s work with the Wounded Inner Child and Lucia Capacchione’s Inner Child Healing through art therapy.

The masculine energy of the Father, in his mature ‘light’ aspect, validates us for who we are and acknowledges what we do in the world. While in his immature ‘shadow’ aspect, he dismisses, criticises, dominates or abuses us.

The feminine energy of the Mother in her mature ‘light’ aspect encourages us, nurtures us and teaches us boundaries and consequences, while in her immature ‘shadow’ aspect, is anxious and worries and discourages us.

When an inner child has unhealed wounds, the adult experiences patterns of dysfunction throughout its life and relationships.

Masculinity encapsulates qualities, traits, actions and behaviours beyond the simplistic definition of the biological male sex, including roles associated ordinarily with men and boys. The masculine and feminine are both present in all of us, regardless of our gender and sexual orientation.

Many men don’t have the embodied knowledge of how to live as their highest Masculine selves because this has not been modelled to them at home and in society. The importance of spreading the knowledge and wisdom of the archetypes of both masculine and feminine cannot be underestimated.

Circling back to Jung, Archetypes are unconscious patterns of behaviour and thought that evolved during humanity’s evolutionary journey across thousands of years. Archetypal behaviours exist within us all at different stages in our growth and development. Each archetype has a mature light and immature shadow aspect – and when the shadow is in charge, as Jung wrote, “as a rule, unconscious phenomena manifest themselves in fairly chaotic and unsystematic form”.

The deepest shadow aspect of masculinity seen in society is, arguably, the most dominant and invisible ideology: Patriarchy. Particularly in the West, generations of typically white/caucasian men have dominated and controlled society at all levels. To use two cultural examples, in the UK this is implicit (read between the lines to see, because the British, culturally, hide the shadow beneath the surface), whereas in the US, this is explicit – in plain sight. Racial oppression and suppression, misogyny, homophobia and transphobia, vilification of immigrants, the divide between rich and poor are all the result of patriarchal rule. Patriarchy is rooted in the unhealed wounds of immature masculine archetypes.

Let’s take an overview of four of the key masculine archetypes according to Jung: The King, Warrior, Lover and Magician.

Understanding the basic framework of archetypes and the origins of shame, we can explore with curiosity the systems of power, including big business (global broadcast behemoths – print and broadcast media, pharmaceutical and petrochemical giants) and Government operating around us in the world and how they influence society.

A friend of mine, poetically and with some sadness, described the awakening that has occurred as a result of growing unrest and the global pandemic as seeing that society’s eyeglasses have fallen from its face into the dirt. When picked up and cleaned, people aren’t just looking at statistics any more on the news and in their social feeds. People are starting to actively understand the patriarchal structures they are all linked to and how this system interacts with us on a daily basis. And instead of just accepting it, people are beginning to accept it’s a basic need for all people – black people; women; LGBTQ people; all cultures; even the natural world – to be safe, protected and respected, and for all men, all people to share these ideals.

For men to be effective allies, first and foremost men need to learn how to witness their unhealed wounds, and to seek safe spaces to feel their pain and speak of their shame with other men. To be held in a strong, encouraging brotherly community with other men. Make no mistake, masculinity needs to be held accountable; however, men and those identifying as men, need safe spaces and time to heal and mature. 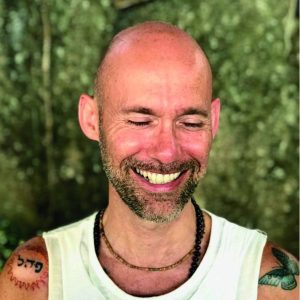 Andy Nathan is a Writer, Holistic Coach specialising in shame and sabotage, Yoga & Meditation Teacher, Men’s Work Enthusiast, and Breathwork Facilitator based in the UK. Andy lives with his two cats Connie and Mo. Andy is the creator of the REWIRE Holistic Coaching Programme, and his next workshop “How to Stop Self Sabotage” takes place on Saturday 15 May 2021.