The Power of Placebo 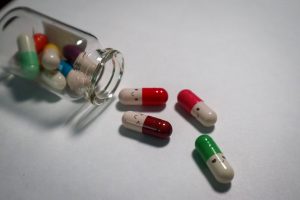 Next time you pop a painkiller, ask yourself how much you believe in it. How well a painkiller works actually depends on whether you believe it will help you or not. It even works better if you have to pay more for it.

A study of aspirin given to 835 women found that if it came in expensive packaging, it worked much better for relieving headaches than if it came in plain packaging simply labelled ‘analgesic’. This is why most people find that Panadol works better for them than paracetamol, or that Nurofen seems to work better than ibuprofen. They’re the same drugs, just with a ten times price difference.

More interesting than this, though, is that in the aspirin study, a placebo in expensive packaging worked better than one in plain packaging. The expensively-packaged sugar pill was almost as good as the plainly-packaged aspirin.

How much effect can a placebo really have?

People can even believe opposite things about the same placebo and get opposite effects from it. If you believe that a placebo pill will reduce pain then it will generally do that for you, but if you believe it will cause you pain then it will do that instead. A belief that a pill will help you relax will cause it to have a calming effect on you, and if you believe that the exact same pill is a stimulant, it will make you agitated and can even increase your heart rate and blood pressure… even though it’s a placebo. You can even get drunk on alcohol placebos.

In a study of asthmatics, 40 people were given an inhaler containing a water vapour placebo, which they were told contained allergens that would restrict their airways. Shortly afterwards, 19 of them went on to suffer considerable constriction of their airways. 12, in fact, had a fully-blown asthma attack. When they were given a different inhaler and told it would relieve their symptoms, it did, even though it was a placebo too. One person in the study even developed symptoms of hay fever when they were told that the inhaler also contained pollen.

Colour can act like a placebo too. One study tested both blue and pink stimulants and sedatives on students, with the students unaware that all were placebos.

Even though they were placebos, the blue sedatives were 66% effective, compared with 26% for the pink sedatives. In other words, the blue placebos were around 2.5 times better than the pink for helping people to relax. Blue is generally believed to be a calming colour: it’s what the colour means to us that matters, and that meaning informs what you believe it will do.

Where you live also affects the power of a placebo. In a US study of migraine treatments, placebo injections were found to be 50% more powerful than placebo pills. But a UK trial found that placebo pills were about 10% better than placebo injections. The reason for the difference? It’s in our cultural language. People in the US speak of ‘getting a shot’ so they believe in shots more, but we talk of ‘popping pills’ in the UK, so we put our faith in pills.

How can we use the placebo effect to our benefit?

Your mind is very powerful. What you believe matters. How do we make this work for us?

Belief is now known to cause physical changes in the brain. It’s how the placebo effect works. Your brain produces the substances it needs to produce to deliver what you believe is supposed to happen. When a placebo works as a painkiller, it’s because your brain produces its own natural painkillers (your own version of morphine on tap) and these deliver the result you expected.

Imagination does something similar, stimulating the brain to produce what it needs to produce to deliver what you imagine happening. Of course, this doesn’t mean we should try to use our minds instead of taking medical advice. The effect of imagination is weaker than that of good food or medicine, and it requires repetition to have an effect. But studies suggest that if we supplement medical advice with visualising wellness, it may help us recover faster.

In a randomised controlled clinical trial, women going through treatment for breast cancer, but who every day also visualised their immune systems acting like piranha fish destroying their tumours, had a higher immune response than those who didn’t visualise and key components of their immune system were measured as being much less harmed by the chemotherapy they were receiving.

The mind isn’t necessarily a substitute for medical advice, but it can definitely be a supplement.

This feature was originally published in Kindred Spirit issue 174 (March/April 2021) available from 25 February, 2021. Click here to subscribe and have each new issue of Kindred Spirit delivered directly to your door. Alternatively, you can purchase individual magazines directly from our website.