In each issue, a guest witch shares her wisdom. Kelly-Ann Maddox shares how to create one-of-a-kind spells just for yourself 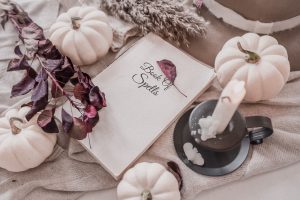 As a witchcraft mentor, I am often asked how to put together the most power-packed spells – the ones that really get results. Of course, there are so many pre-written spells in books and on websites that you can try out, especially if you’re still fairly new to the whole magick-making thing. But you’re likely to get a deep instinct sooner or later that personalised, one-off spells have the best chance of working because they will be filled with your ideas and are therefore likely to mean so much more to you.

As you feel deep emotion during the casting of the spell – experiencing desire for the result you’d like it to bring in – you are feeding your vital energy into the magickal process. Choose actions, ingredients, timing and words that you feel connected to, keeping the design of the spell as authentic as possible. If you’re wondering how to construct your one-of-a-kind working, here’s a three-step guide from my book, Rebel Witch, to help.

Step 1: Declare the intention and symbolise the problem

In this first part of the spell, you might want to confirm verbally or visually whatever it is that you’re going to change. You could lay out some objects that visually describe what you’re seeking to bring in and then say some words over them to declare your intention for what is to come. For instance, a red string around a poppet could symbolise heartbreak that you intend to heal; tarot cards could symbolise a family issue that you want to deal with; an unlit candle could symbolise the perfect job.

Step 2: Focus on your desire and fully lean into your power

This step is your opportunity to get your desire into your heart and mind. Focus intently on how much you want it, and will it to happen. You can do this while visualising, chanting or drumming, and speaking high-powered words to command the change to happen.

Following on from the examples in the last step, now is when you cut the red string from the poppet; add more Tarot cards to symbolise the positive change you’re bringing into the family dynamic; light that unlit candle. Remember, while you’re speaking and/or taking any action during this step, focus on your desire and your power to make it a reality.

Step 3: Give it a powerful send-off

If you think of the first step as the lighting of a fuse and the second as the fuse burning down – well, here comes the explosion. This is the point in the spell at which you can give it a good send-off. Lots of witches like to do this by saying some words to confirm that the intention has left the building and is officially on its way into reality. I like to say, ‘This is the will of a witch’s heart. Let it be so’. I find that those words just give the whole shebang some extra-strong muscle.

You don’t need to use words, though. Maybe you could choose a hand gesture, noise or body movement that symbolises you sending the magick where it needs to go. For some magick-makers, the preferred send-off is a good old-fashioned orgasm!

You can arrange your spell designs so that they follow this three-step framework if you’d like, but feel free to deviate from it. You may feel like dressing up to do your spell, or timing it so that it happens during a specific moon phase.

After the spell has been cast, you could write down what you did so that you have a record as a reminder. The spells that work particularly well can be useful templates for designing workings in the future. For instance, you may look at your accounts of previous workings and realise that the most effective spells tend to be the ones which contain a certain ingredient or happen at a certain time. You can then include that element in future workings if you like. Follow your intuition and keep it esoteric, honey bees.

A truly contemporary take on how to be a witch, Rebel Witch is an antidote to the cookie-cutter witchcraft agenda that gives a new perspective on the craft, asking each reader to create a powerful, personalised practice that taps into the current mood of female empowerment and spiritual rebellion. 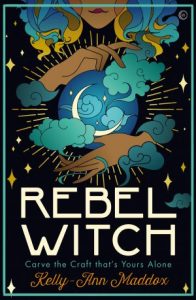 This feature was originally published in Kindred Spirit issue 174 (March/April 2021) available from 25 February, 2021. Click here to subscribe and have each new issue of Kindred Spirit delivered directly to your door. Alternatively, you can purchase individual magazines directly from our website.