Gardening with the Ancestors

Discover more about gardening with the ancestors with Luke Eastwood, author of The Druid Garden 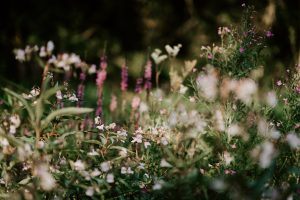 Gardening is something that has been with us for thousands of years, from the moment that we moved beyond simply gathering plants and their fruit or seeds. To begin with, it was what we call agriculture – the intentional growing of plants for food and for medicinal purposes. The notion of growing for pleasure didn’t really exist, so it seems.

It did not take that long for things to change. As we became ‘civilised’, we can see signs of gardening for pleasure and for sacred purposes in the Sumerian and Egyptian cultures. Temples often had gardens and one can presume that palaces of rulers were probably the first places in which gardens for pleasure emerged. Not that long after west Asia and north Africa, we see evidence of gardens in India and China, with the concept of the garden taking a very long time to reach Europe via Persia.

For most people, the concept of gardening as we now know it didn’t really exist until perhaps a century or two in the past – as most people were simply too poor to consider creating such a self-indulgent thing as a garden to delight the senses. Only wealthy people could afford a garden that was not practical in nature. Up until at least the industrial revolution, the average person across the globe relied on either hunting, animal husbandry, growing food, or a combination of two or three of these, unless they had a profession that paid well enough for them to be free of such requirements.

My personal interest is in Celtic culture in particular, although in my research it became clear that western Europe was not one of the first places to develop advanced techniques in respect  to agriculture. It is clear that farming spread across Europe from the east, and different methods then developed in situ in different cultures and areas. Much of modern gardening is derived from the Roman inheritance, which itself was passed on to them by the Greeks, who in turn received it from the Persians. The Persians were incredibly advanced, having inherited the vast body of experience of the Sumerians, whose descendants were responsible for the famous hanging gardens of Babylon.

Where I live in Ireland has been very much influenced by British culture but also by its own unique indigenous past. The image of the Druid is still very much alive as a cultural icon of wisdom, mystery, and esoteric knowledge. The same can be said, to an extent, of parts of Britain, France and even northern Spain.  However, the legacy of that past has been largely lost or merged with the Romano-Greek medieval knowledge that is the basis of modern understanding in gardening and many other subjects as well. It is to Ireland that we have to turn for most of the knowledge of the Celtic peoples with regard to attitudes to nature and the wisdom associated with it.

In Ireland particularly, trees were of great importance and great value. Herbalism, like in all cultures, was also a valuable resource for maintaining health and healing the sick, and in both cases, some of what the ancients knew has been recorded in Irish language texts on Brehon Law and Ogham. Without a time machine we can only guess what their exact techniques and practices were as gardeners, but we do know that they differed somewhat from the Roman and Norman approaches to agriculture and the concept of land in general.

From my understanding and generally accepted perceptions, the Celtic peoples were more holistic and in tune with their environment than the Romans and those that inherited their attitudes. The Romans were very efficient but they clearly had begun to see the land as something to be exploited rather than something that was sacred in itself. One can lay the blame for our current ecological crisis at the feet of the ancient Romans in some respects – as it is their attitudes that have been the foundation of the modern way of life which prioritises wealth generation, commerce, and economic expansion above all else.

So, in looking for spiritual solutions, as well as practical methods to change our way of interacting with the natural world, it makes sense that we look to other cultures than those heavily influenced by the Romans.  The Druidic/Celtic way of life is one such culture, with many similarities in attitude to Native American, African, Taoist Chinese and other indigenous cultures that we can look to for inspiration. That does not mean that we need to throw out all knowledge that came from Rome, Greece or Persia, but in terms of a holistic approach, they now appear somewhat lacking.

In these times, it is clear that we cannot go on polluting the Earth, creating monoculture deserts, and poisoning the planet with pesticides without catastrophic consequences. If, like me, you believe that it is from our thoughts and intentions that our actions are derived, then a major sea-change is required in our thinking if we are going to achieve the necessary rapid change in direction. Everything we need to know is already there, buried in our own history and the knowledge of our ancestors.

With a little bit of consideration and time put into reflection and understanding the natural world, we can create a completely different and vibrant world around us – starting with our own spaces in the garden. The knowledge and understanding of ancient cultures may be hidden but it is still there, and combined with the best of modern technology and modern practices such as biodynamics and permaculture, we have all that we need to make a major transformation that can turn dead land back into a sylvanian paradise.

We are not just flesh and blood, we are spirit as well, and as we are rediscovering, the rest of creation is no different. Time is running out to undo the damage humans have done to the world, but it is still entirely possible and achievable. Nature has great strength and an amazing capacity to recover if only we work with it, instead of against it. If ever there was a time to recover the wisdom of our ancestors, then surely we need it now more than ever before. 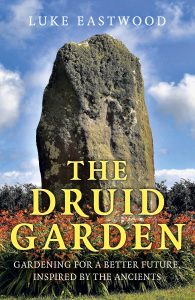 Luke is a Druid, living and working as a horticulturist in Ireland. He has written several books on spirituality, environmentalism and poetry. His latest book is The Druid Garden, published by Moon Books.