Behind the Deck: Heavenly Bodies Astrology

Lily Ashwell shares the story behind the creation of Heavenly Bodies Astrology, a beautiful new 51-card deck with everything you need to teach and inspire you about the stars

I have always been drawn to what lies beneath the surface. I grew up in a house on stilts teetering over the Pacific, in front of a small climbing rock-within-the-sea. I spent countless hours on this tiny isle, exploring miniature ecosystems within its tidepools. On the shore, I felt the same explorer’s spirit, navigating the emotional undercurrent of my friends and family. As my mother recounts, ‘You were wise, intuitive and soulful, but not the life of the party’. 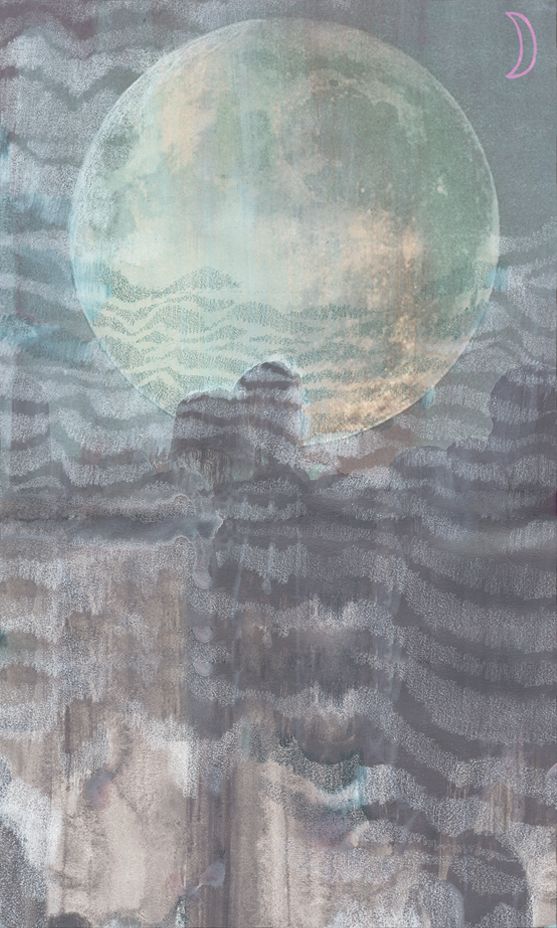 I was also intrigued by the mystical and the occult. Seances and strange Pagan rituals were commonplace in my back garden. When I’d visit my Aquarian grandmother, Shirley, we’d walk arm in arm through Hampstead Heath, discussing the good witches who gathered among the willows. I spent my childhood believing there were long-haired women nestled in the treetops and to this day, when I wander through the Heath, I feel an otherworldly aura.

In my early twenties, I discovered psychic mediums, astrology, and the Tarot. But, despite my interest in spirituality, I was a measly human. I knew ethereal realms existed but I felt separate from them, needing guides and teachers to connect. It wasn’t until a few years later, when a series of identity-shattering happenings erupted, that I began exploring my life from a spiritual perspective.

It takes roughly 27 years for Saturn to move through the Zodiac. So, around age 27, it re-stations at the position it was in at the time of your birth – this is known as your ‘Saturn Return’. It’s a kind of cosmic check-in during which Saturn, the notorious planet of tough love, examines your spiritual alignment. It knows the lessons you came to learn, the wounds you came to heal and the growth your spirit strives to achieve. Because it prioritises your soul purpose, the further you’ve wandered from truth, the more Earth-shattering your Saturn Return.

To liken my own Saturn Return to a devastating earthquake is, unfortunately, an accurate comparison. Desperation drove me to the living room of an astrologer I found on Google, and I joined her Thursday evening astrology class. I wanted to learn how to read my birth chart, partly to affirm that this madness was written in the stars, but mostly to investigate the future of my love life. And while I initially sought an astrological education to ease my anxiety and give myself a one-up over the universe that was leading me astray, what I would gain was far more precious. 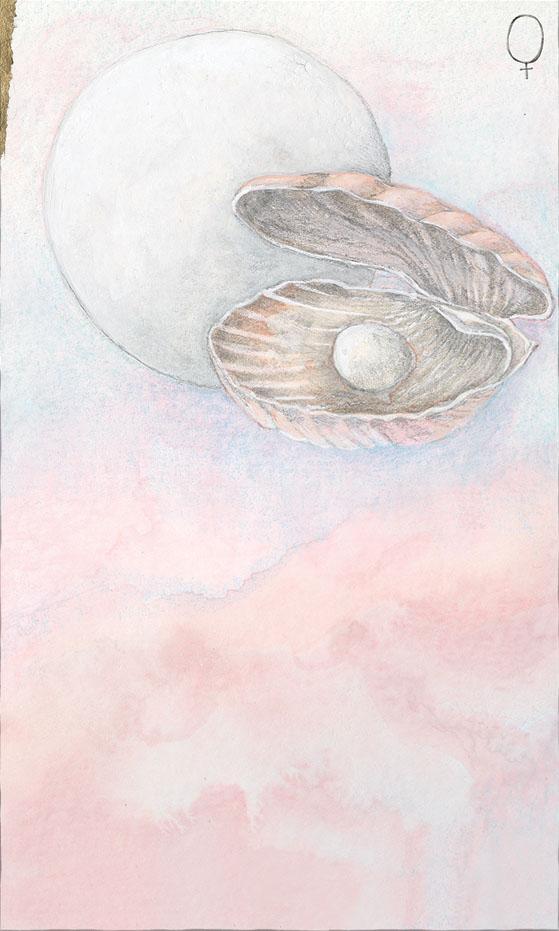 With my Sun in Aries I am a strong initiator, but can struggle with follow-through. Aries aside, I was uninspired by the soulless materials on offer. I wanted to embark on a journey of learning, but every book or class I began left me confused and itching for the end. I wanted to swallow the information and bypass the process. I did, however, take diligent notes, while doodling my way through lectures.

The Heavenly Bodies Astrology Tarot did not begin as something to be shared but as my own study tool, to deepen my understanding of the cosmos. I gave up on this project countless times but it had a heartbeat all its own, revealing itself to me in sideways whispers and backward knowings.

It’s been a slow, intuitive unveiling and only now am I entirely clear on how it fits together. Through its conception, I did, finally, become ‘fluent’ in astrology. However, as soon as I saw what the heavens had to offer, I became less interested in peeking around the corners of my life. There was a shift, born from the peace of belonging, which came with discovering my reflection in the stars.

Because astrology maps the journey of the soul it lifts the Earthly weight of right or wrong, good or bad – calming my inner critic, and empowering me to see my life symbolically, making space for imperfection, change and surprise. In illuminating your soul’s map, your energetic journey becomes primary and my physical experience, secondary.

Those who use the deck may feel overwhelmed at times. That’s okay and totally normal – I felt that way too. Just remember, you don’t need to grasp how everything pieces together right away. This is a journey. Soon, where you once relied on psychics and card readers for spiritual guidance, you’ll find your own direct connection to the heavens. It may feel totally foreign in this moment, but each card represents an energy already inside of you. With time, you will claim them as your own. Because, like the planets above, you are a heavenly body and the cosmos is braided into your being.

As above, so below. 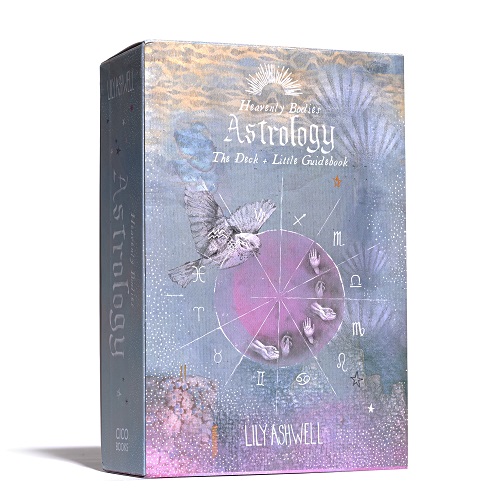