Therapy Review: Out of Body Experiences

For Kindred Spirit issue 171 (Sep/Oct, 2020), Jini Reddy joins an astral projection workshop to get a taste of their transformative effects 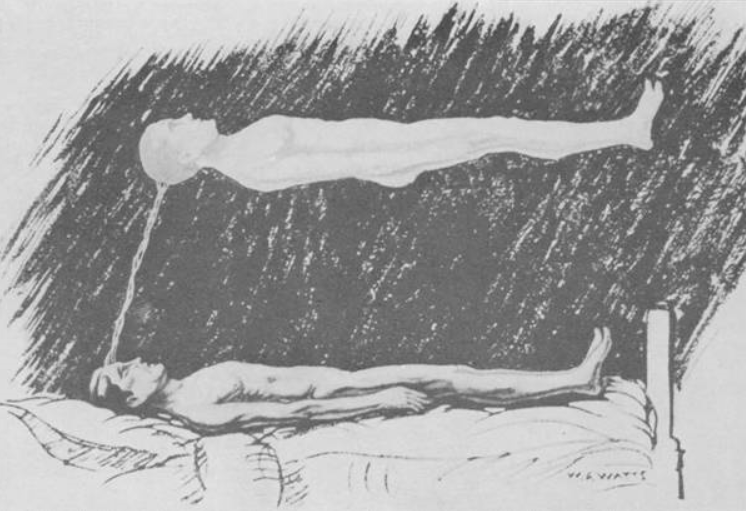 One night when Jade Shaw was a child, she awoke to find her bed shaking. This sort of mysterious, terrifying occurrence would continue until she reached the age of ten, when she learned that if she slowed and controlled her breathing, the activity would subside.

Fast forward to Jade’s 30s. She now ran her own dance company and was an international choreographer, working for the Royal Academy of Dance and Sadler’s Wells Theatre. One day, in a bookshop, she stumbled upon Journeys Out of the Body by Robert Monroe. The vibrational states he described sounded uncannily similar to what she’d experienced as a child. She wondered, ‘If I’d have allowed this vibrational state to go on as a child, would I have had an out of body experience?’

Jade tried a few techniques to induce an out of body experience, but nothing worked. Then one night she went to the toilet, returned to bed, dropped straight into the vibrational state and rolled out of her body. She likens it to detaching herself from Velcro. She thought to herself ‘stand up’, and she did. Experiencing a heightened reality, she flew out of the window and could see her energy body. ‘I looked like the invisible woman,’ Jade tells our rapt group, here for a workshop on the art of astral projection (another name for an out of body experience) at the London College of Psychic Studies.

Out of Body Experiences

Jade describes how she walked down the street and came to a crossroads. She saw a house with a green triangle shaped door with the number 18 on it, noted it, and later (back in her body), verified the experience. It was a life-changing moment which led her to abandon a 12-year career, become a researcher and teacher of OBEs – short for out of body experiences – and start an M.A. in Transpersonal Psychology studying their transformative effects.

Her desire to spread the word about the potential for an OBE positively impacting on our wellbeing is the reason I’ve been invited today. But I’m also curious about the ‘wow’ potential. I mean, who wouldn’t want to be able to leave their body at will? Just imagine how your world view would shift. Besides, I’m a former travel writer with a deep interest in spirituality, and this is one type of locomotion and adventure even I am yet to experience.

I listen to Jade’s tale, slack-jawed. At this point I’m curious, but I’m also thinking that it simply can’t be that easy to pop out of your body at will – unless you’re one of the fortunate people who’ve experienced an OBE spontaneously. Also, wouldn’t all the special effects, ie the vibrational state, be terrifying? Wouldn’t I be worried about not returning to my body? (Jade says this would never happen).

It’s estimated that around ten percent of people in the world have had an OBE of some kind – in other words, a period of unconsciousness in which you’re able to see everything that’s going on around you from a fresh perspective. Jade sums this expanded state of consciousness as ‘self awareness’ leaving the body.

I learn that there are all kinds of OBEs: those that spontaneously arise owing to a state of deep relaxation, for instance when you’re on the cusp of sleep; experiences triggered by high anxiety or dreams; or even as a result of death (Jade tells us that OBEs are ‘also the first step in a near-death experience’.) Some people may even have them when they’re in the middle of mundane daily tasks. Self-initiated OBEs are ones that are induced on purpose – and that, thrillingly, is what we’re here for (though at least one woman in the class has already had such experiences, and is eager to make sense of them)…

Combining ancient wisdom with advice from modern teachers for over 25 years, Kindred Spirit is your go-to guide for spiritual living both online and in print.