Life On Track: From Formula One to Finding Spiritual Fulfilment

Donna Byatt was on the fast track to success, in pole position working in Formula One. Spiritually, she was running on empty. Kindred Spirit shares Donna’s story from her fast-paced career to finding spiritual fulfilment in Avebury, Wiltshire. 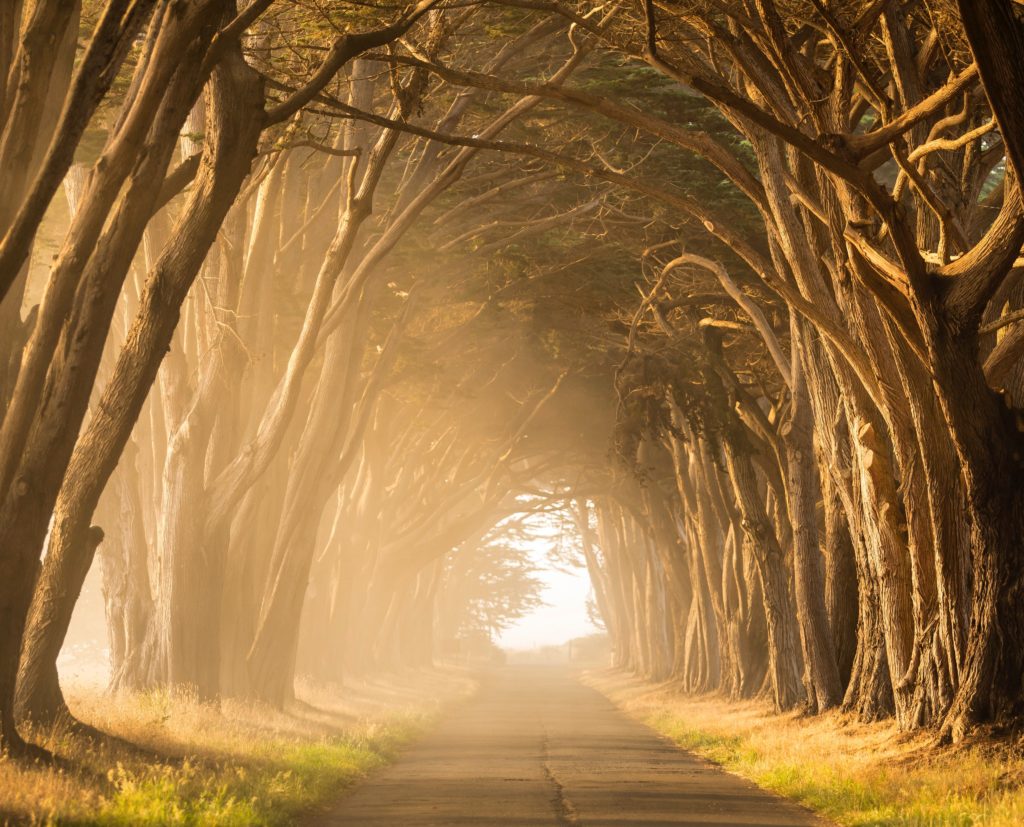 It wasn’t loud, but it was to the point: a voice telling Donna Byatt to leave her job. She was sitting at her desk in her office, completely surprised by that voice that came from within especially when, at the time, she was at the height of her professional success being a leading figure at Formula One.

Donna’s days at Williams Group, which owns Williams F1, consisted of “200 miles an hour, accurate decision making, 24/7”. She thrived in the fast lane and all the perks that came with it. “I was earning a lot of money,” she says. “I was driving a brand new Mercedes every year and it was fantastic. I was at the pinnacle of my career, a woman in a mainly male-dominated environment. I was sat at the leadership table of the fastest growing arm of the Formula One business, and I loved it.” However, it was a career that had no room for someone who had grown up knowing she was an empath, someone who had always felt a deep-lying belief in the energy around her, telling me, “materially I was very well rewarded but spiritually not at all. When I went into the corporate world, I had to shut that down.” And she did just that for the six years she was there.

What came next was “the worst six months” that Donna had had in the company. The voice returned, insisting,“you need to leave now”. This time, those words felt like a shard of light streaming through a crack in her soul. A crack that was created by the frustrations and exhaustion of living a life that didn’t feel aligned with her inner truth. This time, Donna listened.

In what she would describe as guided intention, Donna’s life became a series of signs pointing towards a passion for helping people heal and a desire to encourage others to be open to the messages that are always around us but very few actually see. After leaving Williams Group, thinking she would merely take a career break, Donna went back to doing what she always loved: designing and making spiritual jewellery. She found herself within the “magic and mystery” of Avebury, Wiltshire (a UNESCO World Heritage Site), standing across from a store on the high street that had been empty the entire time that she had been at Formula One. It was almost as if that space had been waiting for her. “I think you’re chosen to live here (in Avebury),” she says. “There are crystal shops all over the country. There aren’t many in the centre of a stone circle that’s been here for 6,000 years.” It’s hardly surprising then when Donna first walked into the shop with its bare, whitewashed walls she felt “enveloped in love” and then she heard that voice telling her, “I’ve been waiting for you.”

Donna grew up in Southall in a loving home, but one that was, as she describes it, “on a real poverty line”. Yet it was an upbringing that instilled in her an openness to life, a belief in the energy that surrounds us, and an ability, from the age of six, to feel what others were feeling. It is with that gift she designs her jewellery using specific stones, instinctively knowing what her customers are in search of and needing. A skill she has refined from over 4o years of listening to nature’s wisdom. 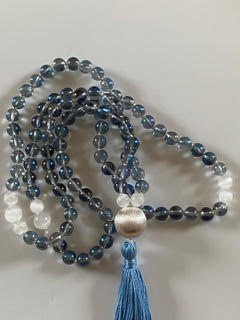 When Donna tunes in to the energy around her, especially from the powerful Ley line streaming beneath her store in Avebury, it is that force that is guiding her as she designs a piece for her for clients and customers who come to her for the strength and reassurance that only the natural elements, like crystals, can provide. And she does so with the trust that she has in her journey – past, present, and future; a trust in understanding the flow of life, its unpredictability, the fears we feel, and that anxiety of not knowing what comes next. “I was frazzled when I came out of the corporate world. And I see that” she says. “I see that in friends that I still have that are there and in people that come to see me for jewellery or crystals. I understand that fear is very real when you’re living it. But crystals have saved me. When I create a piece of jewellery specifically for somebody, it is to help them become more whole again.”

Life is unpredictable. Relationships, work, health, are all organic entities that flow partly with the energy we put into them. Yet there is another part where the unexpected can happen; a space where we don’t have control. Donna works within that space to help her customers find their way back to themselves having learned by taking detours in her own life, believing that even when she was lost, there was a spiritual roadmap directing her towards where she was meant to be. “We have to trust that life is going to happen,” she says. “Hearing that voice and now working with crystals saved me from my life. They’ve opened up a door for me that wasn’t open before. And I was fortunate enough that I was in a space where I could walk through that door and then firmly close it behind me. I think everyone has that opportunity to walk through a door.” All we have to do is feel the present moment and listen to that voice inside. 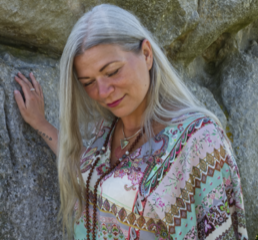 Donna Byatt is the founder of Elements of Avebury and has been designing and creating jewellery for over 16 years. She specialises in the use of semi precious stones, sterling silver and PMC. As well as managing Elements of Avebury, Donna finds time to teach other people how to design and create their own jewellery through various workshops that are run throughout the year.

All images courtesy of Steve Byatt unless otherwise stated.