Division in a Time of Coronavirus 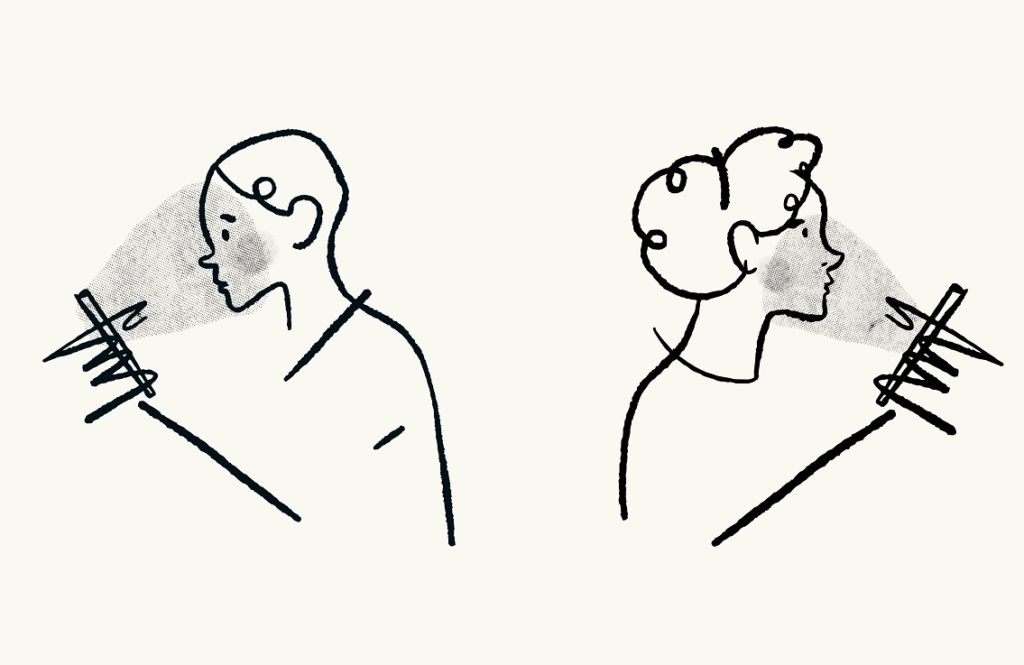 Lately I’ve been reflecting on some of the levels of division within society that have been highlighted by this current pandemic. It is likely that many of these schisms were already there within society but yet to manifest themselves openly. The more you look at them, the more deeply complex they appear and the more multi-faceted and problematic they seem.

In this unprecedented time of pandemic the government and mainstream media philosophy is one of isolation, containment and quarantine until a vaccine arrives, and until then we just stay out of each other’s way and argue with each other online… and boy, do we argue! It’s impossible to keep track of the topics that are emerging to cause further rifts amongst people. There seem to be new ones every day, and on one hand it is entirely understandable that these arguments are becoming heated.

Aside from the demonstrable seriousness of some of these debates, we’re still sitting in our houses staring at a screen, watching words and sentences appear (occasionally with an emoji attached) as if this conveys the nuances of human emotion. We’re not really interacting with a person – there’s a literal screen between us. We read responses and interpret them based on our own understandings, which are often very complex and can include preconceived notions about the other person as well as our own deeply embedded ideas on the subject. And of course, certain words may trigger certain emotional responses.

Now, I value a good debate and sometimes colourful language is required, aspersions may be cast and derogatory remarks may be made. Should these be aimed at you, to what extent do you react? Does it cause worry, anger, frustration and bitterness and if so, for how long? If this sounds familiar, it may be a problem – and if it is, it’s your problem to tackle. It’s fine to debate – ideally with respectful, insightful discussion where both parties come away having gained from the experience – but if it reaches a point of conflict, what purpose is being served? If it’s doing you harm, why continue to invest so much of your time and energy? Why not walk away and focus on something else?

‘Easier said than done,’ I hear you say, and yes, that’s often true. However, wouldn’t it be wonderful if we could be like Eckhart Tolle’s ducks? If you don’t know what I mean by this, it refers to a passage in A New Earth in which Eckhart Tolle recounts how when watching ducks, he observed that after any incident that caused a feathery kerfuffle, each duck would afterwards flap their wings in kind of whole duck shimmy, and would then swim peacefully away. You can observe this for yourselves. Eckhart Tolle’s (in my opinion, apt) interpretation of this is that by flapping its wings, the duck is releasing the intense build-up of energy caused by the skirmish. By doing this, it is able to completely let go of the situation and move on to the next exciting duck developments. The duck lives entirely in the moment, free of the compulsive thinking inherent in a human mind, which would probably be compelled to replay the situation over and over, initiating more emotional responses and causing further and unnecessary suffering.

Our challenge as humans is to be able to listen to when our minds are working for us or when they are working against us. Basically, are they helpful or harmful? This doesn’t necessarily mean compromising your beliefs, but it does mean recognizing when a belief or a mind set is leading you down a path of self-destruction. Your belief may be ‘right’, but does this mean you have to replay the story over and over in your head, self-justifying and vilifying the other? Stress, tension, anger and depression are enemies of a well-functioning body. They lower the immune system, cause aches and pains within the body and are one of the main causes of stomach and heart problems alongside countless other areas. As any athlete knows (with the possible exception of John McEnroe) becoming angry or frustrated in a sporting context is likely to be your ticket to defeat. In fact, anything that requires focused attention becomes very difficult to achieve until the temper has passed. However, there are notable exceptions to this, and herein lies our possible salvation.

I have experienced some strong arguments in my time. One in particular left me so angry, frustrated and bitter that I couldn’t think straight and didn’t know what to do with myself. What finally allowed me to overcome this inner turmoil was writing a song about it. A song where I laid out the frustrations, injustices and anger in the first part, and allowed the second part to be about recovery, finding balance and peace of mind once again. And it worked! I went from a stressful ball of rage to being at peace with myself and the entire situation in the time it took to write and recite back the words. Of course, your salvation doesn’t have to be a song. It can be a painting, a sketch, poem, dance routine, monologue and so on. Whichever medium you are able to express yourself through can be a method of self-recovery and growth. I can almost guarantee that if you set about a creative endeavor with an intention to overcome a personal challenge, see it through, work at it and do your best to make it to your highest standards, you will see transformative results.

They say ‘charity begins at home’ and in this case I agree. You’re no good to others if you are out of sorts. It’s vital that through whatever methods and practices work well for you, you are able to reset and fix your own energy before you try and fix another. When you are well in yourself (by which I mean there is genuine clarity and peace of mind), you are a blessing to those you connect with. You can shine a light of wellbeing to help others find their own sense of self-worth and purpose. You can inspire, uplift and encourage, and maybe help sow a few seeds that will blossom into greater understanding and wisdom. Surely this is a more effective way to heal the world than allowing yourself to become upset by a Facebook post you disagree with?

The way I see it, we all want the same things. Social justice, equality, truth, world peace, good safe medicine, a better government that works for the people, personal freedom. We may disagree with the details but as they say, ‘That’s where the Devil is!’ 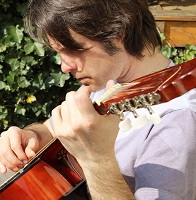 Thoby Davis is a musician, poet, writer and artist living in Cardiff. Growing up in Hertfordshire, Thoby moved to Cardiff to study music at the University in 1999 and has been living and working as a musician and music teacher ever since. As a writer of essays, articles and poetry, Thoby has explored topics based around healing practices he has studied, as well as personal growth and development.

With most of his teaching and musical performance work on hold, Thoby has spent much of the last few months writing, recording, and finding sources of inspiration from many different avenues in this time of uncertainty. To find Thoby’s music, poetry, writings and artwork, please visit the following links: