Rock Bottom: How Eco-Songs Can Change the World 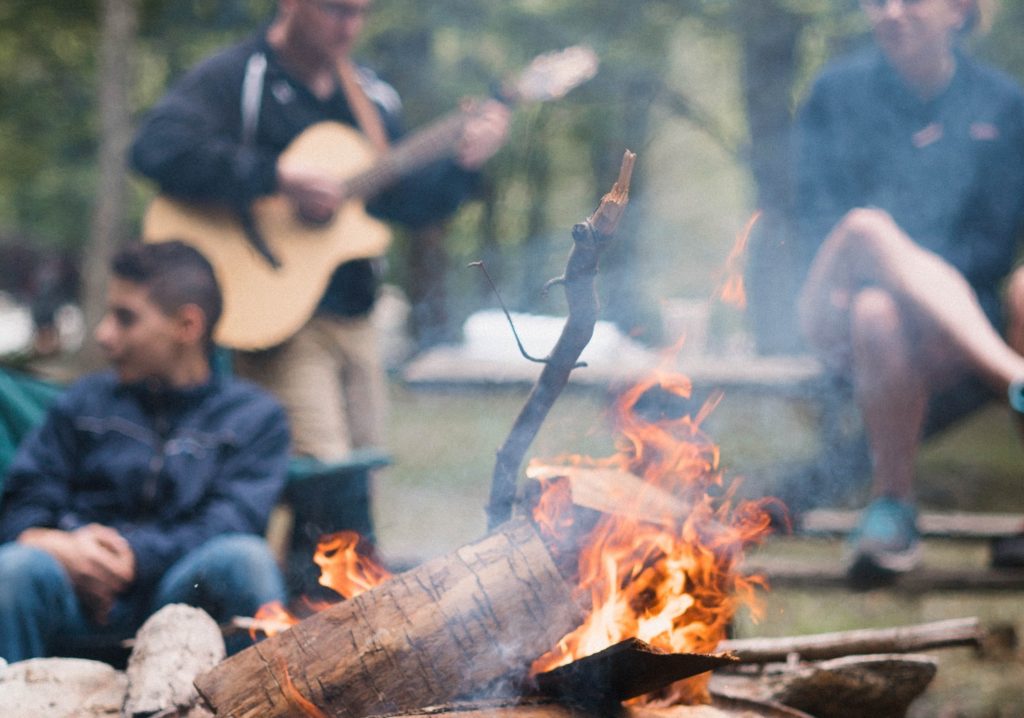 When I first learned that Latvians and Estonians attribute their success at gaining freedom from an oppressive regime to communal singing, it resonated deeply with me. For singing to have such a powerful effect on the human mind, keeping spirits high through dark times, makes enormous sense.

I’ve always known that was how singing affected me – even though as a singer I am less-than-average. But that’s subjective; personal experience. I wasn’t sure if singing’s effect got through to, applied to everyone. I hadn’t realised singing was, of itself, a health-promoting activity; good for you, changing the way we use our brains and deeply affecting neurological processes.

I love it when confirmation of a gut-feeling comes from different sources, particularly if those sources are not usually connected or related. Jeremy Dion’s The Art of Mindful Singing was another breakthrough moment. Jeremy’s book was a free gift actually, sent to me by the publisher out of the goodness of her heart. The publisher sent Jeremy’s book to me in response to an enquiry I’d made, as she believed Jeremy’s book would empower my work. Which it did.

I am an eco-lyricist. I put eco-lyrics to famous out-of-copyright songs, carols, hymns and anthems. Prince Charles has seen and approved the eco-lyrics to God Save the Queen. I have written nearly 60 EcoSongs now and have learned a lot about this process, self-teaching all the way. There are no books on how to write eco-lyrics, only to put Earth first. 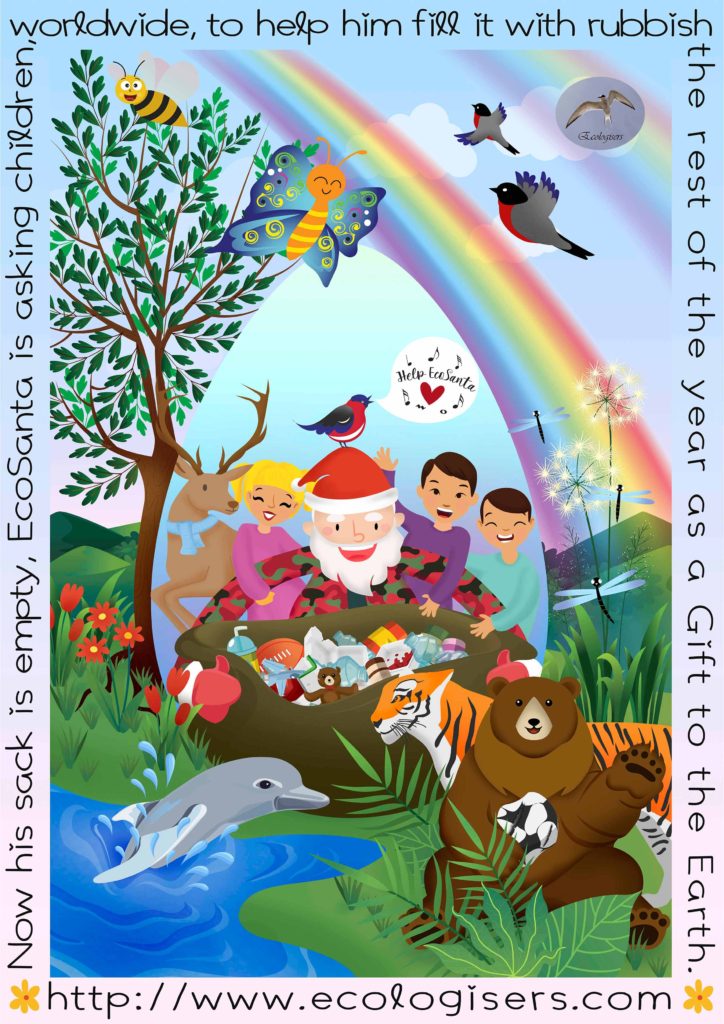 The EcoSongs are part of a much larger, ten-year project that Ecologisers, the young people’s international anti-litter and environmental charity, are forwarding. To make this initiative attractive, our brand-leader is EcoSanta. EcoSanta’s mission statement is: ‘Once his sack is empty, EcoSanta is asking children worldwide to help him fill it with rubbish the rest of the year as a Gift to the Earth.’

Let’s drill down into this for a minute, because it’s a bit of a quantum leap. Litter, litter-picking, and anything to do with it, is the pariah of the environmental movement. Talk about it socially, and you may not be flavour-of-the-month. The environment itself is cuspy on the negative-positive spectrum, because everyone is beating the negative drum around this subject. It’s meant to galvanise us into action but once we reach overload, we don’t want to know. But yes, of course, we still want to ‘make a difference’ if we can.

When my husband and I co-founded Ecologisers, the remit was to ‘change the image of litter-picking in the minds of young people from a ‘yuk’ to a ‘wanna-do’ by any and all means that come to heart and mind‘. EcoSanta didn’t come on board until three years later. Then, just after Christmas, I watched my husband wearing a red balaclava dragging a massive piece of wet sacking along the beach and the idea was born. In previous years, we’d gone into schools dressed as Junk Jesters to get youngsters’ interest in entering Ecologisers’ Children’s Humorously Captioned Anti-Litter Photography competition. This competition rode on the belief that laughter sells.

What I have learned from this process is anything can be turned around, and even completely transformed if necessary. The big commitment is to marry personal time with timeless passion. This applies to one’s heart and mind – through singing. It applies to the way the culture can be re-seen and re-framed. Becoming more real, relevant and robust. Most of all, it applies to becoming aware of one’s own growth process. Becoming stronger, trusting oneself more, teaching the self to become habitually more attuned to personal intuition – as long as you are prepared to make the commitment and marry personal time with timeless passion. Said differently by Gandhi, but meaning the same thing: Be the change you want to see in the world. Or, really simply, seize the day!

Joining them all together, of course, is a whole-istic appreciation. A sense of gratitude for what we all have and share: a life given to us on a beautiful miraculous planet. At the bottom is a rock with a molten fire at its heart. A nice eco-image to mirror!

The Dream Is Ours

EcoSong to the tune of Auld Lang Syne

Ann Palmer and her husband Peter co-founded Ecologisers, the young people’s international anti-litter and environmental charity. Currently, they are in the middle of a ten year project, promoting, publicising and popularising EcoSanta.

‘Once his sack is empty, EcoSanta is asking children, worldwide, to help him fill it with rubbish the rest of the year as a Gift to the Earth.’