Answering the rationalist’s question, ‘what is energy?’, practitioner Robert Henderson uses an interesting metaphor in this exclusive online feature from the May/June 2020 issue of Kindred Spirit. 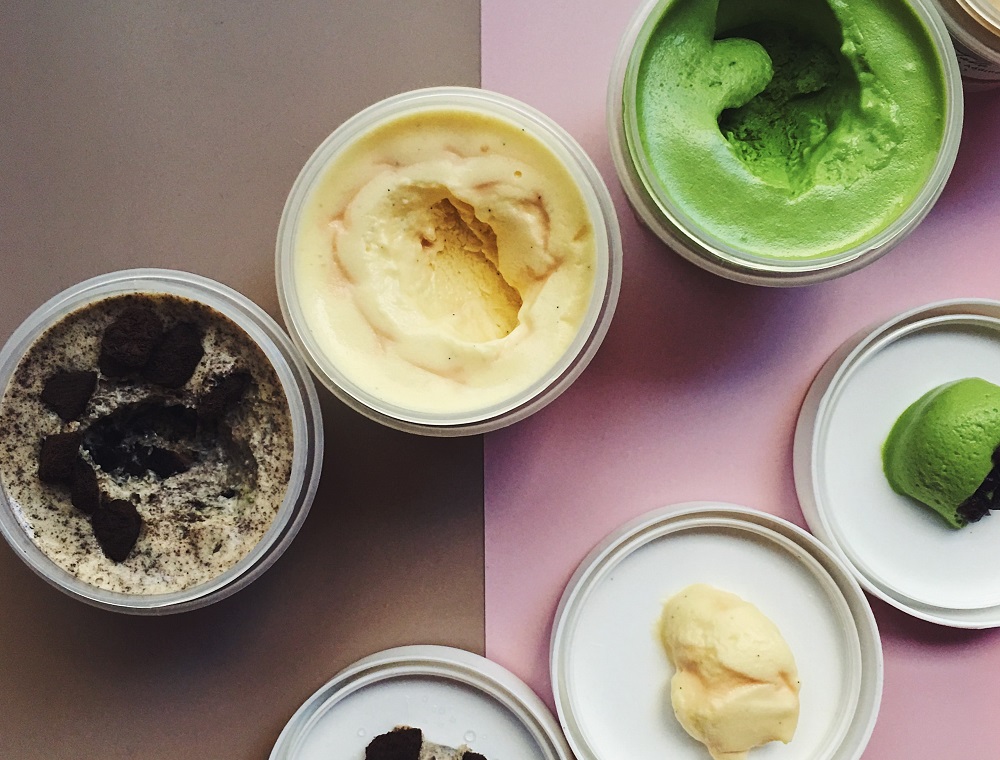 As a long-time teacher and practitioner of energy-based bodywork, I get asked many questions about energy and the role it plays in our general health and wellbeing. Of all the questions I am asked, the most difficult to answer, ironically, is: ‘what is energy?’

‘What is energy?’ is a tricky question to answer, not because there isn’t an answer to it, but because there are two types of answer to it and the type of answer you give has to fit the type of answer expected of your inquirer. Get that wrong and your inquirer may incorrectly judge you as not knowing your subject matter. This often happens when the inquirer is of a rational, scientific viewpoint and you are of an intuitive, spiritual viewpoint, which many energy workers are, and it can be quite an exasperating experience.

So, in support of the intuitive and spiritual and in the hope of helping my fellow energy workers avoid such an exasperating experience, here, to the best of my ability, is the scientific answer to the spiritual; the rationally satisfactory answer to the question ‘what is energy?’

There are two sets of answers: the experiential and the non-experiential.

First, the experiential:
Q: What is ice cream?
A: Here is a bowl of ice cream. Look at it, touch it, smell it, lick it, taste it, eat it. Pause for a moment as the bones in your face adjust to the cold, then play with it with a spoon, stick your fingers in it, put some on your hand, squeeze it and see what happens to it. When you have done all that, use everything you have experienced to describe to me in words what ice cream is.

Second, the non-experiential:
Q: What is ice cream?
A: Ice cream a sweetened frozen food typically eaten as a snack or dessert. It may be made from dairy milk or cream, or soy, cashew, coconut or almond milk and is flavoured with a sweetener, either sugar or an alternative and any spice, such as cocoa or vanilla (according to Wikipedia).

As you can see, both answers are correct.

It is also fun and interesting to observe how these two positions play out in treatment. Continuing with the ice cream analogy, let’s say one day a client, who is a rationalist, comes to you seeking treatment for a severe pain in their upper jaw. As soon as you begin working on them, you realize that their pain is caused by the ice cream they have been eating being too cold for them. So, you say to your client: ‘Your jaw pain is caused by you eating ice cream that is too cold for you.’

And they reply: ‘What do you mean by ‘the ice cream is ‘too cold for me’’? Ice cream is a sweetened frozen food typically eaten as a snack or dessert…’

And they reply: ‘What do you mean by ‘cold’? Ice cream is a sweetened frozen food typically eaten as a snack or dessert…’

As a teacher of energy work, I hold regular energy workshops in which I never answer the question what is energy. Instead, I supply each participant with a set of games, exercises and tools designed to enable them to check their sensitivity to energy, check their connectivity to energy and then when connected to energy, allow them to play with it, test it, feel it, see it, smell it, hear it or to experience it in the way which is the natural way for them to experience it. I then invite each participant to write down their experiences. After they have reported their experiences, they have no need of me to describe what energy is. They have described it themselves.

“Some rationalists will argue that that is not the point as ice cream is different to energy, and therefore that to use ice cream as an analogy for energy is invalid. But they’re holding the spoon at the wrong end…”

I have been teaching energy work this way since 2006 and over the years, have taught it to hundreds of people. And from those hundreds of people have come hundreds of individual experiences of energy and accordingly hundreds of individual descriptions of energy. This has taught me another lesson and that is: there is no single, definitive (experiential) answer to the question ‘what is energy?’ because, as individuals, we all experience energy in our own, individual and (mostly) different ways. So, over the years, what you end up with is a list of hundreds of different ways to experience energy and therefore hundreds of different descriptions of what energy is, which dissatisfies the non-experiential inquirer who seeks the single, exact answer to what energy is which will satisfy them.

So, when a rationally-minded inquirer asks for the exact definition of energy, it must be explained that there is no single answer which then must be supported with the reason why.

Ice cream, according to Wikipedia, is one, exact specific thing. Yet if you give it to a hundred people, it ends up being a hundred different, non-specific, experiential things all of which are totally real and valid.

On defending their point of inquiry, a rationalist once posited to me that whole area of subjective experience, which is used by energy practitioners like me to prove the reality of energy, is prone to numerous biases and hence might not be the most reliable source to understand what is and is not real. Interestingly, at the same time, he was relying on subjective experience, in the form of client feedback, on his own website to boost his own bodywork business and reputation.

This brings me closer to answering the question: what is energy?

One of the things I have found over the years is that a rationalist will not believe you if they do not have an emotional investment in you or in your subject matter. Any rationalist will believe it when someone they want to be with says to them ‘I want to be with you too’, even when that statement is a total falsehood. As they have an emotional investment in the answer, they want to believe it to be true and in their wanting to believe it to be true they judge a non-truth to be a truth. They literally, in the moment, cannot differentiate between truth and non-truth. Yet here they are, arguing with you about what is and is not real. As if they can tell.

What I have also found is that the answer to the question ‘what is energy?’ comes down to trust. If someone doesn’t accept your answer to the question it is because they don’t trust your answer, which is the same as they don’t trust you. It’s like when a sighted person walks up to a non-sighted person and asks them ‘describe daylight to me’. The answer given will almost definitely not fit the sighted person’s understanding of daylight. Nor will the sighted person be able to prove that the answer given by the non-sighted person is the correct answer and not some bullshit answer devised to placate the inquirer. Yet they will accept the answer as true and this is done totally on the basis of trust. I mean, why would a (blind) person lie about what they see?

As previously stated, the answer is always to be found at the point of inquiry, the inquirer, and never in the subject matter being inquired about, energy.

This is why when dealing with someone who will not trust my answer, I have to find something or someone they will trust and, in the end, this usually turns out to be (their own) subjective experience. The very thing they do not trust in me. They will fight it at first. They almost always do. They will even reject the compelling evidence of their own sense-based subjective experience in order to prove their rationality. But if, as a teacher, you are strong, you will end up showing the student that the thing they do not trust is the very thing they can trust. It is then up to the student after that.

So, in answering the rationalist’s question ‘what is energy?’, my reply is:

The answer that is the exact answer for you is the way that you, and only you, experience energy. If you want to know what that is… then come and join me on one of my energy workshops. 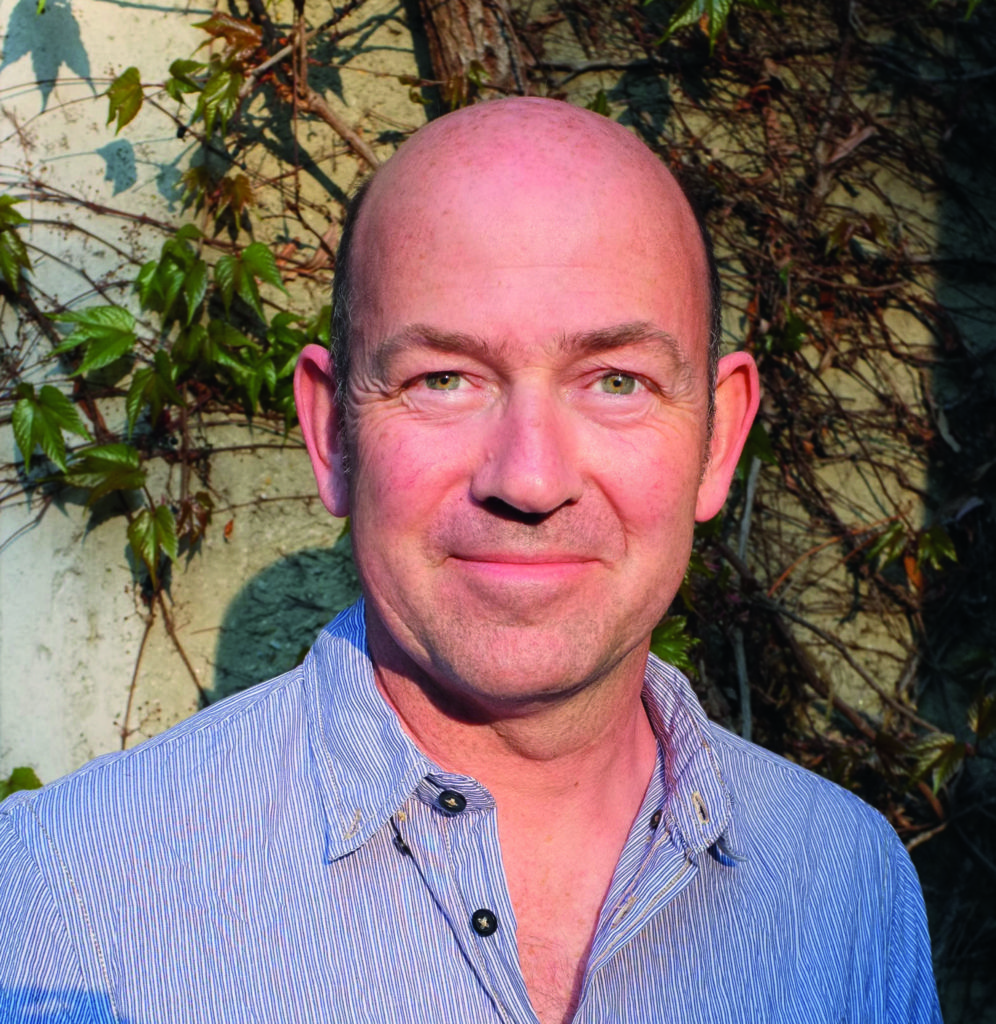 He runs energy workshops and lives and works in Austria.