What Has Life Taught You? Inspirational People Answer Thought-Provoking Questions

In What Has Life Taught You?, Zoë Sallis has collated answers from a wide variety of inspirational and spiritual figures on a range of thought-provoking questions. Thought leaders including the Dalai Lama, Neale Donald Walsch, Bob Geldof and Teal Swan share their views. 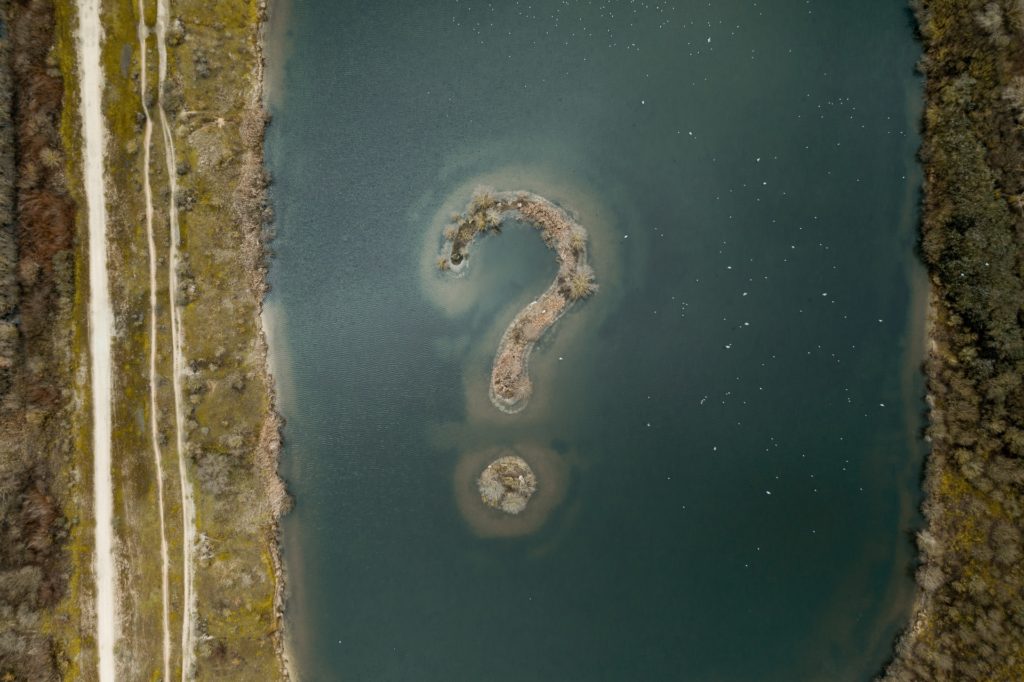 Do you believe our survival on planet earth is being threatened?

I feel that we are looking at a particularly cynical time in terms of how we take for granted all the amazing benefits of nature. Poisoning the seas and darkening the skies: it is an ongoing source of amazement to me that people seem so oblivious of what they are doing to their environment. Small things do make a difference, and I feel if you can instil that idea in people, you can make a difference. Try to leave the place a little nicer than you found it, plant a tree, do something, pick up a piece of garbage. It would make a huge difference.

His holiness The Dalai Lama

In the case of such global issues as the conservation of the earth, and indeed in taking all problems, the human mind is the key factor. Whether they are problems of economics, international relations, science, technology, medicine or ecology, though these issues seem to be beyond any one individual’s capacity, where the problem begins and where the answer must first be sought is within. In order to change the external situation, we must first change within ourselves. If we want a beautiful garden, we must first have a blueprint in the imagination, a vision. Then that idea can be implemented and the external garden can be materialized.

Yes, of course our survival is being threatened. We always want “more and more” (as the Qur’an warned us) and, if we are allowed that “more and more” (which is what technology offers), ignoring all natural limits, we are on the path of destruction. The Islamic perspective implies that God gives us enough rope to hang ourselves. The Qur’an frequently speaks of generations – nations or tribes – who were destroyed because they had lost the sense of the sacred and because they had ventured too far beyond the limits set for us and brought destruction upon themselves. A point comes when God says, in effect, “Enough is enough.” We may now be near that point. But, in talking about the environment we are isolating one symptom of the sickness: the decline of spirituality, of the sense of the sacred, of awareness of the symbolism inherent in the natural world – these things all go together.

The big threat in the world today is the disparity between rich and poor, between people who are well nourished and people who are starving. As long as this situation continues there will always be conflicts, wars and other risks to human survival on this planet.

No, I don’t believe our survival is threatened. I believe that we cannot destroy what God created, we don’t have this power. Only God could decide to reshape the whole thing and give us power to destroy ourselves. He can use us to reshape this whole situation.

In terms of a survival that is worth having, yes we are certainly threatened – by the danger of over-population in the long run, and by destruction of the environment in which we live. I do feel passionately about the destruction of wild places such as the rainforests, and of wild creatures such as elephants and rhinos – forms that have taken hundreds and millions of years to evolve and which can be destroyed. Eco-systems such as the rainforests are being destroyed daily by commercial interests. These things don’t by themselves threaten our survival in the short term, but added up over the long term they could. I do not see any danger or threat to humanity coming from genetic experimentation, for example, on organisms. I think it’s a case of newspapers crying wolf. I worry more about the over-use of antibiotics.

“It is God’s plan that we should respect the Earth. As we advance, we have to have progress, but at what price?”

Even without an immediate change in our ways, humankind will not disappear, but our present lifestyle will for sure. The question is not whether we will survive, but how. There are some positive signs of change and some grounds for optimism, even though vested interests have succeeded in rolling back measures intended to protect our environment and preserve our ecology. So it’s been a case of two steps forward and one step back. The question is whether we can make progress fast enough to head off a seismic shift in our way of life – to say nothing of whether we can stymie our angry and violent impulses enough to avoid sending ourselves back to the Stone Age. Necessity, they say, is the mother of invention. If we seize the opportunity that lies before us, we can literally reinvent ourselves, creating a new way to be human. But this will not happen without the active participation of each of us.

I think it’s very good for us to think of our survival being threatened because it wakes us up to all sorts of terrible possibilities. Nothing in the planetary system is permanent.

I believe there’s an urgent need on the part of politicians and decision-makers to think about what is happening to human life on our planet, interiorize and question themselves in a climate of personal serenity. If they don’t, we will continue on this frantic, insane course, following false paths that are self-destructive. The human race, with all the richness and spiritual experience it has accumulated, could perish. All this comes from an inversion of our scale of values, which has made noise and banality rule. And when I say noise, I mean noise in the soul.

There are a lot of screwball things going on that are really harmful to human beings and the planet. That’s all the more reason to try to get in tune with nature, the natural laws. Live in tune with things rather than go against them.

Our survival on this Earth is under self-imposed threat. Our awakening as a species is no longer a luxury: it is a necessity. I recognize the inherent beauty of all that being a human entails. But our strengths have become our downfall. We make the same mistakes over and over, from generation to generation. This is not sustainable. Nowadays, to live in harmony with others and with the planet is actually harder than before. It is against the current. We live in a world where it is more expensive and takes more effort not to do harm than to do harm. If this does not change, it will inevitably lead us to destroy ourselves. I am dedicated – and I am not alone in this – to intervene in this trajectory. However, I am not doing this just for survival’s sake. If people are miserable and wedded to suffering, the life they are fighting for is not really a life at all. I am taking action because I feel that if people could integrate their own shadow and awaken, there is a pristine beauty in what a human being can dream of and create within this universe.

I always believed in conservation, even before it was fashionable. It is God’s plan that we should respect the Earth. As we advance, we have to have progress, but at what price?

“With people killing each other in the name of land and religion, the planet probably has a better chance without us.
We must all take a major step to change these things.”

I believe that we will come out of the present situation of upheaval and breakdown, because God is eternal, the spirit is eternal and civilization cannot just finish and end. The things that are happening today are teaching us many lessons, and humanity as a whole will learn these lessons. The pain that is coming to us through the circumstances of the world is making us aware of the dimension of values and spirituality. So a powerful and growing minority today are coming to that new consciousness. I think there is definitely a golden age ahead of us.

Clearly nuclear weapons are a threat in anyone’s hands. But I’m very much against the idea of survival on the planet being the great issue. It’s a nice rallying call for people who are worried about the environment and Kyoto, and they should be concerned about it. But the planet will carry on. I’m sure waste heaps and detritus will get ever larger, and dangerous nuclear power stations will eventually be closed down. But look at what previous generations went through, look at how whole societies were wiped out by the Black Death. The events of September 11, 2001, an international crime against humanity, did not change the world in that way. But its spectacular nature has allowed it to become the turning point for ruthless men and women to persuade gullible people that they should live a life of fear. There was that lovely phrase from A Man for All Seasons: “These are tales to frighten children, Master Secretary.”

I don’t feel our survival is threatened in the immediate sense. But I think the fragmented nature of modern life, with these talks about stem-cell research and so on, keeps us underinformed about the real issues. If survival is the goal of science, then we are very shortsighted in our planning.

The planet will survive without a problem. Humans will pass on and die out as a species, I think. There will probably be some shifts and change just like there always have been in the past, whether it is another ice age or something else. Evolution will continue: it will just side-step and go off and find another path. Evolution will find a means of instilling intelligence into whatever future creatures there will be. With people killing each other in the name of land and religion, the planet probably has a better chance without us. We must all take a major step to change these things.

I think if there is a Lord in heaven His main task is balancing opposing forces – danger and hope, life and death – because otherwise we would have disappeared a long time ago. And you know the Lord was dissatisfied with what He did when He first created the world, in seven days according to the Jewish tradition. He had a good look and didn’t like it. He brought on a flood. He has tried to improve it endlessly, yet it goes on as a story of contradictory forces. In the annals of humankind, if there is a danger of destruction there are also forces of maintenance. A fire brigade.

What Has Life Taught You? 10 eternal Questions Answered by 40 Exceptional People by Zoe Sallis is a unique concept: 40 extraordinary people give answers to 10 searching questions about their beliefs. In our current age of uncertainty and turmoil, this is a book to give insight for life’s journey and to encourage readers to confront the same questions themselves (£9.99, Watkins Publishing)