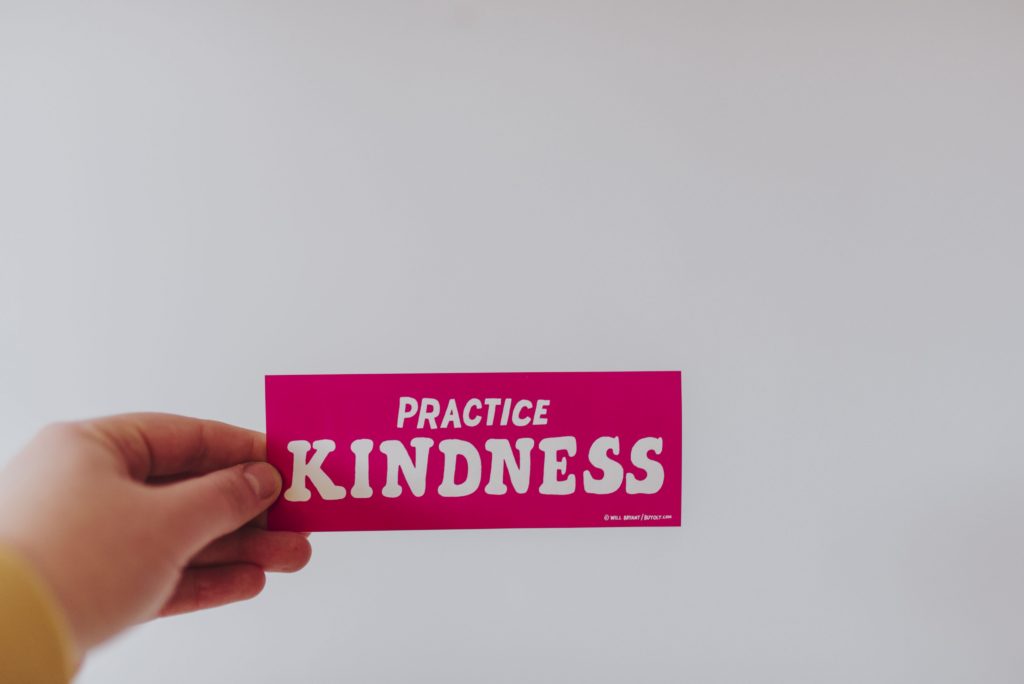 We have an obsession of seeing people fail and kicking them while they’re down. The press and social media trolls prey on the vulnerable for their amusement. We expect perfection from people when we’re far from it. And sadly, people only realize this when we lose a life. Do better.

Social media is an excellent way for people to connect with others, and also share their creativity and talents for free. My wife and I have both benefited greatly from social media with our current careers, and we’re honestly so grateful. However, I’ve always been aware of the challenges when using social media. As a general user, I’d receive abuse occasionally, but it would be infrequent. It’s not until my wife began growing on YouTube, I realized how mean people could be — for no apparent reason.

My experience with trolls

Nevertheless, when my wife blew up on YouTube, and I chose not to be on screen with her, people made a lot of assumptions and harsh judgments about me. They criticized the way I looked from the few pictures they saw. They insulted what I did as a career. They even told me I should die — something I had already attempted in the past.

When some people found out that I grew up without a home and in poverty, they said my wife deserved someone from a more wealthy family. Some people persistently left me negative comments and emailed me daily telling me I was pathetic.

At this point, I was at the beginning of an honest and progressive self-love journey. But, I admit, it got challenging with her online progression. I thought I had developed tough skin, but facing so much unnecessary abuse can take its toll. It was during this point that I had to make a deeper and more conscious effort to love myself. I couldn’t let people define me, knock me down, make me lose my creative power and take away my kindness.

But, they did. Because, eventually, my wife got a lot of abuse. No one really knows my wife as I do, and while she is prone to mistakes like all humans, she’s one of the most sincere and kindest souls I know. That’s why I couldn’t believe some of the stuff people would say to her. She was just an innocent girl, sharing what she loves, and eventually succeeding in it. But, some people would not leave her alone.

It was hard for me to watch. If you love someone, you will know how difficult it is to see them get bullied or see them hurt. Well, I had to do this on a daily basis. And, if anyone has followed us from the start, you’ll know that sometimes, I couldn’t help myself and say something to the trolls, to protect her and “put them in their place.”

In fact, at one point, it got really bad, and people were going to great extents to put us down. So our friend obtained the identities of some of these anonymous trolls.

But, when reviewing a lot of these people, it made me realize that these they were suffering themselves. Many may have been misfits, trapped in unhappy lifestyles, and youngsters with mental health issues. One school teacher confirmed a lot for us.

The impact of social media

When I started my Instagram page, I began to personally learn about the experiences of celebrities and influencers on the platform. I tried my best to help some people cope with mental health problems encouraged by trolling. A few of these people were suicidal.

Since then, I must come across at least ten regular users a week who want to end their life because of the abuse they face online. Amongst these are kids as young as twelve, who not only get bullied in school, but then face it on social media after school. I honestly have no idea if everyone I’ve ever spoken to still exists. While I’d love to help everyone, I know I cannot.

I try to spread universal messages like these to make people more conscious of their actions, hoping that it will make a difference. I know how it feels to be on the receiving end. I’m in a great place on my journey now, but I know that not everyone is where I am. They may not be able to face daily messages that tell you to kill yourself or regular attempts to break up your relationship, like I do.

The biggest problem we face right now is that the Internet is full of trolls who don’t believe they’re trolls. When bullies don’t believe they’re bullies, they will never change because they don’t identify their actions as harmful. We can only ever grow when we confront our own dangerous behaviours.

When you comment on someone else’s life, ask yourself whether you genuinely care about their wellbeing or happiness, or whether you are comforting your own self-image. Remember, self-awareness is the first step to creating positive change.
So many of us talk about mental health, being kind, looking on the bright side, choosing God first, etc. but how many of us defend our positive beliefs by living in line with them?

Many people believe that it’s okay to criticize and abuse others, especially online, as they are not in physical contact. They don’t have to deal with real-life consequences. When these perpetrators are called out, they act defensive and excuse their own behaviours, knowing that if it was the other way round, they would not be okay with it.

You are the problem or the solution in this world. You shape the future. Lead with actions that you want others to follow.
Also, do not kid yourself. People are never truly just saying things. There’s always a purpose; otherwise, there would be no action. Most people want a reaction or want to create a change. For example, on social media, you might leave a remark such as “fat” under someone’s picture. You could talk about how this is just an observation you’ve made, and you’re just stating what you perceive. But, because you announced it, you subconsciously had an intention. Furthermore, you probably wouldn’t say that to someone in real life.

We could say people are becoming too sensitive. We could also say that there are more reasons for people to become triggered — because of platforms such as social media.

One thing that’s clear though is that we are continually talking about what’s wrong with other people without reviewing our own actions. Furthermore, when things are the other way round, we’re the ones who complain or write statuses about haters and mental health — when we are ones making it worse. We become hypocrites. Is that how you want to live? Do you want to keep talking about other people’s bad karma without realizing you are also creating your own with every action you take?
It’s much easier and enjoyable to point out other people’s flaws and mistakes than to deal and work on our own. Gossiping that involves the belittlement of others is not a constrictive habit and it certainly will not help you become the greatest version of yourself. Give it up.

Feed your growth. If someone’s actions or achievements offend you, ask yourself why they trigger you. If you believe they’re doing wrong and need to be held accountable, let karma handle it. Too many people want to handle the “bad guys” but end up becoming a “bad guy” in the process.

Keep it real but don’t make it rude

Your honesty is appreciated, and sometimes, you do need to speak on matters to make others aware. But, keeping it real without kindness is usually abuse.

If you believe a public figure is doing wrong, move on by unfollowing them. Do not support their actions. But, cancel the hate and stay subscribed to love. Believe me, hating and trolling won’t pay your bills, it won’t make you successful, and it definitely won’t help you find authentic and lasting happiness. Creating multiple accounts to spy on people will keep you in a web of negativity. Embracing bad energy only harms you at the end of the day.

Don’t just take your mental health seriously, have regard for other people. Use any negativity to understand and transform yourself. Remember, if you can’t be kind, at least don’t be unkind. Don’t pass your pain on to others, it not only hurts the world, it hurts your future. After all, you will reap more of what you sow.

Misery will encourage you to hate on people and mistake it for happiness. Be self-aware and recognize that your urge to put others down is not coming from a healthy place. Go inward, get to the root of your pain and transform the emotion to something more empowering. 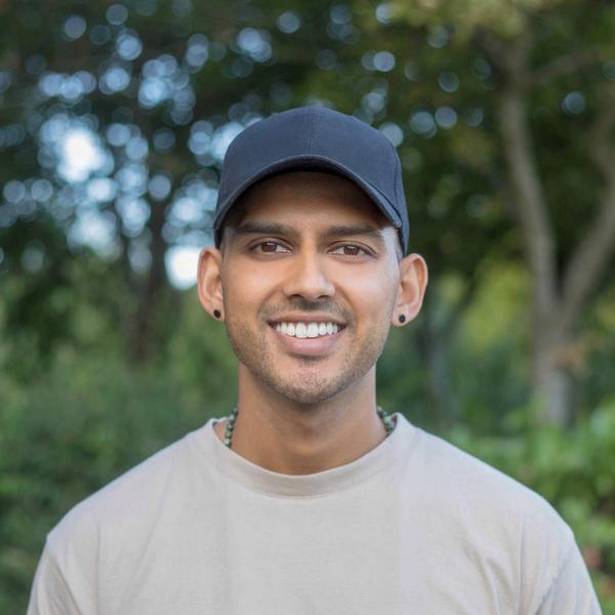 This article was originally posted on Medium and was inspired by the recent passing of British TV presenter Caroline Flack. Vex King and Kindred Spirit are sending love to her loved ones at this devastating time.

Vex King is a young British social influencer, mind coach, writer and lifestyle entrepreneur. He is the owner of the Bon Vita lifestyle brand, which delivers empowering perspectives, spiritual wisdom, practical solutions, inspirational stories, life lessons and more. His aim is to help others transform themselves and their lives into something greater.