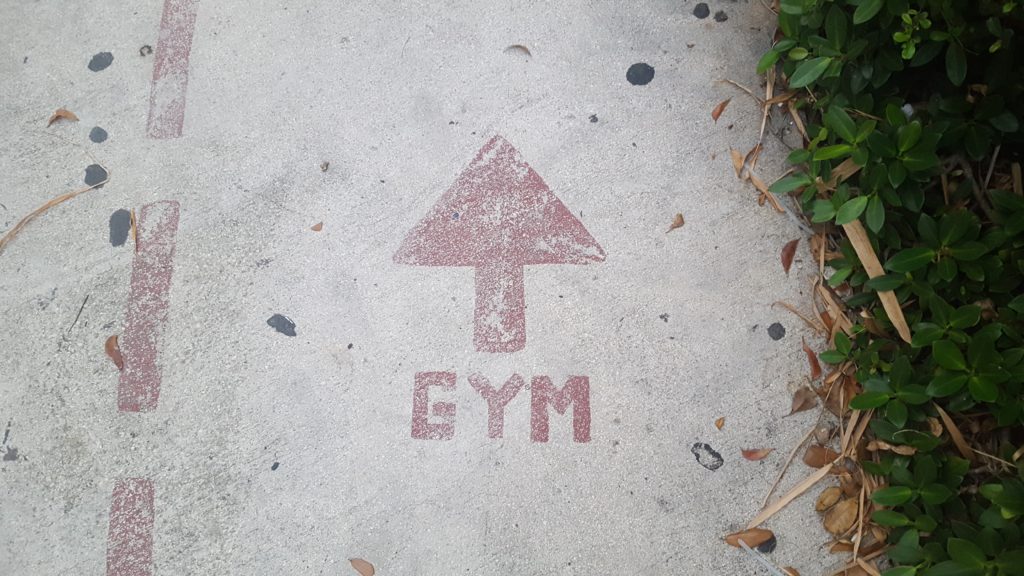 No one expects to instantly have six-pack abs after doing twenty sit-ups (or, at least, no one should). It took me a long time to realize that meditation is like that, too: strength training for our brains. Sure, you might feel slightly better after doing twenty sit-ups or meditating for ten minutes one morning. But as I’ve learned, the real reward comes with repeated use.

It took me a year of intentional, dedicated, daily meditation to realize that meditation is like strength training. In the fall of 2016, I decided it was time to truly commit to a habit of daily meditation. I’d dabbled with meditation in the past and it was helpful in certain situations. During a stressful period at work. When I experienced parenting overload. But in the fall of 2016, the world was looking especially apocalyptic and I decided I needed to get serious about what my survival strategy would be. I made a graph to track my daily meditation, set up a stack of pillows in our bedroom and… sat. Really, that was it. I just sat.
That’s the weird thing about meditation – doing what feels like nothing for ten minutes every day can radically change your entire life, even when it seems in the moment like nothing is happening. And it definitely can change your life. New research comes out every day documenting the benefits of meditation. The long list includes stress reduction, controlling anxiety, promoting emotional health, lengthening attention span, weight loss, reducing memory loss due to old age, helping to fight addiction and improving sleep, just to name a few.

But when you’re actually sitting on the floor, it’s hard to believe in all those positive effects. This is one of the most misunderstood aspects of meditation – the idea that something magical, spiritual, profound or even, you know, interesting, happens while you’re meditating. Maybe other people have an out-of-body experience, but I stay quite unremarkably right where I am, sitting on some pillows on my bedroom floor, usually with a cat snuggling up against me for warmth. At least for me, meditation itself is pretty boring and, on top of that, hard, though not in the way many people think. Here are four ways meditation is like strength training that might help you jump-start your own regular practice.

Resistance is essential – or there’s no wrong way to meditate

The only wrong way to meditate is to not meditate because there is no “right” way to meditate. I hear people all the time saying things like, “I couldn’t concentrate, so I’m doing it wrong.” But meditation isn’t about concentrating. In fact, “failing” to concentrate is sort of the whole point.

Here’s what my first attempts to meditate looked like: I sat and tried to count to ten, focusing only on the numbers. Every time my mind wandered, I had to go back to one and start over again. I never got to ten, and so meditation felt like practicing failure. I was certain that I was doing it wrong. Eventually I realized that the failing is the most important part. In fact, if you don’t fail, you’re not doing it right.

This is where the metaphor of strength training comes in especially handy. If it takes no effort to lift a weight, you’re not going to get any stronger. You have to have some kind of resistance to work against or nothing happens. In meditation, the resistance is the tendency of our minds to get caught up in endless circles of thoughts that trap us in the past or the future and keep us from being firmly grounded in the present. Our monkey mind, some Buddhists have called it. Your mind will wander when you’re meditating, and that’s the point. You haven’t failed when you find yourself making a list of things you need to get done, or re-living an argument, or contemplating a finer plot point of whatever Netflix show you’re binge-watching. The point is to be able to observe the antics of your monkey mind and then lovingly bring it back into the present moment. Over and over again.

There is no gym – or you can meditate anywhere

Just like with weight training, you can drop a lot of money on fancy meditation equipment. Instead of expensive home exercise machines, there are candles, pillows, bolsters, candles, and shrines. Or how about a mind-sensing headband that costs over $100? If that works for you, go for it. But when it comes down to it, the only essential meditation equipment you need is you – which has the added benefit of making meditation highly portable. I’ve meditated in my bed, on the beach, in countless hotel rooms, in a car, in airport terminals and on airplanes (two places where meditation comes in especially handy if you’re a nervous flyer like me!). The classic pose we associate with meditation – legs folded into half or full lotus position on the floor – is just one option among many. If the idea of sitting still is too much for you, there’s even walking meditation. Just like creative, at-home strength training programs, if you work with what you have in your house, you can make any space or setting work for meditation.

Muscles take time – or why you should stick with it

Sometimes meditating feels good as you’re doing it, or immediately afterwards. There are many little moments over the course of my day when I remind myself to breathe and it definitely helps. Breathing itself is a kind of meditation. But sometimes meditation is the last thing I want to make space for in the middle of a busy day. Sometimes it’s just another chore and on those days it’s easy to convince yourself that meditation is best used like first aid—apply only in case of an emergency. But like strength training, meditation works best when it becomes a habit you practice over time.

I didn’t believe this when I started my regular meditation practice, even with all the research I’d read about meditation’s benefits. But over time, I noticed subtle differences that, as they accumulated, became a big deal. It gradually became easier for me to break out of cycles of anxious thoughts. My negative thoughts became more slippery, easier to let slide out of my mind rather than holding onto them with a white-knuckled death grip. I got better at recognizing the way negative emotions like anger felt in my body, giving me the ability to observe these emotions as something that was happening to me rather than who I was. Meditating daily over time took the edge off the little frustrations that used to get under my skin, like feeling angry at co-workers who didn’t do what they were supposed to do. Instead of reacting with frustration, I was more capable of shifting to compassion by understanding that they were dealing with their own baggage and that getting angry at them didn’t help me. I found forgiveness, in general, easier. As someone who deals with depression I was able to be more compassionate toward myself when I hit a slump, and that meant I didn’t spend as much time in those low places. All these benefits only came with time and repeated daily use.

The gift that keeps on giving – or don’t give up

I’ve been meditating every day (okay, I do miss a day every now and then – no one’s perfect) for almost three years now. I can say that the effects don’t wear off over time. In fact, as time goes on, I notice more and more subtle shifts in my perspective. Daily meditation is the gift that keeps on giving. I’m not saying that I’ve reached enlightenment or that I don’t get angry, sad or anxious sometimes. I do. But meditation as a form of strength training for my brain is definitely one habit that’s well worth forming. 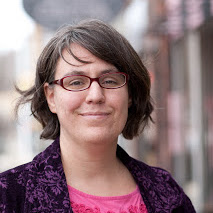 Robyn Ryle is a feminist and sociologist who writes about community, gender and mindfulness. She’s the author of two nonfiction books, She/He/They/Me and Throw Like a Girl, Cheer Like a Boy, available in July 2020.