The Power of Thirteen 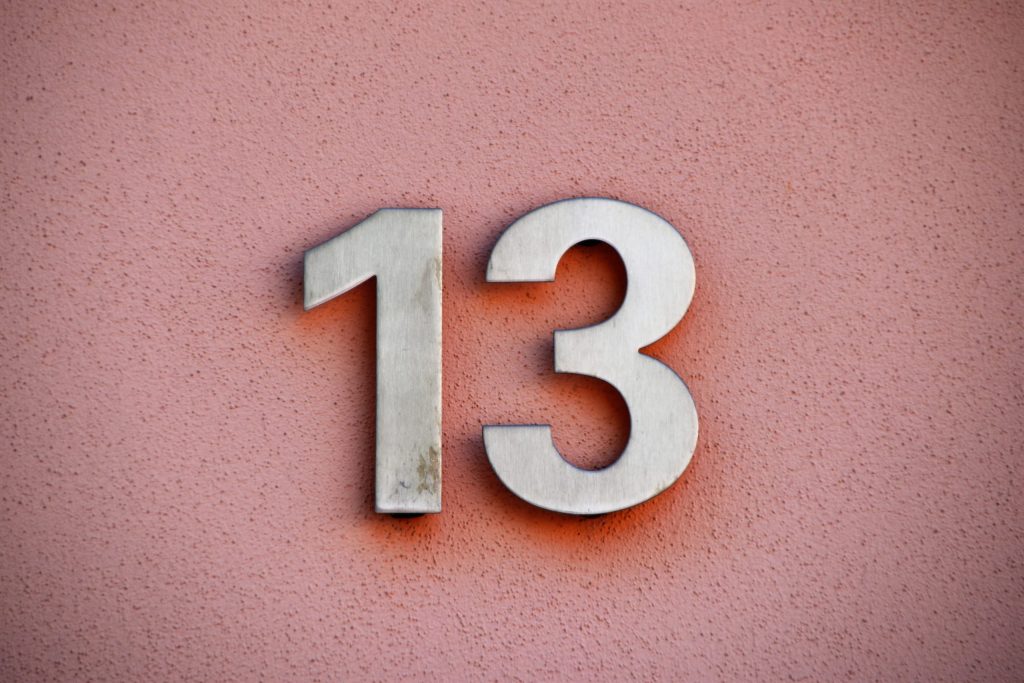 How often in our lives do we feel powerless to make an important change? We do our best to be in good spirits, to keep a positive attitude, to intend something better, and yet it may seem as though whatever we need simply doesn’t happen, or that our lives don’t change at all. What is the missing piece to finding the magic that will change things?

We have divided our lives into sections of twelve, having forgotten the power of thirteen that lives within us as a reminder that we are part of nature. The energy of thirteen is a key to remembering who we are and our place in the universe. It is a very real part of life. But we have forgotten the power of thirteen, as we follow an artificial system that has been engraved into our consciousness. We measure our time by twelve months in a year and twelve hours in a day. We look to the stars to understand ourselves, but we only see twelve astrological signs and twelve astrological houses. We even group our foods into dozens, such as a dozen eggs or a dozen biscuits. Everything that we rely upon to define our reality is based on artificial groupings of twelve.

Life, however, is not organized into neat parcels of twelve units. A couple of examples can make it clear that we are ignoring the actual reality around us – the moon cycles around the earth thirteen times in one of our artificially organized twelve-month years, and most women have thirteen bleeding cycles within a year. So why is everything in our lives based upon divisions of twelve, instead of thirteen? A long time ago when the world was more peaceful and harmonious, people paid attention to the number thirteen as a special number holding powerful energy. In fact, thirteen has been called lucky women’s number because in matriarchal societies, the power of thirteen was recognized as an important number that opened possibilities for change. Why? Because thirteen is an energy of integration. The energy of thirteen holds magic.

When we view our lives through a lens of divisions of twelve, we tend to rush from one thing to another, always anxious to begin what comes next. There is no room for integrating what came before and learning from it. Therefore, we are doomed to repeat the same patterns of behavior and cling to the same misguided beliefs. Having finished one cycle we eagerly begin the next – as evidenced by the cultural imperative to make New Year’s Resolutions at the end of the twelfth month of the year. There is no space before the New Year begins. We don’t really take the time to review what the last twelve months have revealed to us before we are already making plans for what we will do in the next year. In other words, there is no pause from one cycle to the next, no place to integrate our experiences so that we can learn and grow from them. Therefore, we become stuck in loops of repeated beliefs and behaviors and find ourselves wondering why our good intentions don’t really work.

The divisions into twelve rather than thirteen cycles began when patriarchal societies overtook the peaceful matriarchal societies. The more intuitive nature-based matriarchal societies, which were based upon divisions of thirteen cycles of the moon and thirteen women’s cycles, honored the power each of us holds to make positive change. Space was always created to integrate what had been learned in each of the previous stages of that any cycle; i.e. what was begun; what was changed; what was understood. There was no division between the divine feminine and the divine masculine, for each had its value. Societies were egalitarian, and each person had merit, for each person contributed to the whole. Everyone was important because it was recognized that whatever one person did affected everyone else. Women, who deeply understood our connection to nature’s cycles of thirteen, encouraged both women and men to review each cycle and integrate the effects of what had or had not been accomplished before beginning a new cycle.

“What better way to gain control over a people than to take away their knowledge of their own power?”

On Friday October 13th 1307, The Knights Templar (the warriors who originally defended all travelers) were attacked by King Philip of France in an effort to obtain their tremendous wealth in gold. It was that massacre that gave Friday the 13th the name of being an unlucky day. Most likely, the day for this attack was chosen to further instill upon the people of the time that they should avoid the energy of thirteen whenever possible, as it would bring bad luck. Incidentally, the wealth of the Knights Templar was never gained; many believe that the few survivors of that group hid the money and that it grew into the money that feeds the cabal (powerful families in America and England) today.

Today, people have forgotten the wisdom of their ancient sisters and mothers about integration and cycles of nature and the cosmos. Superstitious beliefs such as leaving out the thirteenth floor on buildings because it is unlucky have remained, however. Without knowing why, we have become a society that pushes to accomplish more and more, to control more and more, without understanding the necessity of rest and integration of experience before moving on to the next thing.  Each place on any cycle has a particular gift to offer or thing to learn. What should take place for our own growth is an automatic pause to integrate previous learning before beginning the next cycle, just what the energy of thirteen offers.

I ask you to stop and consider this intentional inference of thirteen as an unlucky number into our collective consciousness. What better way to gain control over a people than to take away their knowledge of their own power? What better way to take control than to teach people to have faith in some power larger than themselves, rather than reminding people that divine power lives within them, and all they have to do to access it is to stop, be quite, and learn to listen. This is what integration is all about. The energy of thirteen is an entry point into the void where all wisdom lives. When we dismiss the thoughts and beliefs that are so deeply instilled within us and stop to listen to the voice in our hearts, we can remember and find the integration point that connects us to the source of all wisdom–the place of power where we regain our ability to experience magic and make changes in the world.

We have forgotten the power for change that exists within each of us when we use the energy of thirteen to stop, think, feel, and integrate our experiences before moving to the next moment. The power of thirteen is the place where people consider what has happened and cooperate together for change before moving forward. It was the Pleiadian group, Laarkmaa, who brought me the understanding of the number thirteen as a point of integration. The Pleiadians are trying to help humanity awaken and remember who we are, what we are capable of, and the power we hold to make magical changes by entering into the quiet space where all wisdom lives, integrating that wisdom into our choices. According to the Pleiadians, if we do not integrate our experiences, we cannot learn, nor can we evolve. Currently stuck in our loops of twelve, it seems that we, as a species, simply don’t learn.

Many of us know that we are collectively making a choice to either move into harmony and oneness or go more deeply into separation and suffering. The energy of thirteen is the place where we can find our power. I suggest each one of us step into the blissful stillness and listen every day, learning to integrate our experiences before making new and better choices. Consider this article a treasure map to help you regain your power and step into making your own magic. 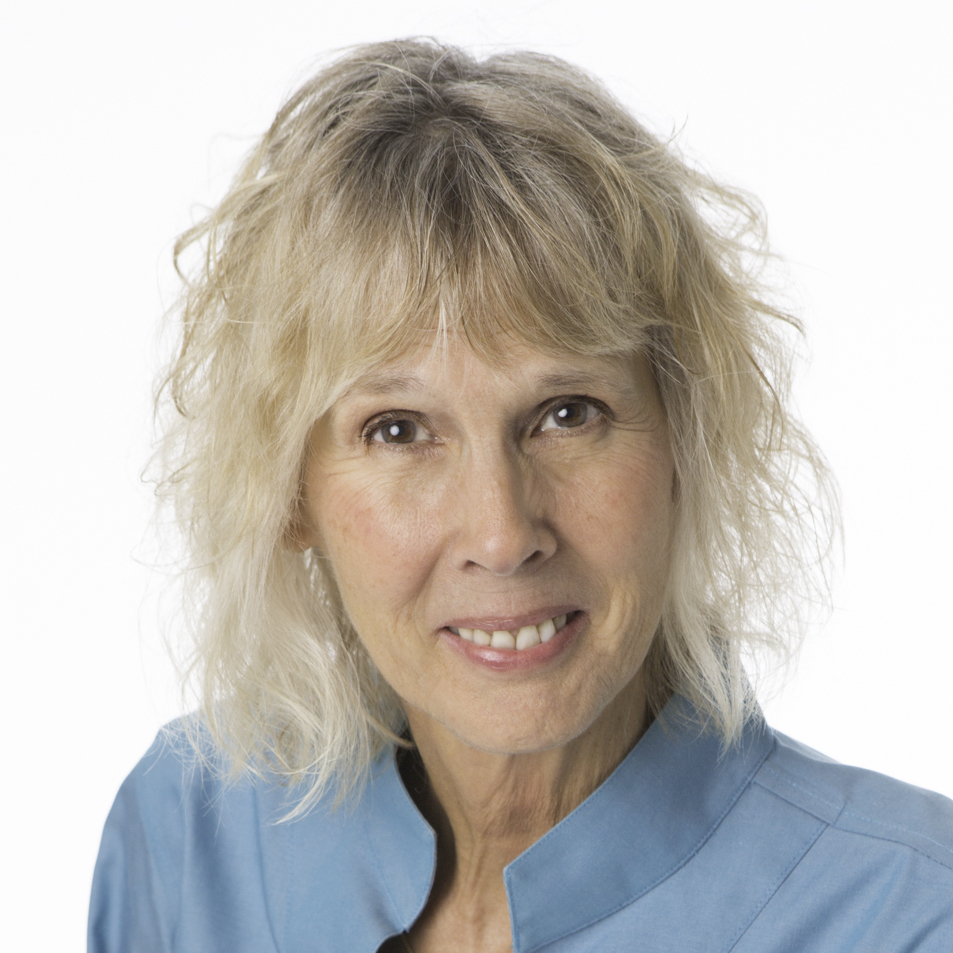 Pia Orleane, Ph.D. is is co-creator of the 2020 Pleiadian-Earth Energy Calendar, a guide for conscious evolution and spiritual advancement. She is the co-author with her husband, Cullen Baird Smith, of the award winning book Pleiadian-Earth Energy Astrology- Charting the
Spirals of Consciousness. Pia was nominated for the 2019 Kindred Spirit MBS writer of the year. The former practicing psychologist is a respected intuitive, Pleiadian-Earth Energy astrologer, and author of the Nautilus Gold Award winning Sacred Retreat–Using Natural Cycles to Recharge Your Life. Her work has been translated into Russian, French, German, Italian, and Chinese.

For more information on Pia’s work, see
www.piaorleane.com or
www.laarkmaa.com