Yoga with Animals: Experiences with Alpacas and a Cockapoo Called Crikey 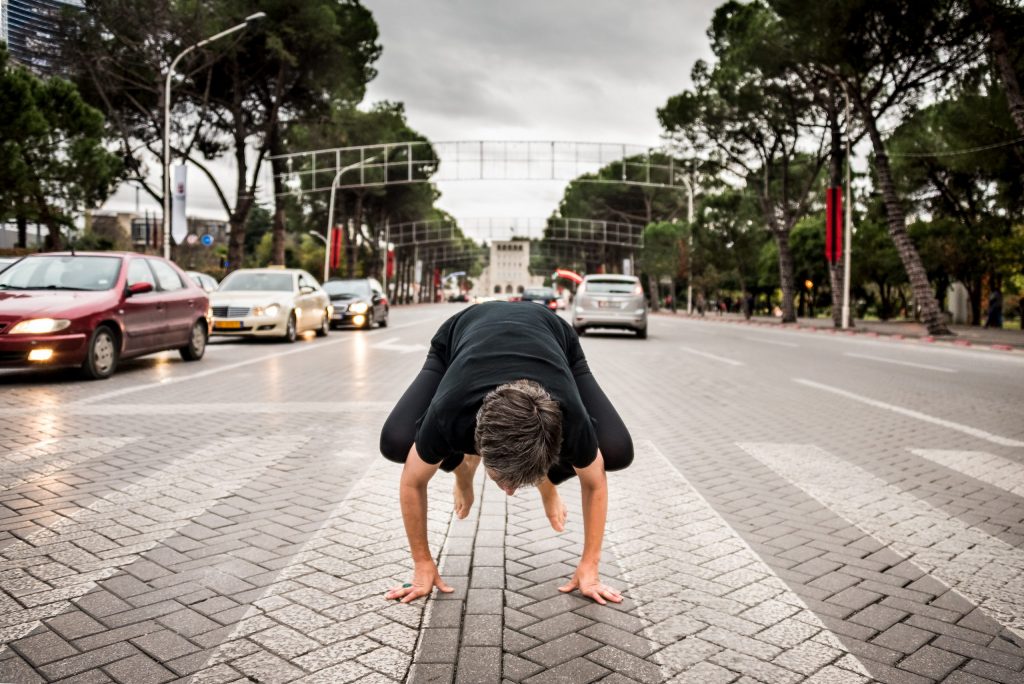 I love animals in the abstract – I’m a vegetarian and even a vegan for much of the time – but the truth is that I find their reality disconcerting: the wet noses; the lack of language; their unpredictability. 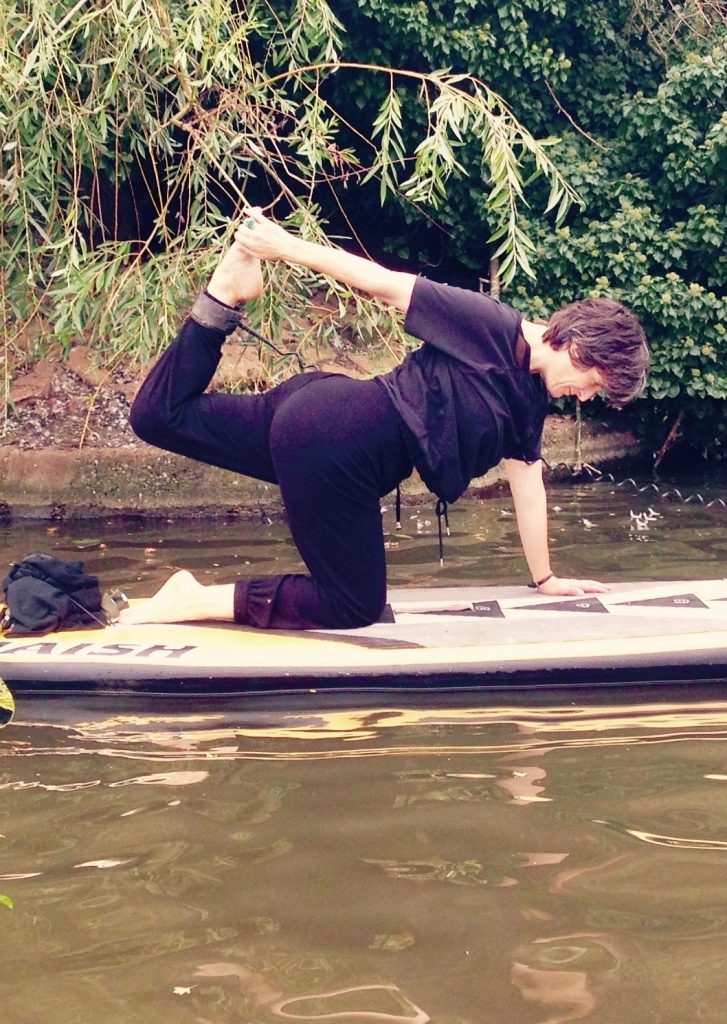 Yoga has become my way of living with – and even sometimes loving – the disconcerting. It helped me overcome my fear of the water by trying Stand Up Paddleboard yoga, and it helped me find my feet (less literally) in the classes in our Cornish village hall, which is where I started to feel I belonged to the community I had moved into.

So it seemed that yoga would be the perfect way to get a bit more comfortable around animals. In the last few years, yoga with animals has become increasingly common. Goat yoga started in America but can now be found all around Britain – even on The Archers. I set off in search of animal yoga.

The first session I went to was DogaMahny TM dog yoga in London. I went with a friend and her exquisitely named Cockapoo, Ms Crikey Barker, though I could have gone without a dog as some others had done.

Seated on our mats, our teacher invited us to focus our breathing. I had learned how to do this in my daily meditation practice and I had described my first attempts at meditation as being ‘like letting a puppy out to play’ as my thoughts romped around, dug up bits of my mental garden and wagged energetically at irrelevancies.

As I attempted to focus on my breath in the Doga session, I watched my simile come to life. Dogs careered around the mats, bounded up to the bowls of water left for them in the middle of the circle we had formed with our yoga mats, splashed it on the floor as they drank, trampled their paws in the spillage and leaped off to another corner of the room. Two started play-fighting; others got into something more intimate. There was yapping and squealing, and the suppressed swearing and apologetic fluttering of the hands of owners, and Mahny assuring us all that we should stay just where we were, and that the dogs would sort it out. ‘There will be barking; there will be widdling; there will be humping,’ she murmured gnomically.

She invited us to go with the flow, following her as she was prompted by what she judged to be the energy levels of the humans and the dogs in the class. Some of the dogs quieted eventually, and we held Boat pose with our dogs on our laps; we stood in Triangle pose with our dogs under our arm ‘like a handbag’. We folded over into Uttanasana and were invited to bury our faces in our dogs settled below us; Crikey’s paws paddled into the tops of my feet. We did, of course, hold Downward-facing Dog, and one obliging spaniel mimicked the pose like a guide. We relaxed into Child’s pose and for those who were willing, Mahny helped settle dogs on people’s backs.

We stood in Tree without our dogs, though as when my friend came down from the pose ‘like a lumberjack’ as she described it, and we heard a squeaking rebuke to her for catching Crikey’s tail, the dogs could get involved at all times. 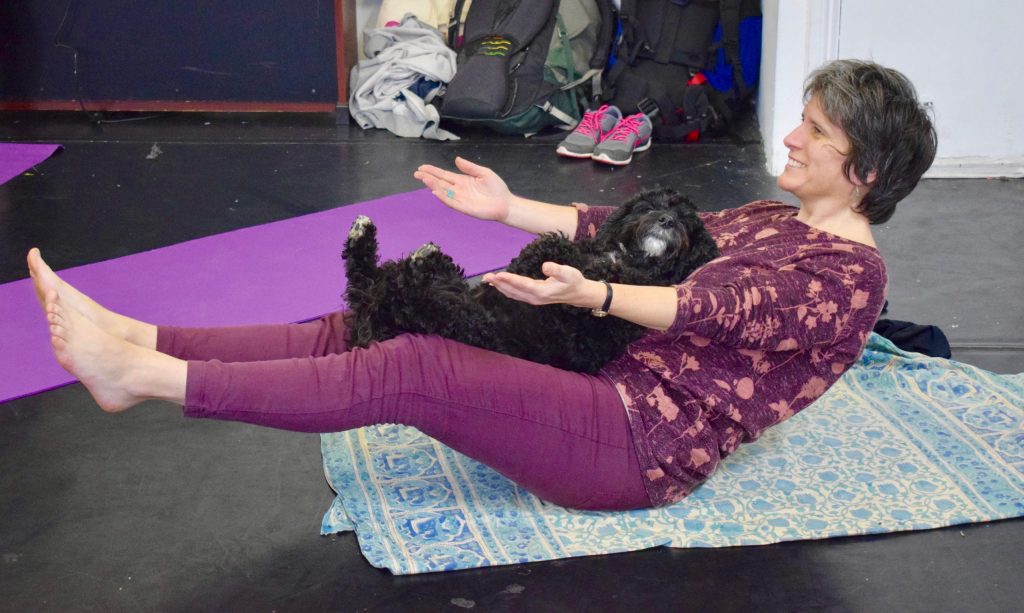 Towards the end of the session, Mahny helped share out the dogs to everyone who was there, making sure that even those who had come without a canine companion had the chance to hold or stroke. As I looked around the room I saw how those wet noses I’d been so wary of were snuffling smiles onto the faces of the people around me. How the serious guy who’d said he’d never done yoga before and who’d been frowning at the unfamiliar positions suddenly relaxed as soon as a tail wagged near him. How the tired woman seemed re-energised (in fact, she suddenly seemed younger) in the enthusiasm of an inquisitive puppy who’d approached her. Looking around the room, I realised I was just starting on learning a new language for what I’d thought of as ‘dumb’ creatures; that I could find a way to love animals because, if nothing else, I love humans.

So having proved that I could handle close contact with dogs after all, I hoped I could be ready for an untamed animal yoga challenge. I travelled down to Devon to a sunny field and gingerly approached the creatures watching me from the other end. These were to be the yoga companions for today’s outdoor session. But what were they? Camels? Poodles? A cross between these and a sheep? And a kitten? In fact none of these – I was in a field with the Rosebud Ranch’s alpacas. 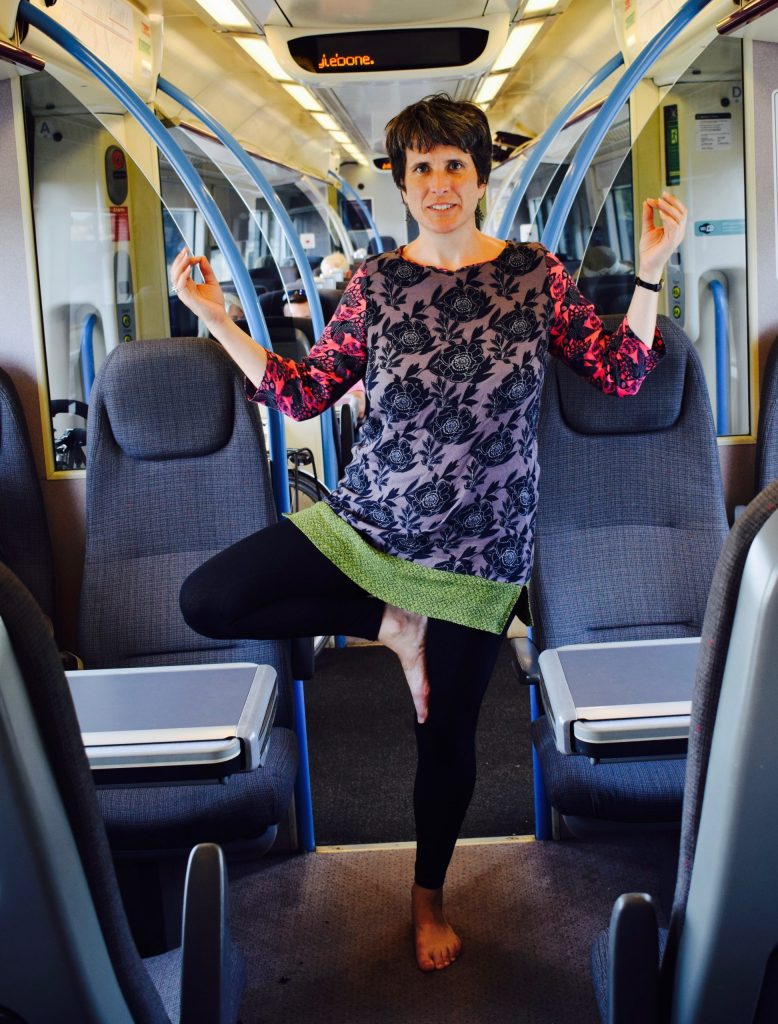 ‘You know they spit?’ I’d been warned by a friend, but Lucy – the owner of the Rosebud Ranch – explained that the alpacas would only spit at people if they felt threatened. Sian, our instructor, guided us with laying out our mats and as we did so, the alpacas skittered off to another corner of the field. I didn’t know whether to be disappointed or relieved. So I wouldn’t be spat at while my attention was distracted with a balance pose. There would be no butting into me as I held Warrior. But then, from a safe distance, I could now stare at them as much as I liked while I was practising.

And they were great to look at: as Sian said, ‘The animals are calming and therapeutic, they have wonderful energy and a peaceful presence… as well as being very cute and fluffy.’ Nevertheless, as one of my fellow yoginis – Mary Ann Nester – commented, it was undeniable that ‘if the alpacas had been keener to mingle with us, their contribution to a spiritual connection would have been greater.’

But perhaps the animals’ apparent disdain was just what we needed. I’d felt so special, travelling down to Devon to do yoga with these creatures. But while I was having my Experience, and other yoginis were taking selfies, and we were all busy with the undeniable Instagram appeal of these wide-eyed woollies, the alpacas were teaching us the fundamental lesson of animal yoga: that we are not of nearly such interest to the natural world as it is to us. And that in keeping our smartphones with us on our mats, we seemed to have forgotten the real reason to do yoga. 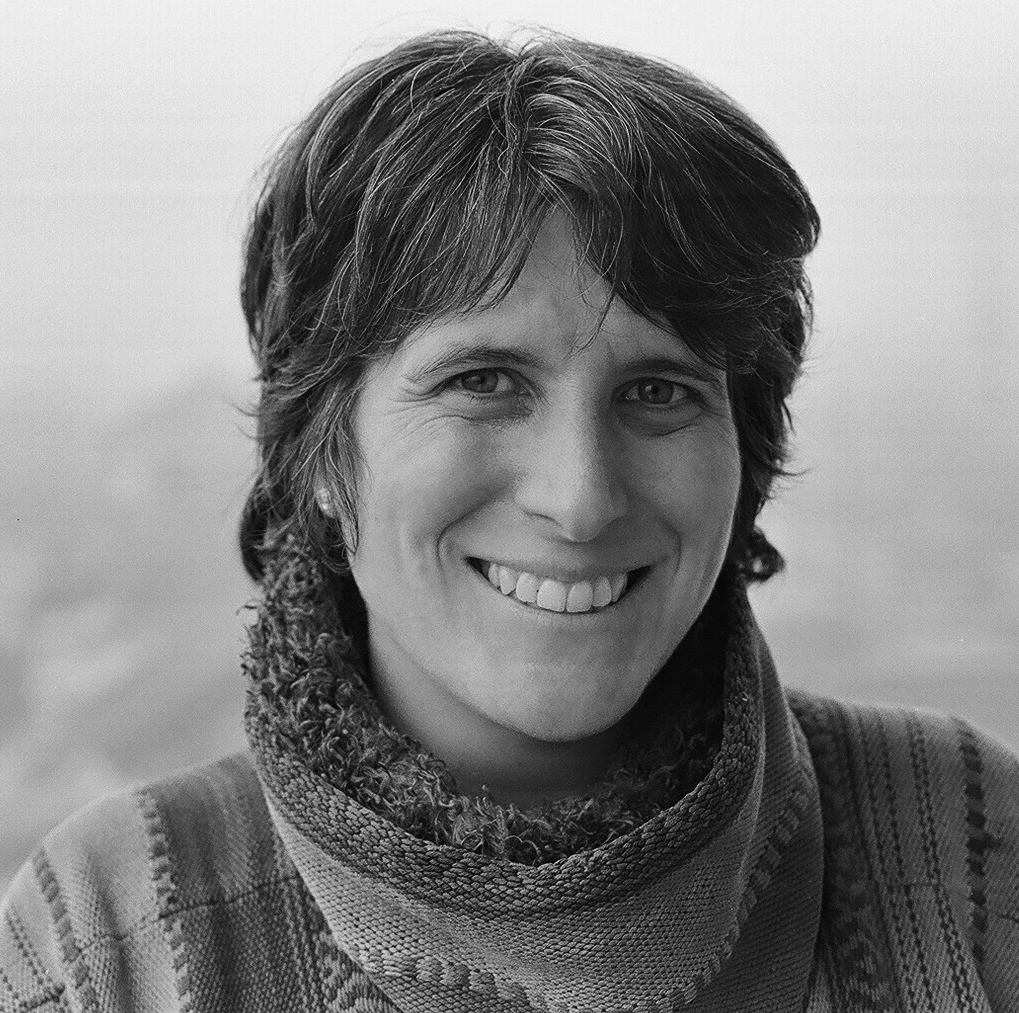 Elizabeth Gowing is not a likely yogini. She is too fond of chocolate and to-do lists, and sometimes falls over on her mat. But yoga has taken her on journeys both inside and out, and now she follows yoga around Britain – from the village hall where a quivering triangle pose was interrupted by the council recycling collection to a sound gong bath in the country’s noisiest city. Elizabeth’s new book, Unlikely Positions in Unlikely Places: a Yoga Journey Around Britain was published this summer by Bradt