Drawing on both personal and universal experience – and recognising the inherent connection between the two – Sarah-Jane Menato delves into the symbol of the Labyrinth, discussing ideas of path-finding and the symbol of Labyrinth and Mother that lies physically within each of us.

In March, five weeks after my mother died, I heard Professor Sue Black on Radio 4 talking about her book All That Remains. She spoke about death in a forthright way that I have since developed a thirst for. Currently Professor of Anatomy and Forensic Anthropology at the University of Dundee, Sue Black’s work takes her to far-flung places where she confronts hellish scenes that can’t adequately be described. She finds out why and how people have died. She knows unusual and eerily beautiful things about the power and vulnerability of our human bodies, and the subject of death. 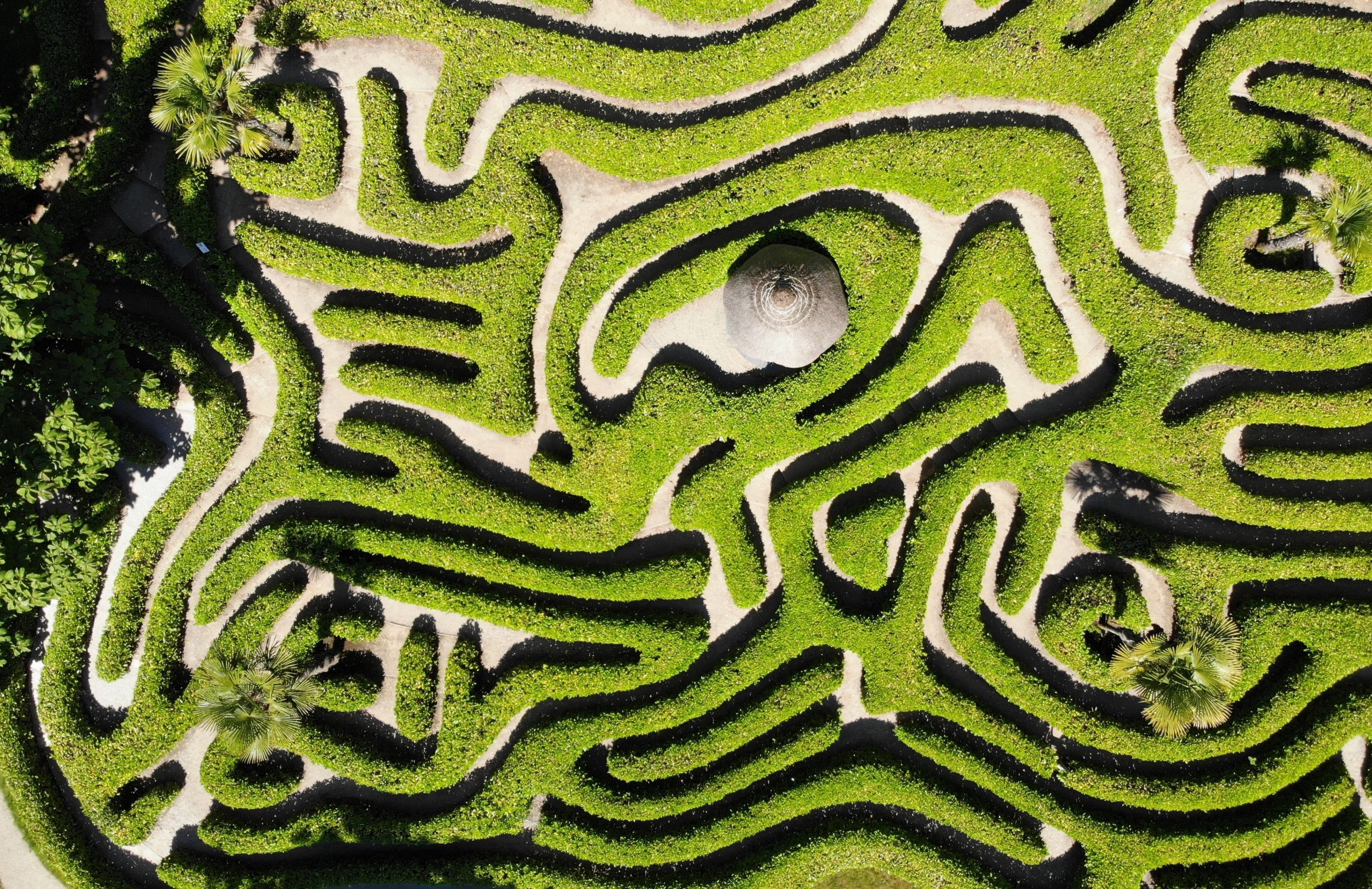 I was in the car driving. With my focus on the road, I listened attentively as Sue Black named a bone in our heads called the otic capsule. Rather than logic, my intuition led as she explained that the otic capsule is the only bone in our bodies that stays with us from womb to tomb. It endures even after cremation, hence its value to a forensic anthropologist. As a creative writer, my imagination accelerated as I drove steady on my way.

The otic capsule is an area of bone surrounding the parts of our inner ear which deal with hearing and balance. Because of a protein called osteoprotegerin, the bone turnover which occurs in the rest of our bodies does not occur in the otic capsule. Formed somewhere between the 16th to 18th gestational weeks, the otic capsule is fully ossified at birth and is entirely complete by the time we’re two years old. Wryly, Sue said on the radio that “understanding the otic capsule puts an entirely new spin on the fact that your mother gets ‘inside your head’”.

Well, that got my attention.

More recently, I read a breathtaking piece by David Abram in Emergence Magazine titled ‘Creaturely Migrations on a Breathing Planet’. As a member of the human species, I’ve observed that finding our way is challenging much of the time. Other species seem not to have lost their way. They may have lost their habitats, the conditions they need to thrive in, and much more. But they remain faithfully committed to finding their way, in service of their own becoming and unique place in our ecosystem. Plants take root, pushing up through concrete; salmon swim between fresh and salt water sensing their way in complex migratory cycles; birds fly thousands of miles to overwinter in warmer climates and later return.

What have humans lost or forgotten? Where is our place? What is it that requires our enslavement to clocks, maps, and other technology to ensure we’re at a certain place at a certain time, often undermining presence in the here-and-now? How might these questions relate to Sue Black’s otic capsule and the human loss of connection to systemic impulses that non-human life remains tethered to?

I am certain that as humans, we have somatic skills that extend well beyond our mainstream lived experiences of them. What if much of what we’ve assumed about how migratory creatures make use of internal maps, inner compasses, innate calendars and clocks simply isn’t the way we think it is? What if, as David Abram suggests in his article, we are all parts of the biosphere which is “our actual Body, the broad metabolism in which our smaller, more transient bodies are entangled?”

If that is so, then my body and I are part of a flow beyond my wildest imaginings. If I long to find my way back into the deep system on which my sense of belonging, direction and purpose depend, what untapped resources might help guide me through the tangle of what we humans have done?

The morning after hearing Sue Black on the radio, I asked myself: “Who exactly is the ‘Mother’ in my head?” and let curiosity be my guide. I searched for a photo of that bone in my head – it looks just like a labyrinth.

Mother has become a loaded, tangle of biological, psychological and spiritual dynamics. Mother is both an archetype and a lived experience for all of us. What if, through the otic capsule, there’s an enduring connection back through our own biological mothers and to the Great Mother herself, Gaia?

Imagine the otic capsule as an embodied labyrinth of mythic proportions. Could it be a touchstone with the symbol of Mother, ever-present, calling us humans to our place in our own migratory cycles of letting go and letting die, renewal and rebirth? What if the otic capsule somehow nurtures an enduring human capacity to engage systemically with the flow in our larger body, and with our own creaturely migrations of separation, surrender, death, renewal and rebirth?

“Imagine the otic capsule as an embodied labyrinth of mythic proportions…”

Author Stephen Buhner suggests that what is now called the quantum multiverse was known in ancient times as the mythic world. He suggests Gaia generates ever-changing form out of an underlying field of potential – out of the ‘mythic’ world. Buhner suggests that just before anything emerges into this world, it exists in the imaginal world as archetype. An archetype, according to Buhner, prefigures or foreshadows the forms that come into our world. According to Buhner, “…every form we see in this world is a modified expression of the archetype that underlies it.”

I work with myths, archetypes, stories and creativity. For me, the power of myths is partly in their faithfulness to emotional truth rather than facts. It seems to me that making distinctions between the facts of what goes on around us, and the truth of our experience, is a critical endeavour.

Myths come to us through cultures that have inevitably altered them, but in the bones of any story that has endured there is always a resonant core of truth – even if the story isn’t factually accurate. I’ve written a revision of the myth of Ariadne and her Thread. This is in part because the myth that has come down to us doesn’t tell the whole story of how, during the time in which the Minotaur occupied the Labyrinth, there was no sacred darkness in which either endings could take place or new life could begin. Reclaiming the sacredness of the Labyrinth involves reintegrating death as life’s beloved.

The mythic role of the Lady of the Labyrinth was to guide humans and help us through the dark, through the frightening and difficult times of both birth and death – a migration of sorts in its own way.

I wonder if we have ever needed Her more. And how extraordinary the outrageous possibility that we each have direct access to Her through a bone she’s placed for us in our very own heads. 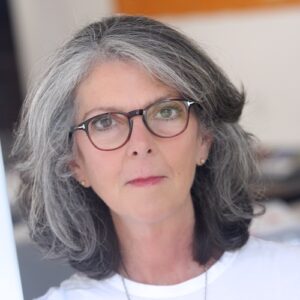 Sarah-Jane Menato lives and works in the UK as a coach, facilitator, author and consultant. Sarah-Jane invites people off well-worn paths and into their next iteration through workshops, retreats and leadership development programmes that she designs and delivers. Her book, Ariadne’s Thread and The Myth of Happily Ever After, is available to order from Amazon, Waterstones and other good bookshops.