How Madness Feels: An excerpt from Into The Woods and Out Again by Dina Glouberman 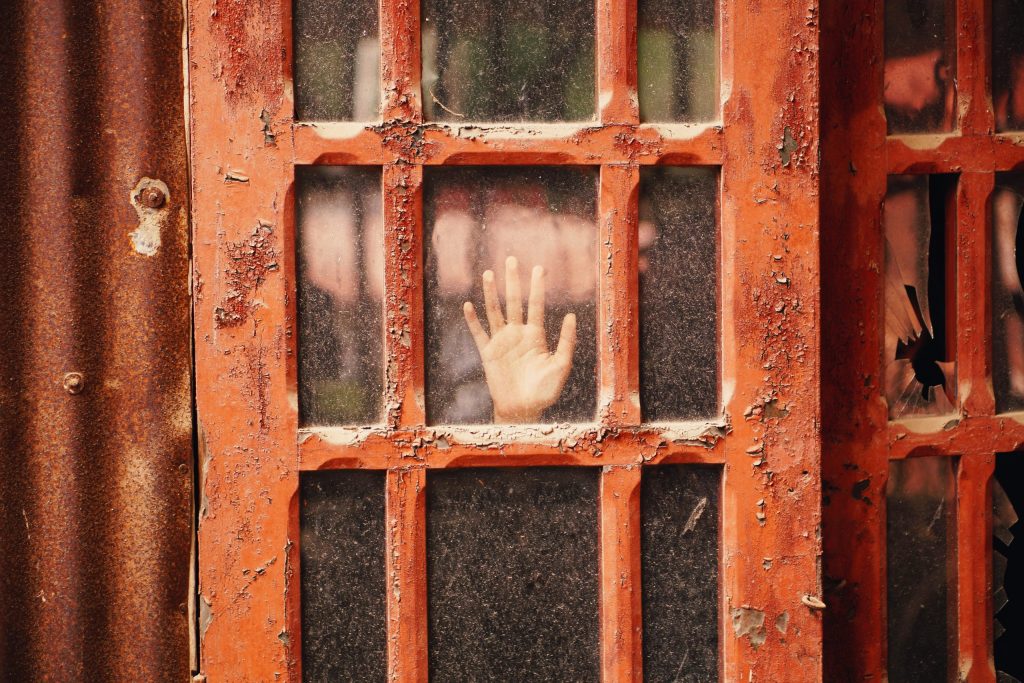 Let me start with the first story. I was about to turn 26, going through a difficult time which I can best characterise as ‘too much work, not enough love.’ I was not long in London, with a partner but far from family and community, and with incredible demands on me. I was lecturing, finishing a Ph.D, seeing clients, in therapy training with RD Laing, and co-writing a book with my professor. It’s tiring just to list them.

I started waking in the night depressed, wondering which of my choices had been wrong, what I call ‘making plans for the past.’ My biggest fear was that I would end up in the back ward of an American State Mental Hospital having to watch television all day when I didn’t even like television. An iconic moment was a long walk I took up Finchley Road in North London, when I didn’t know what century I was in. I gazed at women wearing mini skirts and others in maxi dresses, and wondered if I was in modern times or Victorian times. I stopped at a bakery and didn’t know if my money would be valid in the century I was in, but it did seem to buy me a bun. Then it started to rain, and I came home soaking wet, looking so drowned and frightened and lost, and by now suspecting my partner and friends of poisoning me, that my partner called my GP and he had me admitted to a psychiatric ward in the Middlesex hospital.

There I kicked and scratched the doctors, thinking they were the FBI. A few days later I walked up to the top of the hospital, following clues in bits of paper on the floor of the labs to the roof. I thought I was being told to throw myself off the top. But the thought of my body splattered on the ground frightened me and I ran back to the ward.

To understand a bit of what I was going through, imagine a world in which you simply cannot take anything for granted, not in the material world of reality, not in the social world of convention and conversation, and not in your inner life. There are no guidelines to go by. Nothing is impossible. You have completely lost that mysterious knowledge that is called common sense.

When the nurse said, ‘I won’t eat you’ how could I be sure she didn’t mean that she usually eats people? When I told my visitor the wall was talking, she checked and discovered that there were earphones hanging off the wall and a radio program being piped in. We were hearing voices, but I was missing the common sense that told her the wall couldn’t be talking.

And all along, there was some truth in the things I believed. For example, the FBI had in fact visited me in New York looking for a radical friend who was at that moment hiding in the wardrobe , and they did take my fingerprints saying I looked like her. And throughout these months in hospital, I was making sense of my condition and trying to find my way back. The psychiatrist actually asked me ‘As a psychologist, what do you think is the reason for your breakdown?’ I answered, ‘It depends on your theory’, and went on to mention a few very sensible ones. On one level I was a psychologist looking for an understanding of the mess I was in, and on another a very mad and lost patient.

In 1978, I had an experience which I now understand to be that of the kundalini rising. I was at the European Conference of Humanistic Psychology, surrounded by love, community, honesty, and wisdom – exactly the opposite of the first situation. At a lecture of Elisabeth Kubler-Ross about death and dying, as she spoke of dying children in the concentration camp drawing butterflies on the wall, an energy column rose up my spine and exploded into my head. I stood up and began to cry and cry and cry. And then all tension left my body, and I moved into an altered state of heightened awareness. I was fully and happily at peace with myself and with life.

When I returned to London, the experience continued for days. The spirits were whispering constantly. Each tree and flower I met spoke to me. Each blast of wind felt like winter; a ray of sun was summer. I didn’t sense a supreme God figure, but rather a world of Spirit with a community of spirits of which I was part. I also felt that I was part of a spiritual network of people all over the world who were in psychic communication.

I had a sure knowledge that I had lived many lifetimes before and as I walked around London in this altered state, I had an experience I thought of as ‘a city in history.’ It was as if all the centuries were happening simultaneously. Ordinary scenes looked mysterious and otherworldly as if I was seeing the present moment set in the larger frame of lifetimes. The women standing in the bus queue chatting could almost be speaking in tongues. Extraordinary coincidences seemed normal.

I was definitely not in the normal everyday reality, and yet I was not mad. 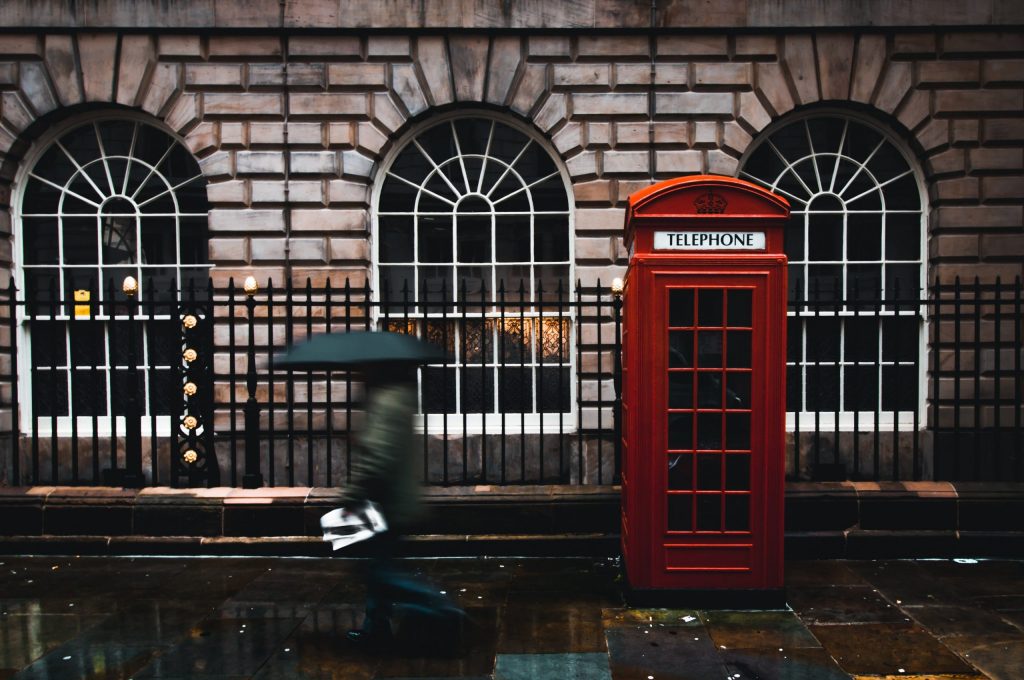 This experience had a compelling power that reminded me of that walk up Finchley Road when I was going mad. It was as if all the mad thoughts I had then were echoes of some kind of spiritual truth, distorted because they came through the illness, and now I was well enough to get the original and correct version.

Then I was confused about time, wondering what century I was in. Now, time had expanded and it was as if I had access to past, present and future.

Then I was lost. Now I felt I had come home.

When I had no control over what was flooding in. Now I welcomed it and knew I could stop it at any moment.

We go mad when the personal unconscious floods the conscious mind, and daily life is like being in a dream, or, more usually, a nightmare. But deep insights from the spiritual unconscious can come mixed up with the mad fantasies so that it is hard to tell which is which.

In general, we need to be strong and balanced enough to safely hold these out-of-the-ordinary energies and stay sane. Also, we need wise and experienced guidance of a kind that is not taught in most medical schools nor, for that matter, almost anywhere else. And we need the ability and willingness to trust someone at such a vulnerable moment. While the staff at the hospital thought I was beyond reason, and not worth explaining things to, the patients were the ones I could trust to tell me what was true and what was not, and what my value was.

Yet equally, wisdom is not just wisdom. Some of the thoughts and beliefs I was having during my spiritual experience, were more flaky than wise. I figured out that the crazy stuff was whatever fed my ego and made me feel special, or was a product of wishful thinking. Predictions made with this sort of motivation did not work out. Yet other predictions, which came to me unbidden and were surprising rather than sought after, did come true.

I figured out that enlightened or wisdom states have an inclusive quality that makes you feel part of the world, and the world, part of you, while mad states have a more paranoid quality where you believe some people are okay and some are not.

Whether you believe you are hero or sinner, that you personally have a special heroic role to save the benighted world, or you alone are terribly at fault, as long as you are at the centre of the story rather than a part of it, it is probably illusion.

When I was mad, I had no common sense about what could or could not be real. In a wisdom state, I knew I needed a new kind of common sense. While I had learned the laws of scientific evidence in school, this new world required a whole new set of objective principles with which to judge truth, and I had to develop this. But I also needed to be open to feedback from loving and wise others, who could tell me when I was straying from inclusive truth into ego bolstering states where I could heal the sick and raise the dead.

Into the Woods and Out Again 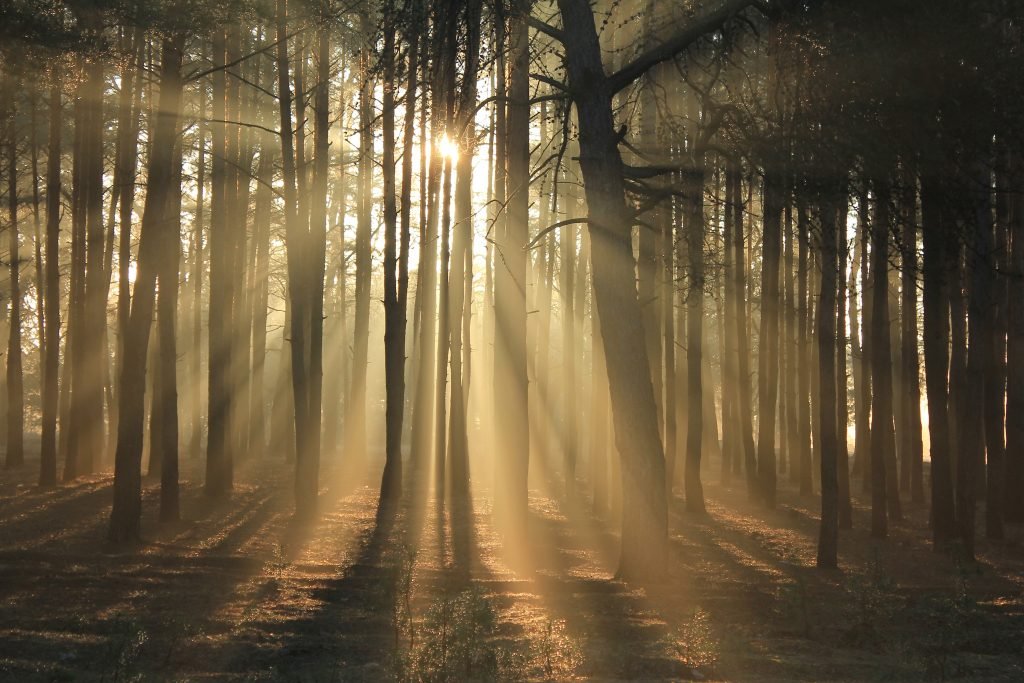 Going to other dimensions in order to shed light on the world of everyday reality, has played a pivotal role in my life. Madness is one way I’ve expressed my inability or unwillingness to confine myself to the dimension that is called ‘the real world,’ and once was definitely enough. Altered spiritual states or wisdom states were another, and these were so wonderful that I yearned for them when they left me. To find a middle way, I developed my work with imagery, which I have called Imagework, a kind of technology of the imagination that I have pioneered to gain access to and work with the deep level creative images that can help us understand ourselves and guide our lives. I call this the radical imagination or the genius imagination. Instead of being overwhelmed by the sea of the unconscious, you are donning a diving suit to dive safely into the sea of the unconscious, and come back with treasures.

Even setting up a magical holiday experience on the Greek island of Skyros, as we did some years after these events when we founded Skyros Holistic Holidays, was an attempt to illuminate everyday life by creating an extraordinary world with different rules and indeed a different approach to what is conventionally called reality. And it did sometimes feel like another dimension, full of powerful dreams, amazing coincidences, and magical events.

At the centre was the creation of what I call a ‘soul community ‘ in which people are accepted for who they are and who they are becoming. An honest and loving community was what helped me to heal in the hospital. It was what made possible my breakthrough into a wisdom state. And it is what I came to understand the whole universe was made up of.

It is a soul community that enables us to transform, and yet still be safely held in the world of everyday reality.

Dina Glouberman’s new memoir Into The Woods and Out Again (June 2018, £9.99). In it, Dina reveals the inside story of her remarkable life, ranging from her experience of madness, to her adventures setting up Skyros Holistic Holidays on a Greek island.