Laughing at Spirituality to Find Our True Selves: An Interview with JP Sears

Perhaps our ability to laugh at ourselves and not take ourselves too seriously is what increases our spiritual growth. – JP Sears 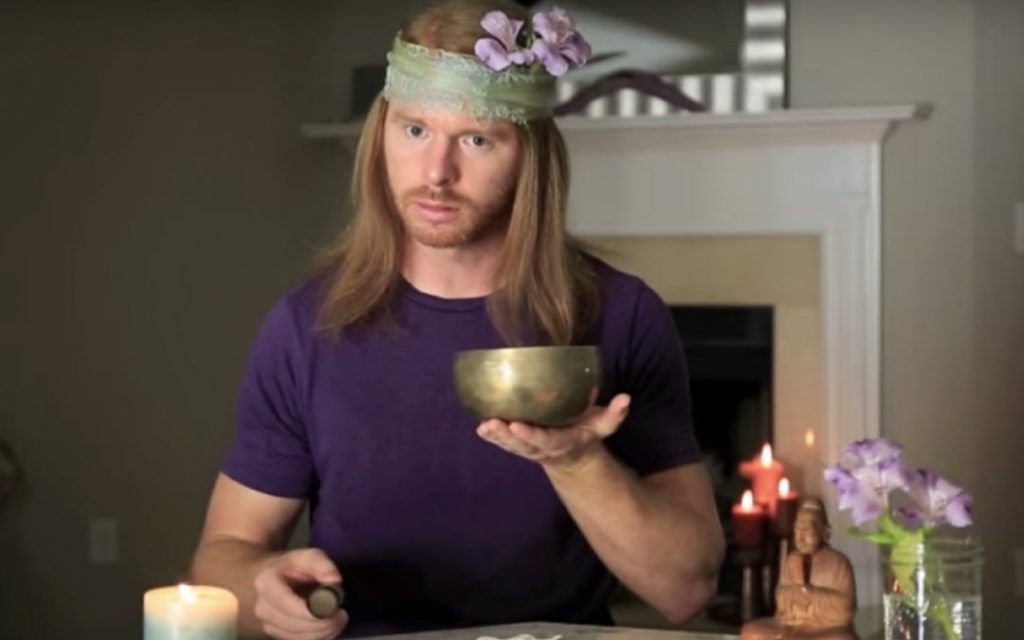 JP Sears is an emotional healing coach and YouTube star who gained popularity thanks to his videos about the Ultra Spiritual Life on which he talks about spiritual topics in a sarcastic manner. He holds a certification as a Holistic Coach Advanced Practitioner, so why would he want to mock the spiritual lifestyle? Well, read the phrase above and you’ll find the answer.

So how a kid with the dream of becoming a professional football player transform into a peaceful healing coach who doesn’t even follow the NFL because he hasn’t had a TV at home for the past 12 years!

Claire: How did you decide to give a humorous touch to your videos?

JP: Looking at my life is how it all started. I had a lot of hypocrisy in my spiritual practice and looking in the world around me, it started to look like other people did too. I recognized how I was doing spiritual things in a pretty unspiritual way. I was creating a sense of separation between me and others by having these thoughts –I’m better than them because I meditate and they don’t– or –look how angry and controlled by their emotions they are and I’m not, so I’m better.

To me, real spirituality is about unity and oneness, and dissolving lines of separation. But I started to realize that I was using my spiritual practice and spiritual beliefs to create more separation and division between me, other people and even within myself. I was separating a side of me that just needed to get angry sometimes, but I would think –you’re not allowed to be a part of me because being angry isn’t spiritual; pretending I’m not angry is more spiritual. So, really I was becoming very inauthentic and justifying it with my spiritual language.

I needed to come to terms with that and my videos helped me do that. And I would say it’s also very important to my heart to invite other people to help themselves and free themselves from all dogmas. To be free of beliefs, practices and pain that’s holding them back. So I wanted to have a voice and share my perspective and using a language of humor is very natural to me. I think it’s also much more effective than just getting on a soapbox and preaching to people.

Claire: How have you transformed your thoughts?

I believe that as human beings we’re all judgmental. We have intolerances that we project onto other people and I think it’s graceful when we can accept –Hey, I have judgments and I’m intolerant of people who are sometimes different than me. It’s graceful to be honest, transparent and authentic with that. I think it becomes destructive when we try to take the judgmental and intolerance energies and hide them behind something that looks noble. Whether that is veganism, spirituality, yoga, meditation, or whatever it is; eventually those energies will get expressed no matter where we try to hide them.

We can’t fool ourselves. We can listen to our own words – well I’m talking about veganism and why you shouldn’t eat animals—, but if I feel how I’m talking I realize that I’m not expressing veganism, I’m expressing a lot of judgment and self-righteousness. So I think it’s very important that we connect with those shadows inside of ourselves rather than disconnecting from them by trying to hide them.

Claire: As a child, what did you want to be when you grew up?

JP: When I was a young young child I wanted to be a professional (American) football player. Wearing helmets, running around and hurting each other. I played a bit when I was 12-14 and it was fun, but then reality starts setting in –OK, I’m probably a 100 pounds underweight to play professional football and lack the athletic supremacy–. And even if I did have the ability, I didn’t know if I wanted to beat the heck out of each other for the rest of my life.

Claire: What was your position on the field?

JP: I was a running back on offense and a strong safety on defense.

JP: I haven’t watched a football game for 12 years, maybe longer. I made the decision by 12 years ago that I don’t want a TV in my house. I think one of the best ways to get in touch with ourselves is to eliminate that which distracts us from being in touch with ourselves and I think televisions are incredibly distracting. Not only the shows, but also the commercials are very much set up to monopolize our attention.

And a lot of people, specially with sports, they’re paying attention even when they’re not watching the game talking about it with their friends. And there is nothing wrong with that, however, for me that’s a huge distraction for myself. I personally think that living without a TV is one of the best mental plans that a person can do. By no means it is the only step, but it’s a powerful step to connecting more and more to our self. 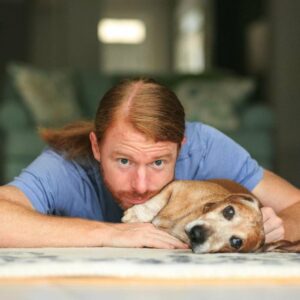 In case you were wondering –no, he has never seen an episode of Game of Thrones and has no idea what it’s all about. But he does have a Skype account which he uses to work with people all over the world who are looking to resolve pain in their heart or step deeper into their true self. This practice has been the backbone for what he does the past 14 years.

In addition to the coaching sessions, the YouTube videos have opened up doors for JP. Now he’s also a public speaker, he leads retreats on personal empowerment and offers workshops and classes about emotional healing and self growth. If you’d like to hear his advice through personal inner coaching sessions, go to his website AwakenWithJP.com and get in touch with him.

Want to complement your sessions with a yoga retreat? Go to BookYogaRe