My Spiritual Awakening After a Terminal Cancer Diagnosis 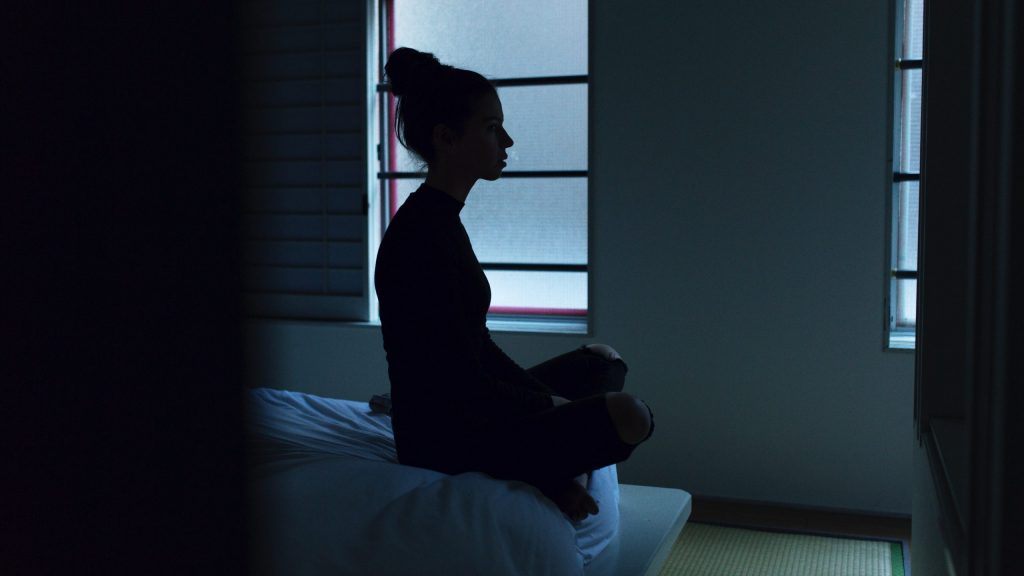 When, at the age of 48, I was told I had “incurable cancer”, I wasn’t sleepwalking through my life. I had been treading a conscious path since the bulimic days of my early twenties propelled me into a quest for my value, gorgeousness and raison d’être. I had been teaching people from all realms of life how to engage with “lifeshocks” – those unexpected moments that blindside us and slap us awake – for over twenty years. I was making a difference and my hard-won self-regard ran deep.

I had also learned that being “awake” is never automatic. It is a conscious response to what life sends us, every time. We need to stay vigilant and humble. When we are in danger of being struck by enlightenment, something will swiftly knock any lurking entitlement to that enlightenment on the head.

Had I become complacent without realising it? Had the happiness I found, relatively late in life, with my husband and daughter put me back to sleep without me noticing? Or do life-shocks get louder so that we can hear the parts of us we have silenced? Do their blades sharpen as our commitment to authenticity strengthens, cutting through the thickest layers of self-protection to reveal the deepest fears that lie beneath? This has been my experience. I used to believe that working on myself would bring me lasting contentment and make my life smooth. Then I realised I didn’t want smooth. I wanted real. I wanted wonder. I wanted the grist that delivers growth.

My mentor once said to me, “Be very careful what you wish for, Sophie. You might get it.” He wasn’t kidding.

I didn’t wish for this illness. I would return it to sender in an instant if I could. But I had long wished for a direct relationship with the sacred in my day-to-day life, one I didn’t need to go ‘on retreat’ to find.

To a significant extent I had found this by engaging with lifeshocks, which I came to see as imprints of the divine. All my life I have encountered Something Greater in the ebb more than the flow. I have never encountered the divine by going to church or a temple. Nor even in meditation, which I practice for other benefits. Instead I have found the sacred in the slime and peace on the other side of pain. I find it in those ‘lifeshock’ moments when what is so confronts what I believe is so – until all the bullshit is shaken loose. I had learned to let lifeshocks kiss me into consciousness every time I fell asleep, which was often.

But terminal cancer raised the bar.

I have had multiple brain tumours three times in as many years. On the second occasion, I had a procedure called Gamma Knife radiotherapy, which targeted 27 lesions in my brain. A metal frame was screwed to my head and I was locked into the machine, stock-still, for eight hours. I had cultivated many failed versions of stillness over the years: going on retreats, wandering alone across mountains hoping stillness would bleed through the clouds; pursuing it like a destination; chasing it like the end of a rainbow. If I was just aware enough, diligent enough, loving enough, ‘spiritual’ enough (whatever that means), then surely stillness would be mine.

But as I lay as physically still as I have ever been for a prolonged period, I encountered an unexpected paradox: stillness moves. It opens its doors at the place where searching ceases. When I enter it, it enters me – not as something passive and silent, but as something animate and lived. Like finding a rapturous yes to being locked in a machine for eight hours while parts of my brain were cremated. This brings surrender and surrender gives birth to stillness. Nothing less will do.

A year later, the tumours were back. This time they threw me so off balance I was virtually bedridden for several months. For the third time, I was facing my deepest fears – of losing my cognitive abilities, being absent in the presence of my beloved family, not being Sophie anymore. I feared these things more than death, by far.

One night, when I was looking for shelter from agonising headaches, I lay my head on the pillow and felt something pulling me down into a deep black chasm at the back of my consciousness. It was terrifying and irresistible. I told myself that if I fell asleep I would never wake up again. For a while, I fought to stay awake, but my exhaustion was overwhelming. So, I breathed deeply, acknowledged I did not know what would happen and whispered, “Thy will be done” as I relinquished all my human desires and illusions of control.

I did wake up. As I write, my brain is tumour free. But something shifted inside me that night. And since then, I have awoken each day safe in the recollection that when I believed I was about to die, when I surrendered everything, I still had the power to choose it, to say yes.

I am now in no doubt that whatever I intend for my life – which matters, of course – must ultimately yield to what Life intends for me. This is what delivers us to the work our souls came to do and a peace we can rest in before we die.

I didn’t set out to be the high profile patient activist I have become in the cancer world. I was called into it by my lifeshocks and said ‘yes’. This was an act of willingness, not of will.

More than this, cancer has made me more honest about my faith. It called me out of the closet about how I find the divine, not the devil, in the details and grace in the apparent grot. So much so I finally wrote a book about how The Source speaks to us through lifeshocks – something I had been putting off for many years.

I live on the brink now, where there is no ducking my mortality and fallibility. I am dispensable – a truth that casts out pretences and frees me to be who I am. Unbridled.

I am now the author I have wanted to be since I was ten. I have found what is mine to write about and mine to do in the world. I don’t know how long I have. None of us do. We are all terminal. But I have been put on sacred notice. I have been invited to live in all of me – not just the intelligence I value, compassion I feel or successes I seek. All of me. To be whole, as Portugese poet Fernando Pessoa proposes, by being “complete in each thing.” Flawed and fabulous, powerless and powerful, at once.

Sophie is the author of ‘Lifeshocks – And How to Love Them.’, published by Coronet. Out now. To learn more about her work, go to sophiesabbage.com